A prominent iteration was shared by the Facebook page Occupy Democrats, but the post (archived here) did not indicate whether the MTA was actually responsible for the signs:

However, many sharers were unaware that the signage was not “official“: 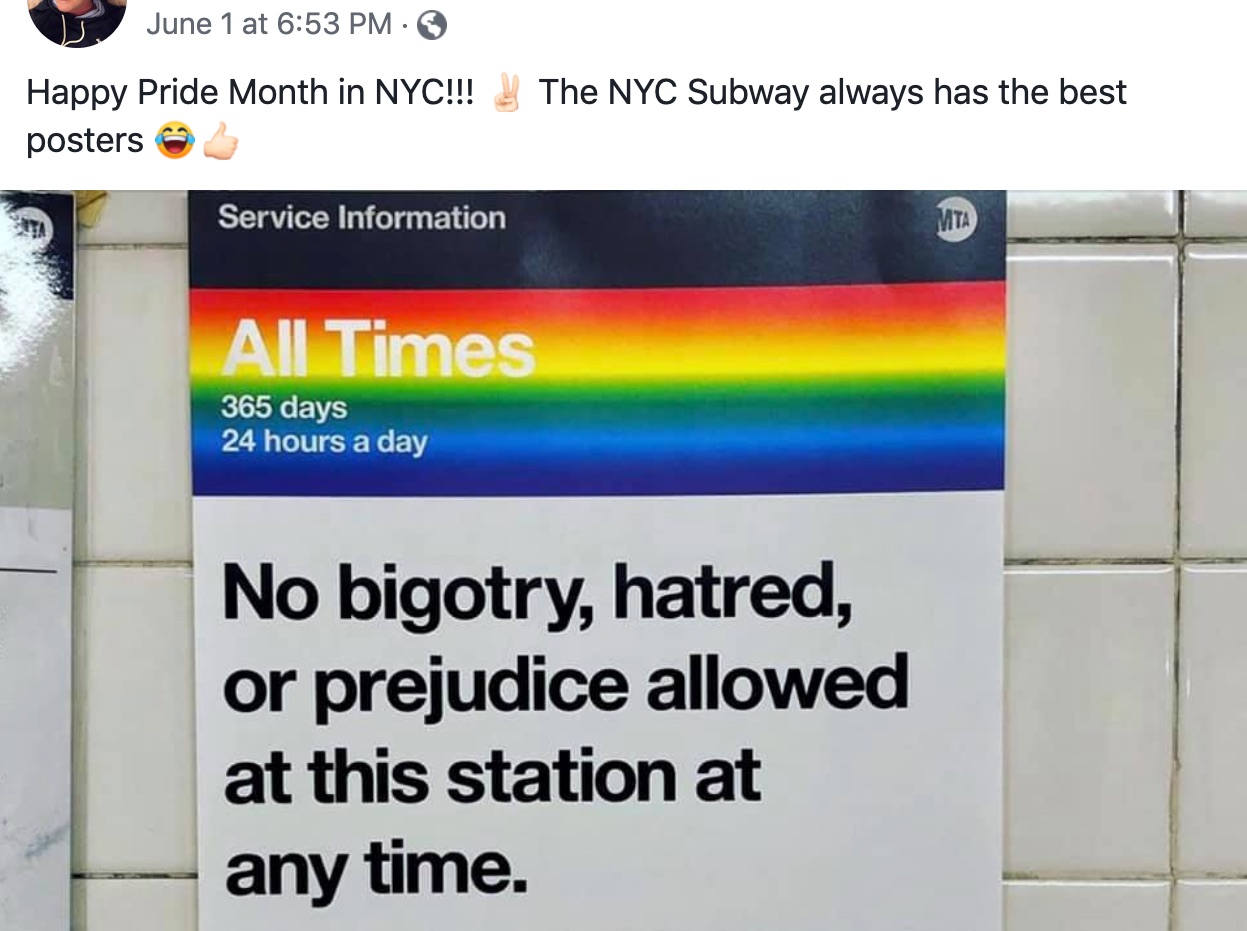 Hi, Doug. Our World Pride Month MetroCard distribution will start May 30th at Christopher street – Sheridan Sq station at the booth and MetroCard vending machines. The MetroCards will be distributed until inventory has run out. (1/2) ^KF

No mention was made of the posters, which all bore a sentence in small print at the bottom: “Follow @PrideTrain on Instagram for more.” That Instagram account was linked to an Etsy store retailing some of the signs seen in the images.

In addition, a School of Visual Arts (SVA) tweet from 2018 announced the signs:

A linked page made it clear that it was not an official NYC MTA campaign (which should have been somewhat evident from the tone of the signage, such as “tip your drag queen” and “don’t be a drag, be a queen.”) In fact, 2019 marked the third anniversary of this campaign:

Necessity may be the mother of invention, but a sense of urgency also breathes life into a creative response. Last June, President Trump, a leader who campaigned on the idea that he would govern as a friend and ally to the LGBTQ community in the run-up to the election, made an unthinkable about-face: unlike past presidents, President Trump didn’t acknowledge June as Pride Month (and has yet to do so again in 2018).

The failure to recognize Pride Month felt like a step in the wrong direction. Disturbed by this, and also noticing a growing number of alarming hate crimes in the wake of the administration’s policies, enterprising SVA faculty and alum Thomas Shim (BFA 2011 Graphic Design) and then-students/now-alumnus Ezequiel Consoli (BFA 2018 Design) and Jack Welles (BFA 2018 Design) sprang into action and came up with the Pride Train initiative: a clever guerilla campaign masquerading as MTA service announcement posters. The message: no intolerance is tolerated in our city.

The MTA did mark Pride month with limited edition MetroCards, but not service-related posters.