"The Earth is almost never shown like this, and in the meantime, this is our planet from the side of the Pacific Ocean."

On January 4 2022, an Imgur user shared a purported image of Earth “from the side of the Pacific Ocean”: 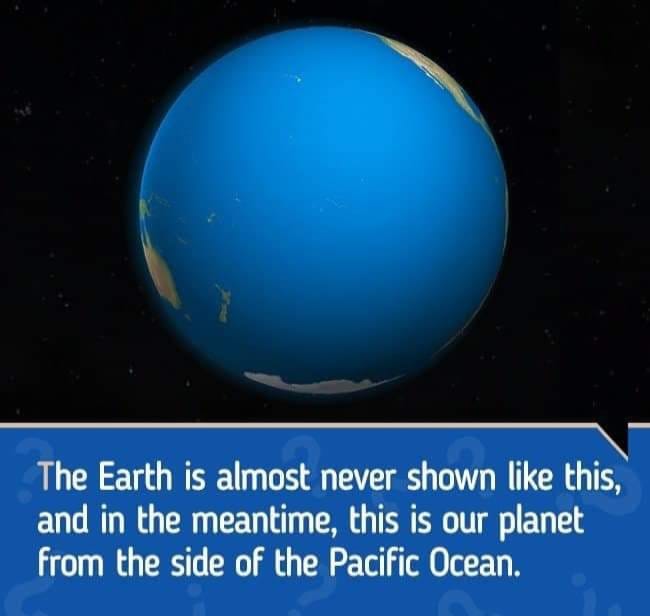 Underneath an image without a labeled source, text read:

The Earth is almost never shown like this, and in the meantime, this is our planet from the side of the Pacific Ocean.

A reverse image search returned only one match shared previously to Imgur — this on December 26 2021 — and we located a tweet published on the same date. However, the January 2022 Imgur repost cropped off two possible sources for the image — @Wikimedia and @Satisfact: 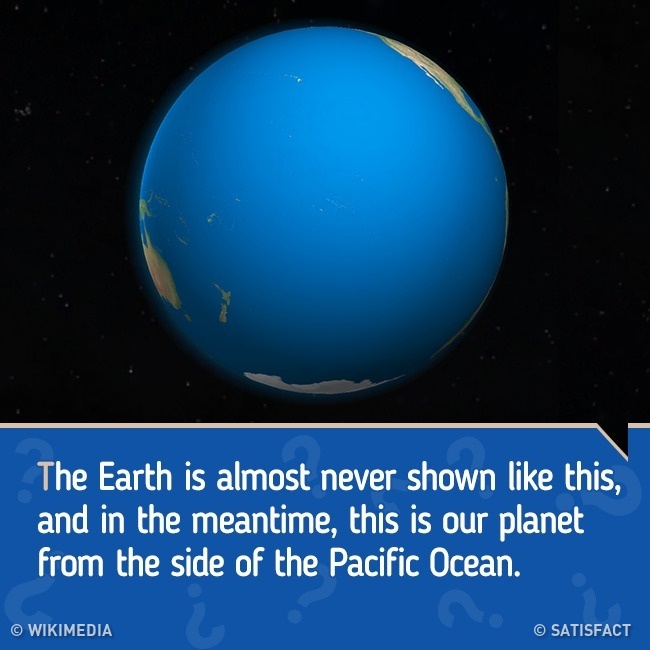 Originally, the meme was shared by the Facebook page @Satisfact on December 22 2021. Aside from the two watermarks, no contextual information for the image was shared alongside that initial iteration.

We located one largely unrelated iteration featuring the image, apparently sourced from the @Satisfact Facebook post, which was published on December 27 2021. On the page, the image was broken up into the “map” portion and the “text” portion; a reverse image search returned two far older results.

The first result was no longer functional, but the second led to a Wikimedia Commons entry created on November 24 2015. A brief “Description” field provided the nature and source of the image:

Digital rendering of the satellite view of the Pacific Ocean. This globe rendering is a screenshot from the Globe Master geography game, shared by the game authors. For the globe texture, Whole world – land and oceans composite image was used, created by NASA/Goddard Space Flight Center (public domain).

A meme twice shared to Imgur in December 2021 and January 2022 was labeled as “our planet from the side of the Pacific Ocean,” but even the uncropped version didn’t clarify the source or nature of the image. The top image of Earth was a screenshot of a “globe rendering” created using a geography game called “Globe Master” in November 2015 or earlier. However, as any globe can tell you, the image itself is reasonably accurate.