On March 14 2022, Twitter user Qasim Rashid tweeted about purported oil and gas prices in June 2008, in contrast with their prices in March 2022:

If you're blaming anyone but greedy oil companies for their price gouging—you've bought into propaganda that hurts you more than anyone else.

A popular March 14 2022 Imgur screenshot made a similar point. It referenced a March 12 2022 tweet by user Sean Eggman with similar (but not identical) proportions, stating:

On March 15 2022, Vermont Sen. Bernie Sanders (I) tweeted along the same lines, claiming that the price of oil in 2022 was lower than in 2014 — but that a gallon of gas was more expensive than it was eight years prior:

Why is the price of oil LOWER today than it was in 2014 while the average price for a gallon of gas nationwide is 80 cents a gallon HIGHER than it was eight years ago? Answer: Corporate greed. Now is no time for profiteering. Now is the time for a windfall profits tax.

Sanders tweeted about the issue again on March 16 2022:

A Barrel of Oil and a Gallon of Gas, vs. Prices at the Pump

All three examples referenced above alluded to the relationship between a “barrel of oil” and a “gallon of gas.”

Finance site The Balance addressed aspects of the relationship between crude oil barrel pricing and retail gas prices by the gallon on March 16 2022, explaining:

Crude oil prices have determined at least half of the price of each gallon of gas over the last decade. As oil prices change daily, gas prices are constantly fluctuating, too.

The rest of the price of gas is based on refinery and distribution costs, corporate profits, and state and federal taxes.

Gas prices have soared to record highs due to high inflation as well as Russia’s invasion of Ukraine. Russia consistently ranks in the top three oil exporters in the world. In March 2022, President Joe Biden announced the U.S. would ban imports of Russian oil, sending gas prices higher.

President Joe Biden’s ban on Russian oil strikes at one of the largest oil exporters to the U.S., a move that could have wide impact even though imports account for a small portion of the overall U.S. oil supply.

Russian crude oil and petroleum product exports to the U.S. represent 8 percent of all its imported oil and less than 2 percent of the U.S. supply, an NBC News analysis of U.S. and European oil data found. This is a far cry from European nations: About half import most of their oil, and of that imported oil, an average of 20 percent comes from Russia.

Information about crude oil barrel pricing in June 2008 was easy to find, but didn’t seem to match the content of the tweet at first. A June 30 2008 CNN Money article, “Oil touches record but ends lower,” reported:

Despite the pullback, oil prices remain[ed] consistently over $140 a barrel.

Later in that same article, CNN described variations in gas prices between states. California and Alaska averaged around $4.60 per gallon, while Missouri averaged $3.86 a gallon:

$4-a-gallon gas The AAA survey showed that 33 states and the District of Columbia have an average gas price above $4 a gallon [in June 2008].

Alaska has replaced California as the state with the highest gas prices. Drivers in Alaska pay an average of $4.623 for a gallon of gas. Californians pay $4.583 on average for a gallon, and Hawaiians pay $4.408.

The state with the lowest gas price is Missouri, where a gallon of gas averages $3.862.

Gas prices have reached peaks never seen before, but that’s not the case for oil.

“Oil prices have increased over the last year from mainly $60 a barrel all the way up to about $93 prior to the Ukraine invasion. Then when the Ukraine invasion hit, they spiked to about $130 because of the risk of we didn’t know what this oil was going to get on the market they have subsequently come down to about $103 right now, as we’re speaking,” University of Southern California Professor Shon Hiatt said.

The recent spike in the price of oil is not a record high.

Although the 2022 high in crude oil prices never hit the record set in 2008, gas prices have surpassed what was seen in 2008.

In CNN Money’s June 30 2008 article and KNSD’s March 14 2022 article, record high prices for a barrel of oil in June 2008 were referenced. In both instances, the record high was listed as around $140 — not the very specific $181.58 cited in Rashid’s tweet, which we located on a chart showing historical gas prices adjusted for inflation from 1946 onward. 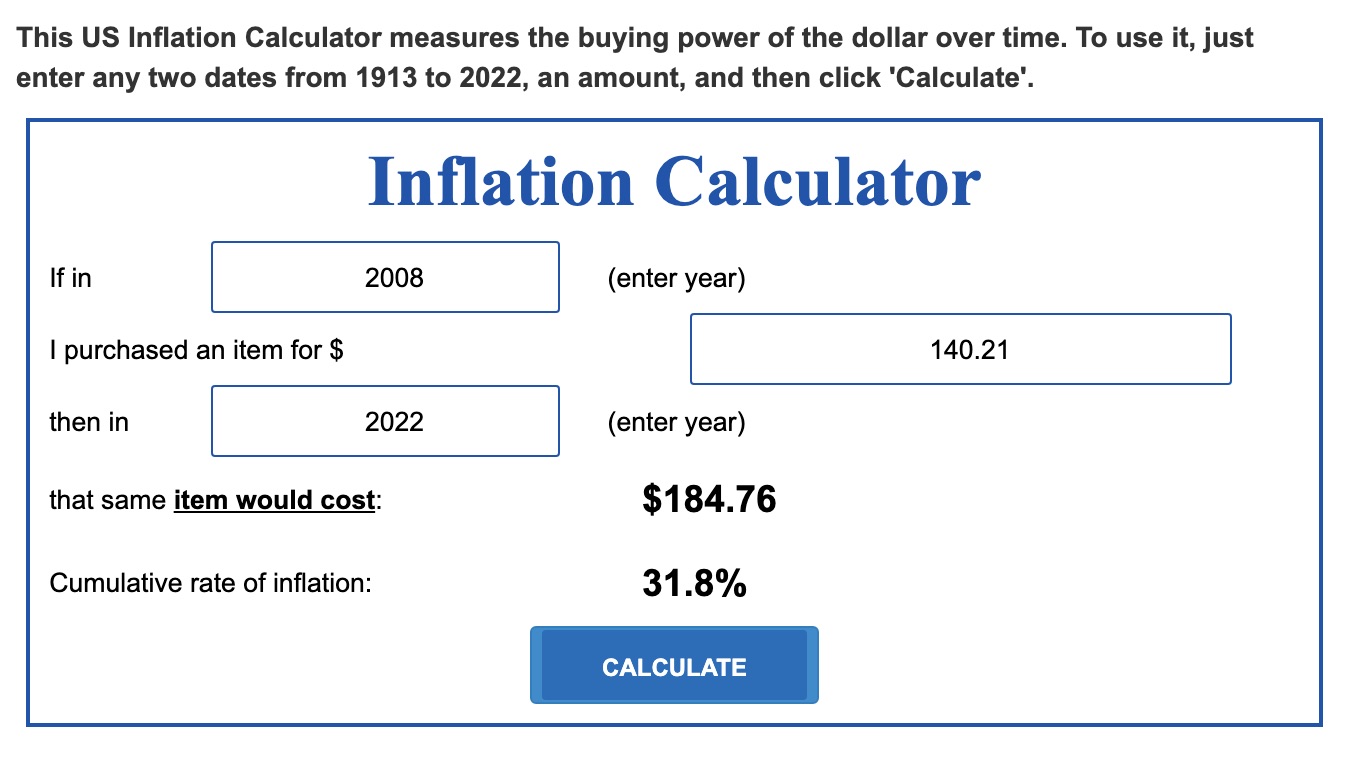 The same chart was prefaced with current information on March 18 2022 as follows:

Interactive charts of West Texas Intermediate (WTI or NYMEX) crude oil prices per barrel back to 1946. The price of oil shown is adjusted for inflation using the headline CPI and is shown by default on a logarithmic scale. The current month is updated on an hourly basis with today’s latest value. The current price of WTI crude oil as of March 17, 2022 is $102.71 per barrel.

Although the price was slightly higher than the $99.76 a barrel Rashid referenced, some time had also passed between the date of his tweet (March 14 2022) and the date of the most recent crude oil barrel pricing, and during a highly fluid and dynamic global situation.

A MarketWatch.com chart tracking real time oil barrel pricing demonstrated a range between $106.26 and $97.51 throughout the day on March 14 2022:

But it cherry-picked its $99.76 figure for the price of crude oil. West Texas Intermediate crude oil is traditionally used as a U.S. benchmark when discussing and comparing oil prices. On March 14 [2022], WTI crude oil hit a low of $99.76, but the closing price was $103.01.

The Facebook post was wrong about prices in June 2008. The monthly average price of a gallon of gasoline was $4.05, and the average price of WTI crude oil was $133.88 per barrel, less than what the post claimed.

“The data set in this posting is misleading because it gives people this impression that crude prices are more stationary than they are,” Gladden said. “In all actuality, they are highly volatile.”

Rashid, Sanders, and others posted about crude oil and gas prices in June 2008 (when the former hit a record high) and in March 2022; several of the posts objected to “price gouging,” referencing high gas prices in March 2022. The latter portion of the tweets represented an opinion, which could not easily be fact-checked. Mathematically, Rashid’s tweet was reasonably accurate when adjusted for inflation. A barrel of crude oil hit a record hig price of just over $140 in June 2008, with gas prices hovering in the low $4 a gallon range. Crude oil prices to date in March 2022 fluctuated between a low of $95.04 and a high of $123.70 per barrel. Although we finally rated these claims Decontextualized, they are not without merit, mathematically or otherwise.