In early January 2021, Rep. Pete Sessions (R-Texas) tweeted and deleted: "Had a great meeting today with folks from 'Stop the Steal” at our nation’s Capitol. I encouraged them to keep fighting and assured them I look forward to doing MY duty on January 6th. #StopTheSteal #legalvotescount"

On June 16 2022, hearings about the January 6th 2021 coup attempt hearings continued; meanwhile, a screenshot of a tweet by an elected  about Capitol visitors went viral — purportedly tweeted by Rep. Pete Sessions (R-Texas) before the insurrection and deleted the day after:

Text on the screenshot read:

Had a great meeting today with folks from “Stop the Steal” at our nation’s Capitol. I encouraged them to keep fighting and assured them I look forward to doing MY duty on January 6th. #StopTheSteal #legalvotescount https://t.co/E6jcMzoB5s

At the time the posts appeared, many Americans were tuned into the third hearing with the U.S. House committee investigating the events around what took place on January 6 2021. As the hearings moved forward, articles about lawmakers providing “tours” to people who later attacked the Capitol were concurrently published.

Consequently, Sessions’ purportedly deleted tweet attracted attention in the context of new or newly revisited details about the events leading up to the Capitol insurrection. Elements of the screenshot matched the user interface of ProPublica’s Politwoops, an archive of lawmakers’ deleted tweets.

Politwoops indeed maintained a record of the tweet, which Sessions deleted on January 7 2021. Underneath “Deleted after 4 days at 2:22 PM on 07 Jan 21,” a link indicated the deleted tweet “was replaced by the next tweet from @PeteSessions.”

The link led to the following January 4 2021 tweet thread, which said:

“On January 6th, when the 117th Congress convenes for the Joint Session, I will support an objection to the certification of the Electoral College. This nation was founded upon free and fair elections. Our nation’s integrity, security, and international presence rely on it.

It is imperative for America’s future that we stand strong for truth and transparency. We must uphold American exceptionalism. America needs to be one of rule of law and of instant replay with a close call. If we neglect to challenge the states in question, whomever gets the

presidency will be seen in a different light. It is in everyone’s best interest to constitutionally verify the result.” #StopTheSteal #ObjectElectoralCollegeVote #DoNotCertify 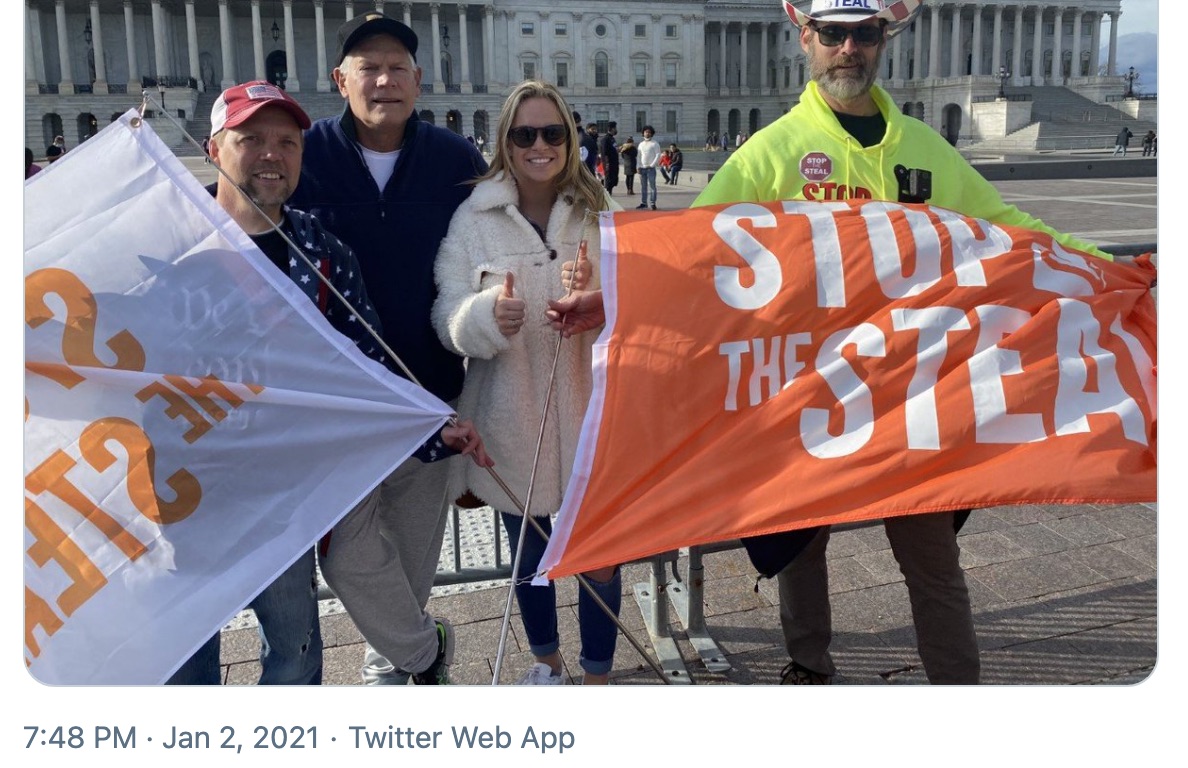 Four individuals appeared in the photograph. Sessions was second to the left in the image, standing alongside two men and a woman (with two “Stop the Steal” flags).

A popular June 16 2022 Imgur post showed a screengrab of a January 2 2021 tweet by Rep. Pete Sessions (R-Texas), deleted on the afternoon of January 7 2021. Although the screenshot accurately represented an authentic, deleted tweet by Sessions, it lacked the photograph Sessions originally uploaded. In it, Sessions posed with three individuals outside the Capitol building on January 2 2021.