On October 6 2021, the Facebook page “Blessed Little Homestead” shared a circulating meme which read, “stand up for what you believe in, even if you stand alone”; Facebook appeared to be automatically marking that specific image as “sensitive content”: 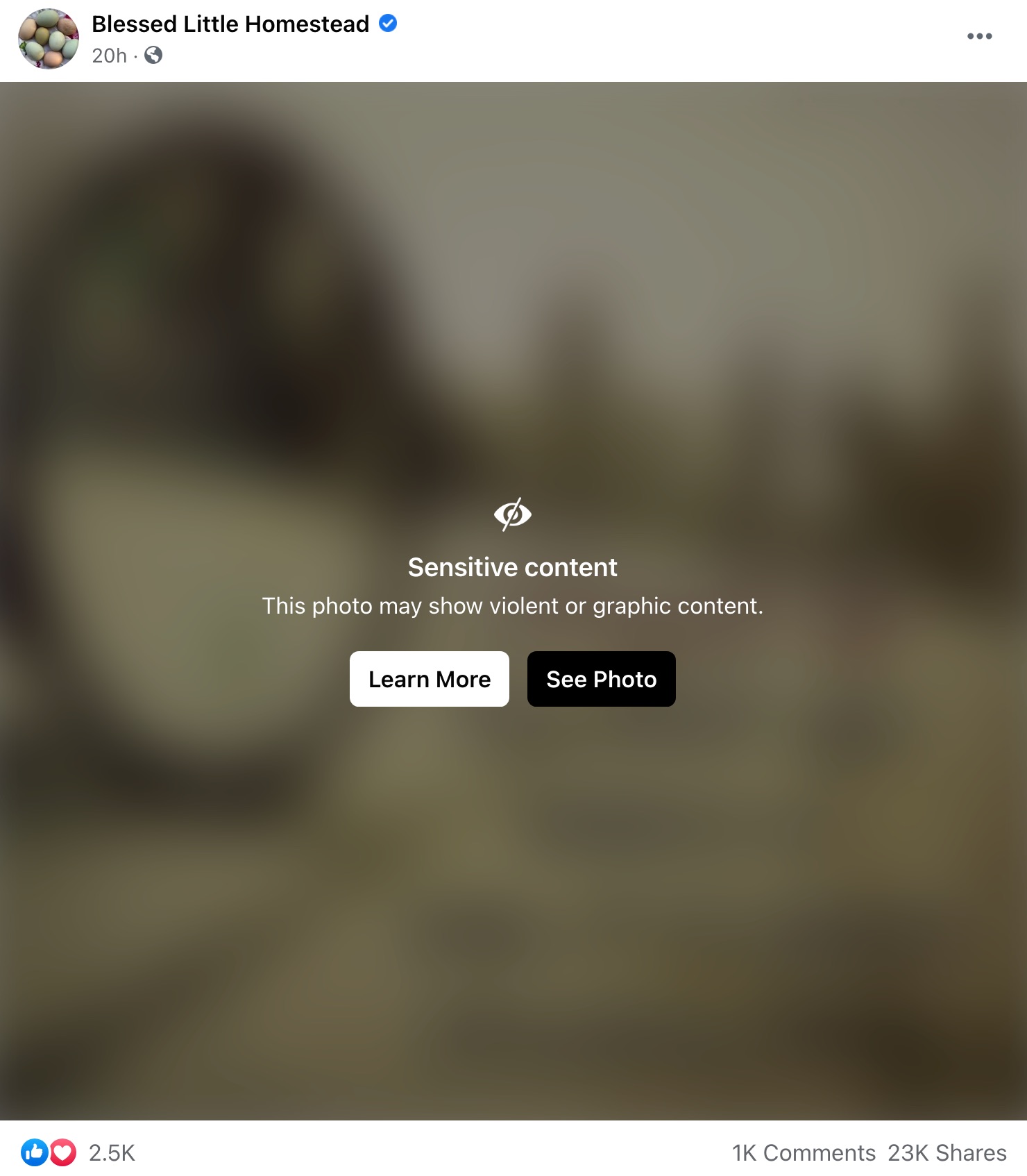 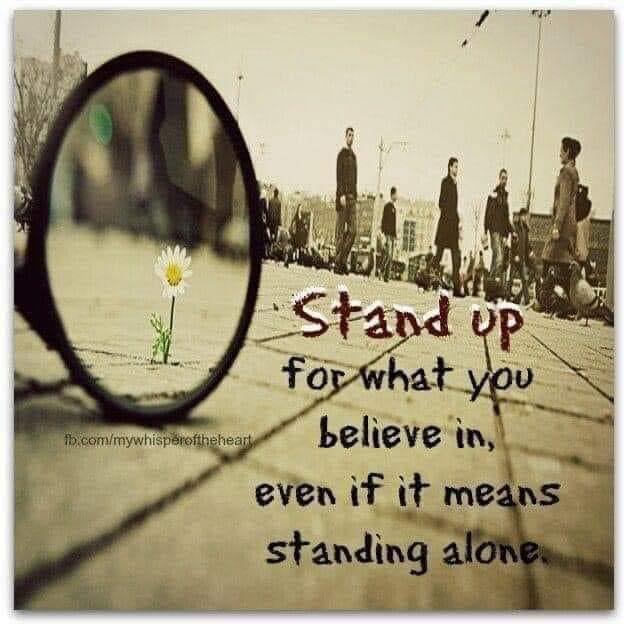 As seen in the first screenshot, Facebook’s “sensitive content” label appeared to encourage outrage-driven shares of the image — which then racked up roughly a thousand shares per hour. One version shared accumulated 18,000 shares on the same day, and a third post (but first chronologically) got 2,400 shares.

Visually, the image and quote were fairly mundane, depicting a crayon rendering of the quote over a sepia-toned image. A crowd milled around in the upper right corner, while a magnifying glass on the left emphasized a daisy (in color).

As usual, some readers interpreted the Facebook “sensitive content” label as an attempt to stifle free thought and speech. One commented:

It’s just a thought, maybe it’s cause it shows a green light in the magnifying glass, but they want all us free thinking people to stop

Over 1K in shares but Facebook Fact Checkers doesn’t get the hint.

Others speculated that false flag reporters were behind the “sensitive content” label:

Either the AI misread the picture, or a group of trolls intentionally reported it as graphic content in order to stir the pot and get more views.
I think I would lean towards the latter.

You have to click "See Photo" twice on Facebook to view a "Stand up for what you believe in even if it means standing alone" meme. Such sensitive content.. 🤦🏻‍♂️🤡 pic.twitter.com/5CVv87unhN

First time I’ve seen that. SMH. A picture of a flower on Facebook that said “stand for what you believe even if you stand alone”, got a “sensitive content” filter. I guess this is big tech’s idea of safeguards. Not surprised though, are you?

Broadly, users inferred that the phrase “stand up for what you believe in, even if it means standing alone” was banned or blocked on Facebook, which was clearly not the case, given that it appeared and could be seen, albeit with a second or two of extra effort in the form of clicking.

A search for “stand up for what you believe in” demonstrated that iterations of the phrase were prolific on Facebook, and with absolutely none blocked by a sensitive content filter: 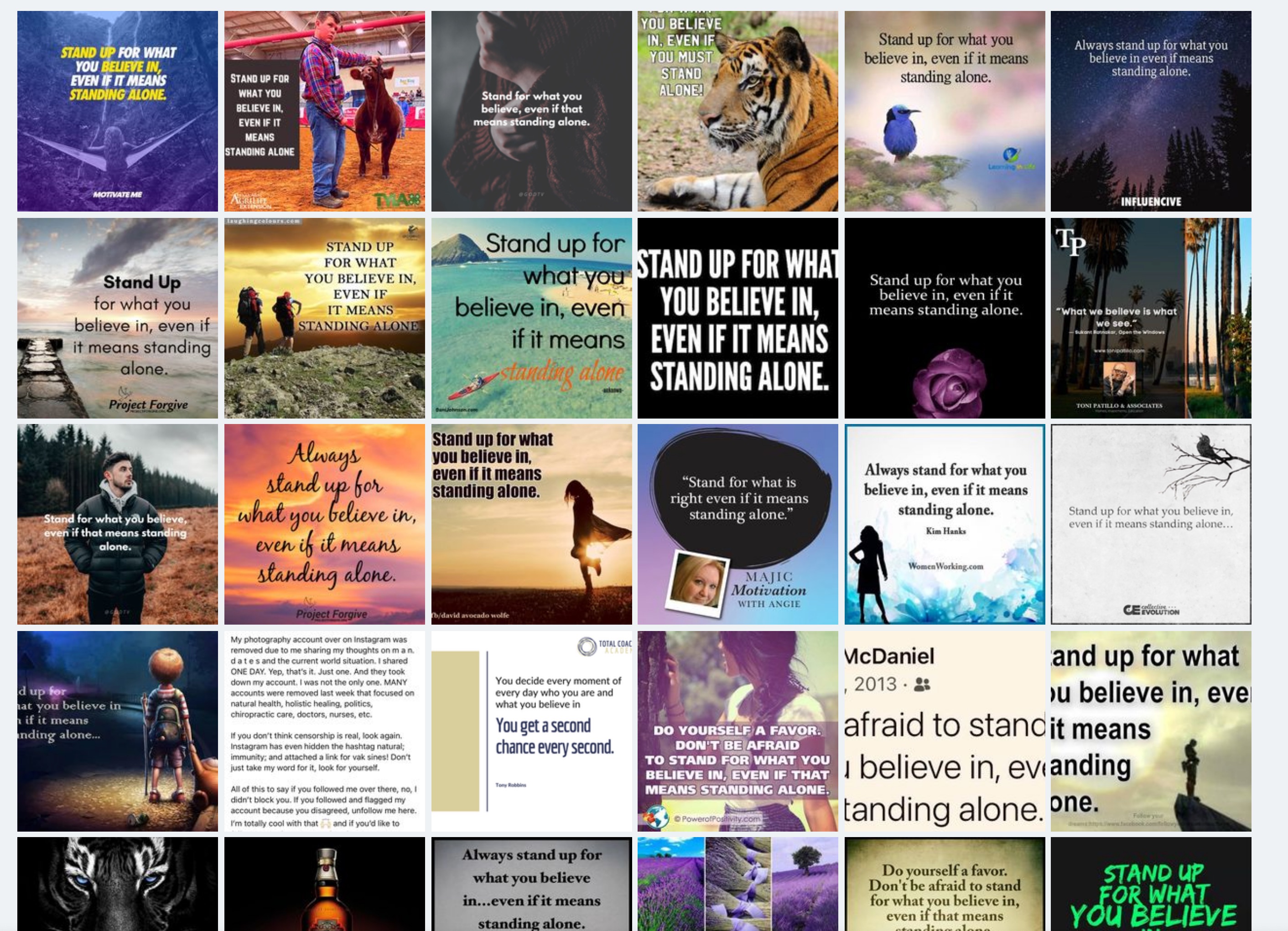 Google Trends data indicated that many Facebook users sought to solve the mystery of why the “daisy” version of “stand up for what you believe in” earned a Facebook “sensitive content” filter; related search terms with “Breakout” level popularity included the image’s watermark (fb/mywhisperoftheheart or “my whisper of the heart”):

“Facebook” and “censorship” appeared as related searches, and comments across the three iterations linked above largely — and erroneously — concluded that Facebook had “banned” the sentiment of the meme, which, again proliferated in different versions across the platform. Nevertheless, why that particular image triggered the “sensitive content” filter was difficult to discern (one person speculated the daisy was a “suicide flower,” and that they had seen that flower filtered before).

In a separate comment, Case-Vaeth shared screenshots to illustrate their hypothesis. In the first post, the cropped image was left uncovered; uncropped, Facebook appended the filter:

In what was effectively a two-level claim,  Facebook automatically added a “sensitive content” filter to a “stand up for what you believe in, even if you stand alone” meme, generating rumors and conspiracy theories about the reasons behind the filter, which could be bypassed with a click. While the majority of commenters and sharers took the filter to mean Facebook banned the phrasing and sentiment, it was easy to find unfiltered versions of the “stand up for what you believe in” memes. Clearly, the variation with the magnifying glass and daisy was specifically offensive to Facebook’s algorithms. It is impossible to say for certain given Facebook’s refusal to relinquish data to researchers, but at least one account pointed out that a distortion in the image looked like a bloodstained “knife” stabbing down toward the people in the image, adding that the image was not restricted when they test-shared a cropped version.