Summary of eRumor:
It’s been rumored that millions of customers boycotting Target in protest of its policy on transgender bathroom use has led to the store’s stock plummeting.
The Truth:
There’s no indication that fluctuations in Target’s stock have been triggered by a boycott resulting from the store’s public support of the transgender community.
Target announced that it would not change the store’s transgender-friendly policies on bathroom and changing room usage on April 19, and the American Family Association announced a boycott of the store on April 20.
By early May, conservative news sites like Breitbart and the Daily Caller were reporting on the impact of AFA’s boycott on Target’s stock prices. Breitbart reported that the boycott had led to a $1.5 billion drop in Target’s market valuation, and the narrative that Target’s stock had plummeted took flight.
However, there’s no indication that Target’s stock prices have been impacted by the AFA boycott at all. In fact, a year-over comparison of Target’s stock prices shows that the company had very similar market performance in April 2015 and April 2016, so the company’s market fluctuations during the boycott aren’t unusual.
Target opened April 2015 with stock prices at $81.83, and it closed the month at $78.78 — a difference of $3.05, according to Yahoo! Finance historical data: 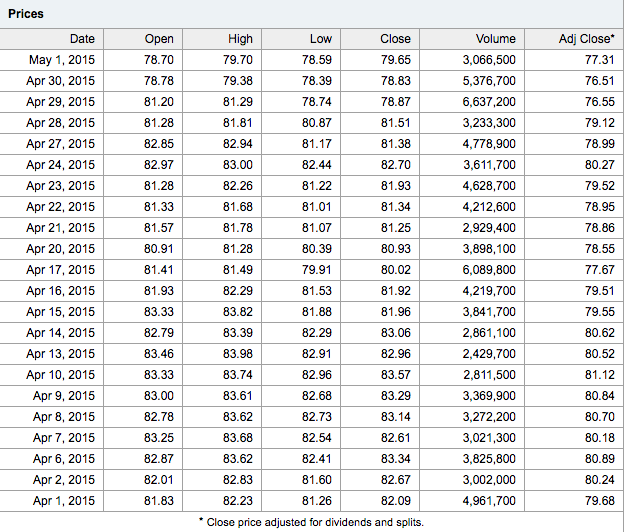 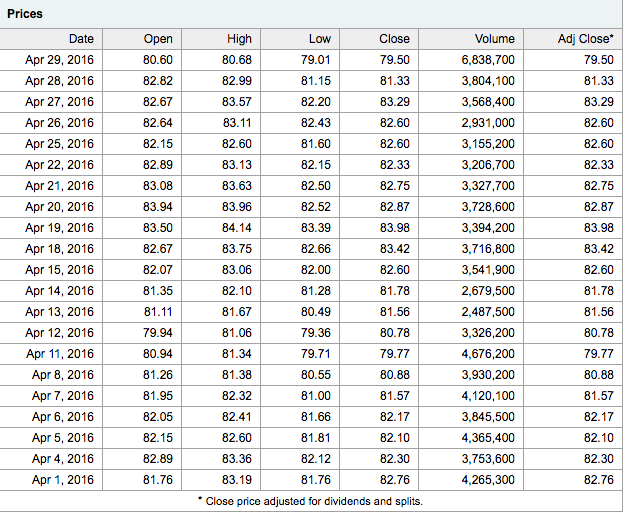