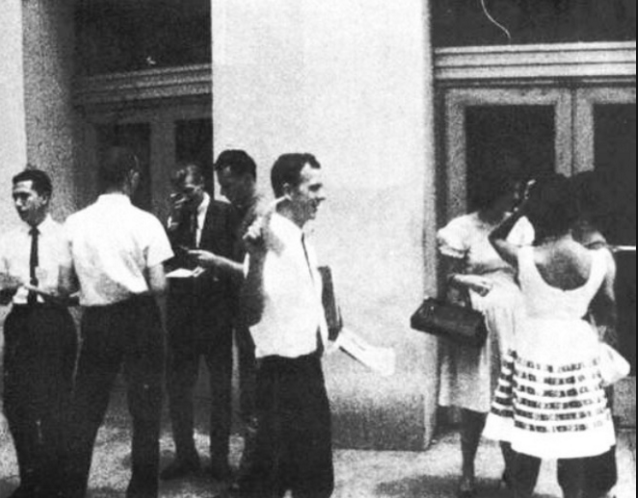 The Wayne Madsen Report, one of the first blog sites to claim that Rafael Cruz was the man pictured near Lee Harvey Oswald states:

Previous questions have surfaced about the 1960s activities of Rafael Cruz, Sr., the father of GOP presidential hopeful Rafael Cruz, Jr. (Ted Cruz). Based on the presence of the elder Cruz, an anti-Castro activist, in Dallas and New Orleans before the November 22, 1963, assassination of President John F. Kennedy, there is a strong reason to believe that Cruz was associated with Central Intelligence Agency’s anti-Castro operations.

The story went viral after the National Enquirer joined the fray with a story headlined, “Ted Cruz Father Linked to JFC Assassination,” on April 20.
Here’s what we know for certain about the photo: it was taken in New Orleans on August 16,1963. A video of the Oswald handing out pro-Cuba fliers that day can be viewed here. Other photos of Oswald handing out fliers that day have also been in circulation for decades.
Here’s what we know about Rafael Cruz, Sr: He was born in Cuba and came to the U.S. in 1957 on a student visa after opposing Batista’s regime as a teenager. He apparently didn’t speak English and spent his early years working as a dishwasher. Here’s the photo from his 1957 student visa application: 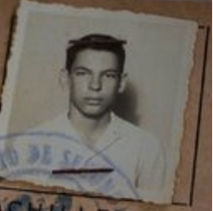