The government of Thailand established seven new provinces with their own administrators in January 2020.

An online hoax dating back to at least 2015 about Thailand having seven new provinces continued to spread as recently as January 2020, according to news and fact-checking organization Agence France-Presse.

The news service reported that a post pushing the false claim that the country had established new provinces circulated on not only Twitter and Facebook, but the messaging app Line as well.

The message, posted in the country’s official language, read:

This morning, Thais woke up to the news that our country has 83 provinces. Do you know that there are now 7 new provinces? There are also 7 administrators and other positions appointed to each department.

AFP also posted a photograph showing part of the message: 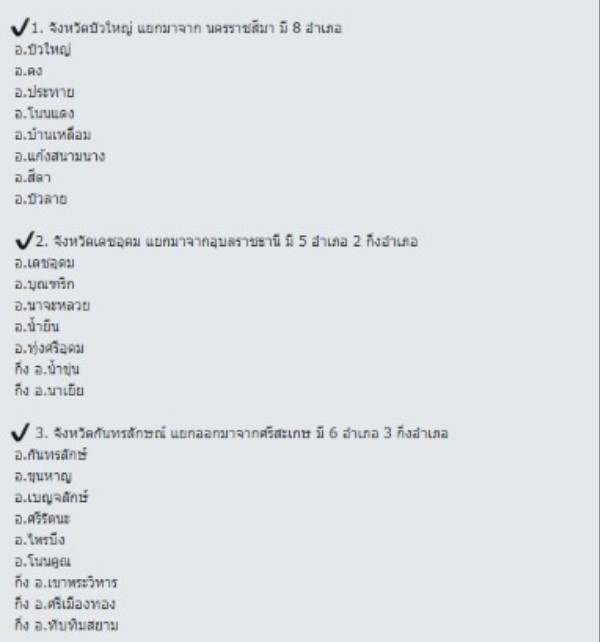 In reality, the country has 76 provinces; the last one to be established was Bueng Kan in 2011.

“The Department of Provincial Administration, Ministry of Interior would like to clarify that this information is false,” the government said in a release. “This message has been shared since 2015, and we would like to inform that Thailand is composed of 76 provinces in total.”

Although it is not immediately clear why this falsehood has returned to social media, many old hoaxes are recirculated periodically on social media for either clickbait or engagement bait.