An aerial photograph shows a large crowd at the "Million MAGA March" on November 14 2020.

On November 14 and 15 2020, purported aerial photographs of the misleadingly named “Million MAGA March” appeared on Twitter:

The images also made the rounds on Parler.com, a Robert Mercer-backed social network embraced in late 2020, in part due to its absence of fact-checking on the platform: 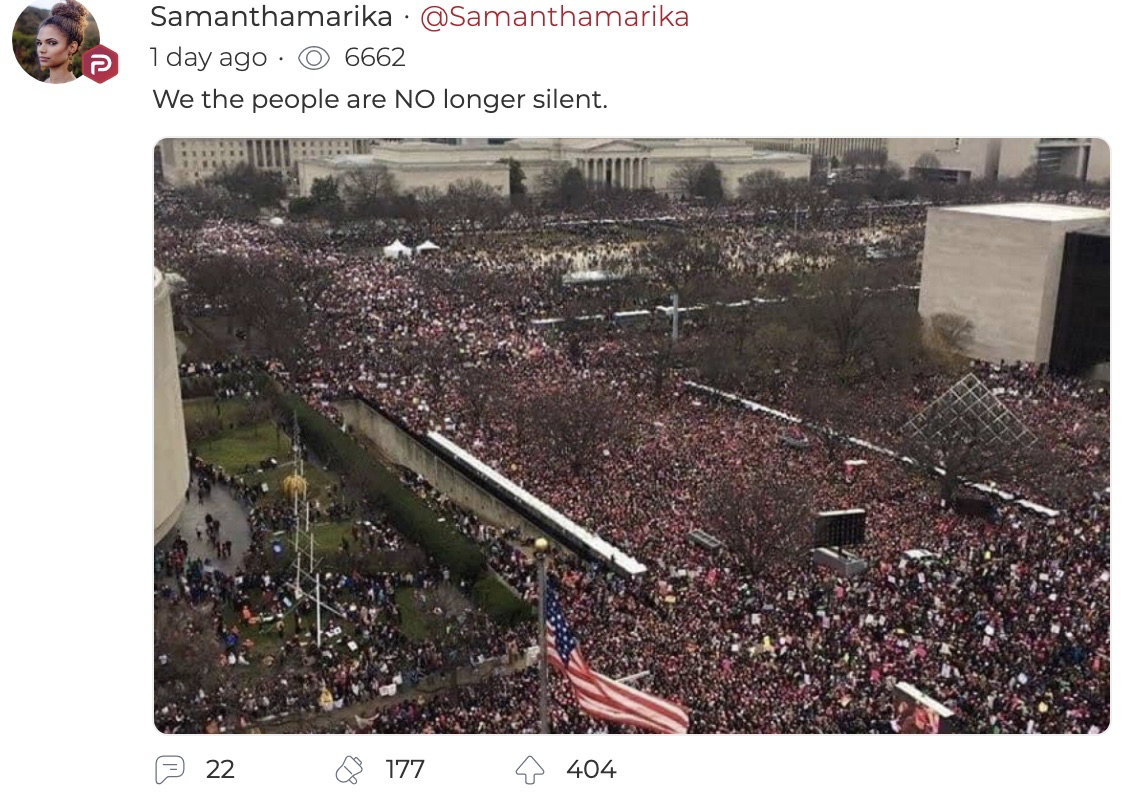 In the above post (which was not linkable), Parler user @Samanthamarika shared the image and wrote “We the people are NO longer silent.” User @TexasTechsan94 shared the same image with a simpler caption: 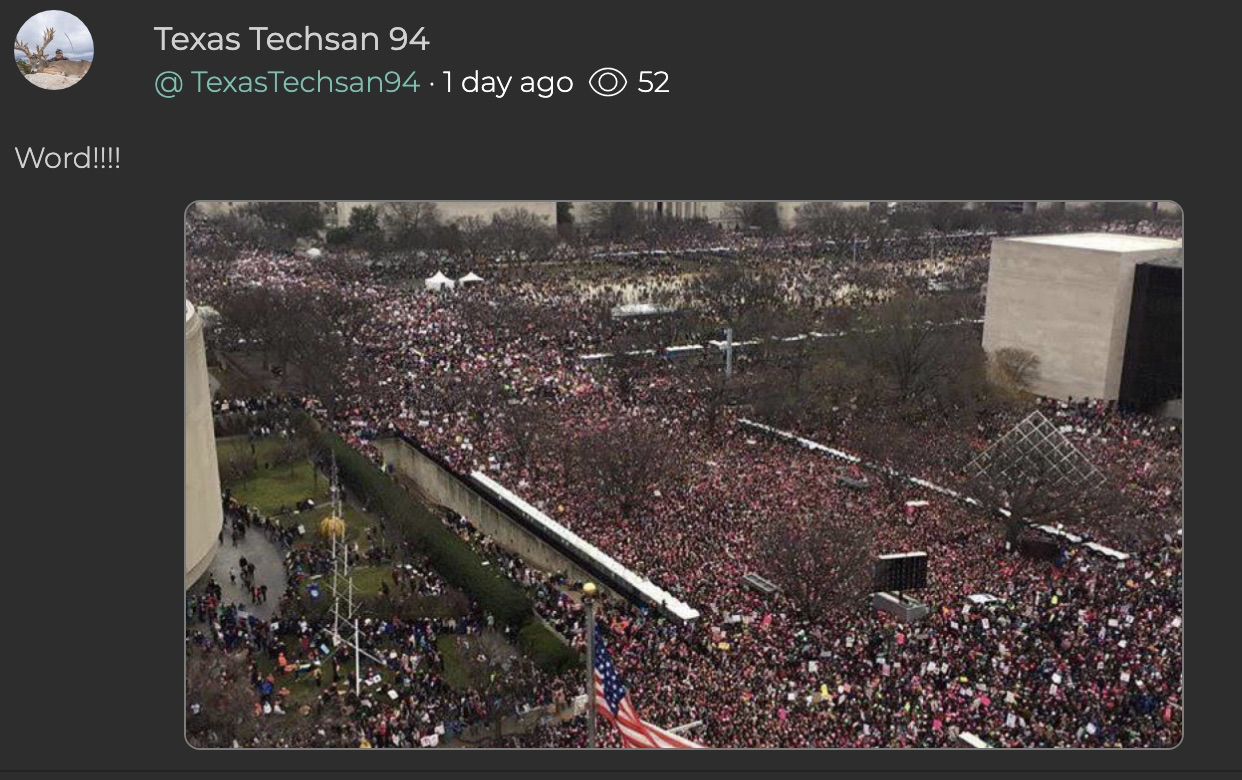 A screenshot of a post attributed to the Proud Boys circulated, but we were unable to locate the original post: 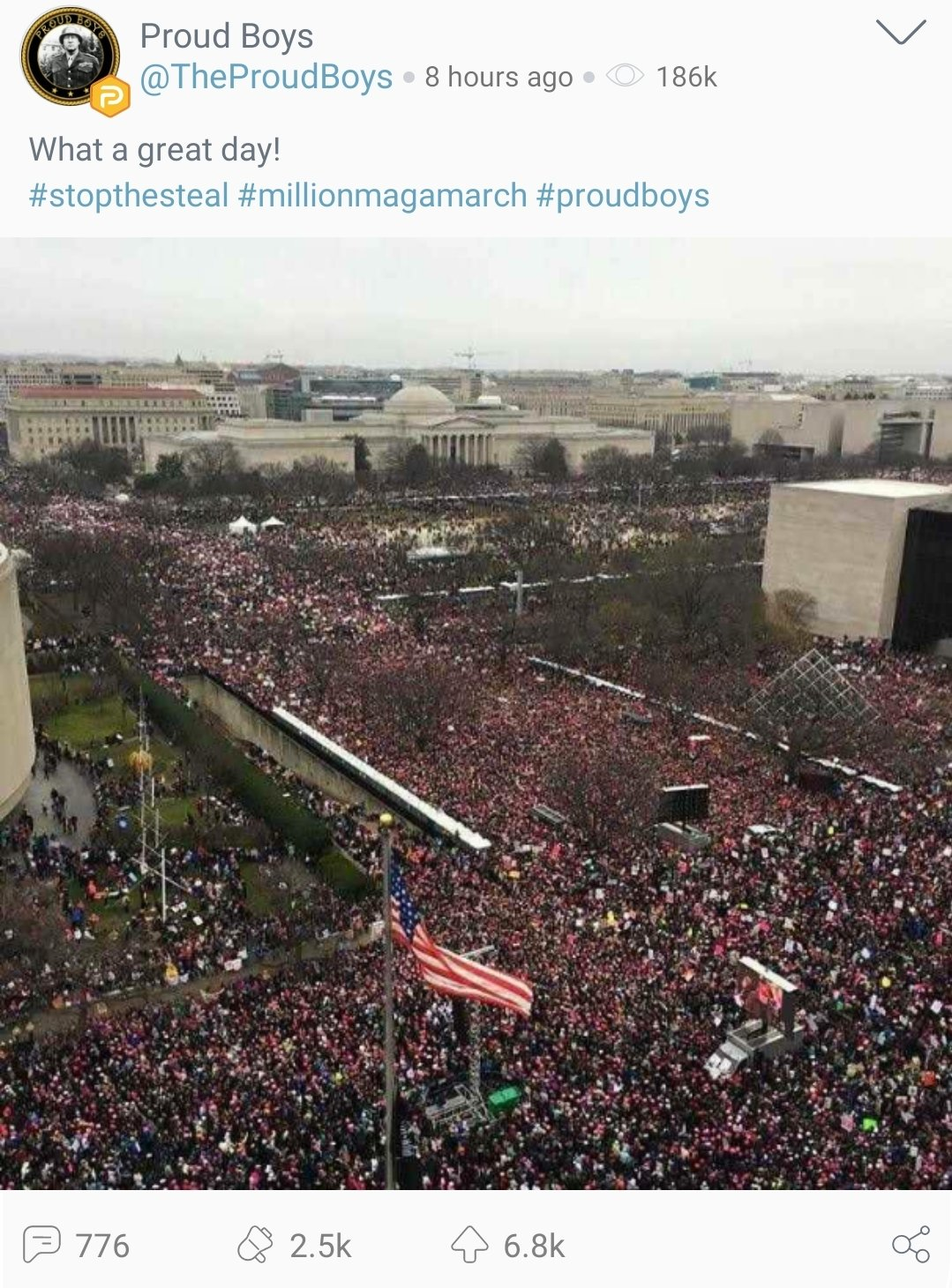 Anti-vaccine and anti-mask disinformation darling Rashid Buttar shared the photograph of Facebook without a caption (archived), and commenters marveled that the size of the crowd was not being reported by “the mainstream media”:

“Holy cow! And this didn’t make the media?! This is history in the making – absolutely historical photos these will be!”

Additional commenters complained that their shares of the image had been flagged by Facebook as misleading or false, which they decided was part of the conspiracy:

“Oh of course the media is saying it from another time. Did you all know that they actually have people on the clock to respond to out comes like this to discourage the Trump votes (think about it!!!!) Soros family is an example !!! They are actually on fb with different names. I did research and found it. I’m going to find it again and post it!!!”

The reason the image was flagged is that it was from a years-old event protesting Donald Trump’s presidency at its outset, not a crowd showing support near the end of the Trump administration. As LeadStories.com noted, the image appeared to be a still from a January 2017 video of crowds at the Women’s March:

Thanks to everyone in this video at The @womensmarch in DC & other cities throughout our country and the world!! #GetInvolved #DontGiveUp pic.twitter.com/kZGY3a6VDx

Although the image did not show the November 14 2020 “Million MAGA March,” it appeared to be one of the most widely shared photographs on Parler.com in the days following that event.