As criticism spread against United States President Donald Trump’s administration for its response to the COVID-19 pandemic in mid-March 2020, one graphic disseminated on social media listed his multiple attempts to downplay the disease: 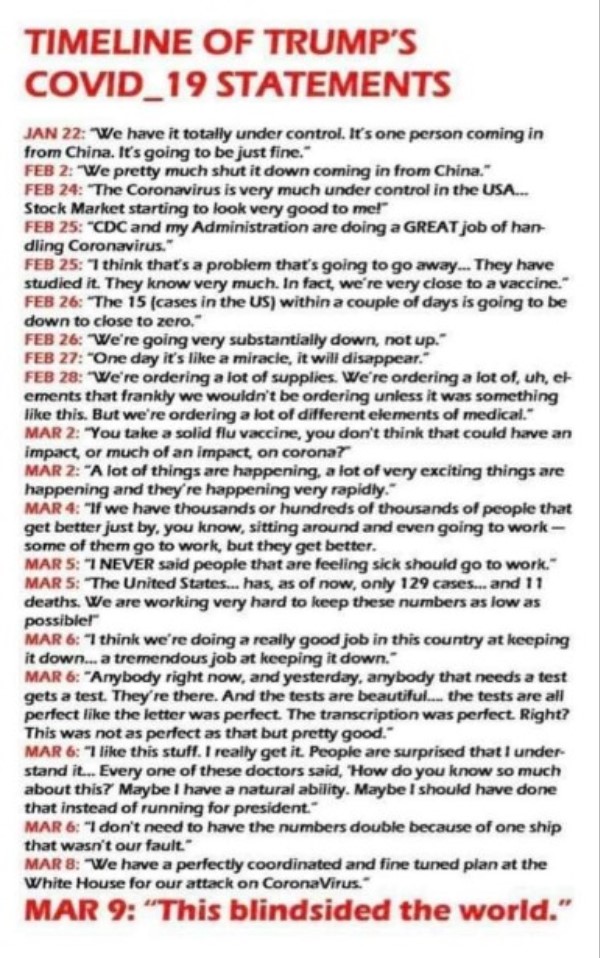 In this case, the graphic is completely accurate. The various statements are correctly attributed to Trump, and each has been verified in independent timelines compiled by news outlets.

A video with similar content, posted by writer Lindsay Holst and featuring audio of several of Trump’s remarks alongside a graph showing the spread of the disease, has been shared thousands of times on Twitter:

On March 17 2020, journalists asked Trump why his tone had shifted so quickly and dramatically regarding the epidemic. He told reporters, “I’ve always known this is a real — this is a pandemic. I felt it was a pandemic long before it was called a pandemic. I’ve always viewed it as very serious.”