U.S. President Donald Trump was caught on video with a bald head during an appearance.

A Twitter prankster released a video mocking United States President Donald Trump on Twitter on November 29 2019, though it gained less attention than a previous effort.

The nine-second clip was edited to show the president removing a baseball cap to reveal a bald head, alongside the caption “BREAKING: Donald Trump stops to talk to #BlackFriday shoppers after a golf outing – forgetting he’s not wearing his toupee,”

BREAKING: Donald Trump stops to talk to #BlackFriday shoppers after a golf outing – forgetting he’s not wearing his toupee. pic.twitter.com/OKshLdwrR0

The clip itself is a fabrication, and a recycled one at that; it was first published online in March 2019 following a visit by the president to his Mar-a-Lago resort in Florida. The real footage shows Trump actually running his hand through slicked-back hair rather than a bald head: 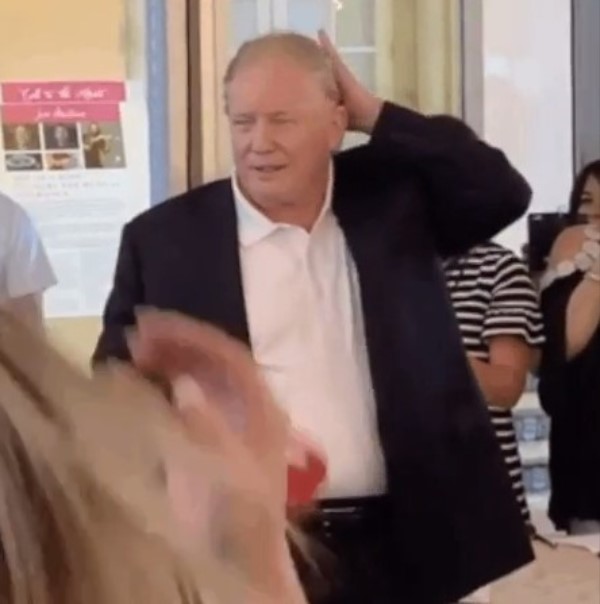 The user behind the newest iteration of the clip was also behind the ginned-up video of a “protest banner” at one of Trump’s Las Vegas hotels. The “toupee” clip has not been shared as widely as that video, though, receiving “only” several thousand retweets on the platform.