A viral photograph shows people gathered at the Ohio State House to protest coronavirus social distancing measures, and clearly in violation of said guidelines, in April 2020.

On April 14 2020, images of a large crowd gathered in Ohio to protest COVID-19 social distancing measures (while clearly violating those measures) circulated on social media:

Here are the dipshits giving each other COVID to protest the quarantine at the Ohio State House this morning, looking like a frame from Zach Snyder’s Dawn of the Dead remake.

Other tweets claimed the image was captured a day earlier, on April 13 2020. One user stated the location was Columbus, Ohio:

This photo was taken April 13th. These Trump supporters are protesting a #StayAtHome order from the Republican governor

Trump, your words have consequences

These brainwashed cult members are doing exactly what the experts warned them not to do#SocialDistancing#StayHome pic.twitter.com/dPr1L5xuZe

A Google Image Search was, initially, not very helpful in identifying the events depicted: 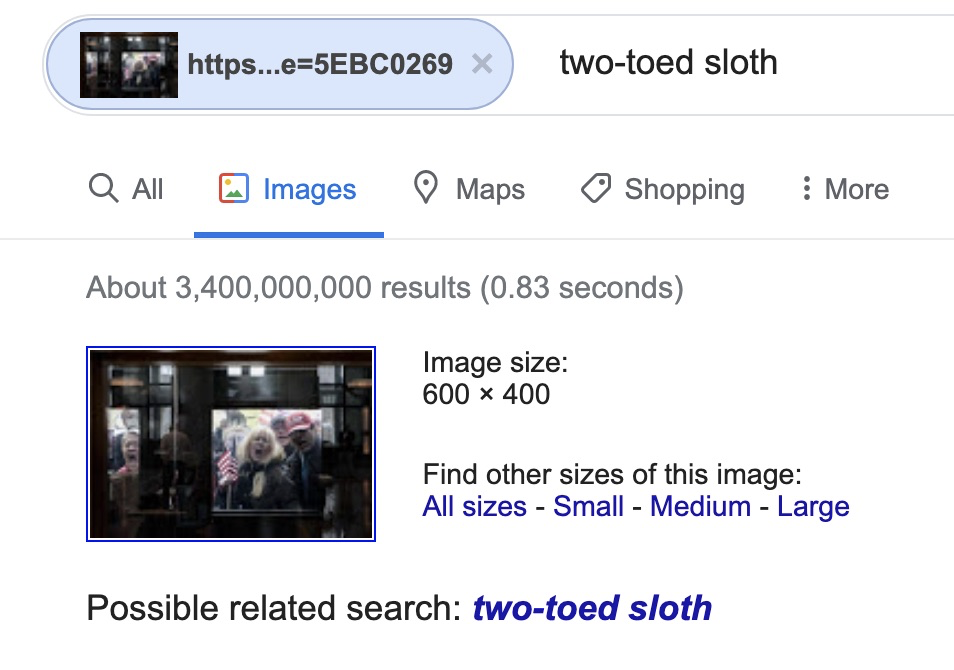 The photograph is real and was taken by Joshua Bickel, a Columbus-based photojournalist.

An April 13 2020 story in the Columbus Dispatch used the image as a featured photograph in an article published the same day, and updated a day later. A caption aggregated more broadly by the Associated Press provided information about the date and location of the depicted event:

Protesters stand outside the Statehouse Atrium where reporters listen during the State of Ohio’s Coronavirus response update on Monday, April 13, 2020 at the Ohio Statehouse in Columbus, Ohio. About 100 protesters assembled outside the building during Gov. Mike DeWine’s weekday update on the state’s response to the COVID-19 pandemic, upset that the state remains under a Stay-At-Home order and that non-essential businesses remain closed. (Joshua A. Bickel/The Columbus Dispatch via AP)

Some Republicans in the Ohio legislature are publicly calling on Gov. Mike DeWine to consider removing coronavirus-related restrictions beginning next month [in May 2020], while on Monday [April 13 2020], around 100 protesters gathered outside the Statehouse during Dewine’s daily COVID-19 press briefing.

A growing chorus of Ohio’s Republican lawmakers want Gov. Mike DeWine to set a date for the first phases of re-opening businesses, schools and public places.

“We need to get the economy open, even if that means social distancing of some sort for months to come,” Sen. Andrew Brenner, R-Delaware, wrote in a Facebook post. “We can’t stay like this much longer, and the hundreds of thousands of Ohioans who’ve lost their jobs or the thousands of small business owners can’t keep doing this either, or their lives will be irreparably destroyed.”

The Dispatch reported “a variety of different Facebook groups” were behind the Ohio protests, and spoke to a protester:

Another demonstrator, John Jenkins of Pleasantville, was bearing an upside down American flag, traditionally a distress signal.

Jenkins said the demonstrators were organizing on a variety of different Facebook groups, but pointed to Ohio Stands United, a group with 6,800 members, as one of the chief avenues of organization for the two recent protests.

The Facebook page currently has a number of videos uploaded by members of Monday’s protest, as well as a video of a member shooting an order from the governor with a rifle.

Joe Marshall, who did not identify where he was from, said he was representing Anonymous Columbus Ohio.

That group had a header photo that showed the group’s name and the Ohio state flag between a prominently displayed pair of hands — one holding a blue pill, and one holding a red pill:

Per the Anti-Defamation League:

In posts about American political parties, the red pill generally refers to the GOP, while the blue pill is aligned with the Democratic Party.

For many, the red pill is just the first step in a longer journey.  Being “redpilled” means shifting away from one set of beliefs to another set of (antithetical) beliefs.  This can be as basic as a Democrat becoming a Republican, or as radical as someone coming to believe that Jews control the world or that feminism is destroying the West.

Mainstream usage of the term includes conservative speaker Candace Owens naming her YouTube channel “Redpilled Black,” a reference to her “awakening” as a black American and moving away from liberal beliefs in favor of conservatism and nationalism. Similarly, Fox News once referred to Kanye West as having taken the “red pill” when the rapper expressed his support for President Trump.

HoustonChronicle.com carried the Associated Press reporting, and included another photograph of the gathering. In the second image, protesters could be seen holding signs which read “OPEN OHIO.”

The images were accurately described as showing a protest decrying Ohio’s social distancing measures — while the measures were still in place. The circulating photograph was taken on April 13 2020 in Columbus, and the events (like other subsequent rallies in Kentucky and Michigan) were organized via Facebook groups.