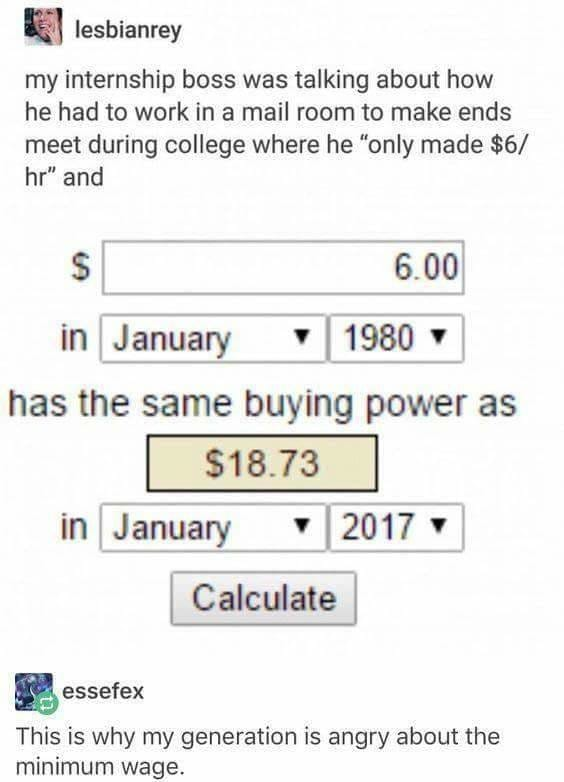 An image of an unspecified calculator was followed by another user’s comment:

This is why my generation is angry about the minimum wage.

In the Facebook iteration linked above, the user didn’t link to any version of the post shown as a screenshot, and the specific calculator depicted was similarly not linked. Also, context such as the country and the actual year in which the “internship boss… made $6” an hour wasn’t substantiated.

We were able to find the original Tumblr post shared by user lesbianrey. It had thousands of engagements as of October 2019, but it didn’t contain a link to the calculator, just a screenshot:

We were able to find an online calculator that matched the format shown here:  the United States’ Bureau of Labor and Statistics (BLS) CPI Inflation Calculator. We could reasonably conclude the original post, then, intended the comparison to be for the United States, not Canada. In that context, CPI stood for “Consumer Price Index,” defined by the BLS as follows:

The Consumer Price Index (CPI) is a measure of the average change over time in the prices paid by urban consumers for a market basket of consumer goods and services. Indexes are available for the U.S. and various geographic areas. Average price data for select utility, automotive fuel, and food items are also available.

We kept the original parameters in the meme to do our first calculation — January 1980 versus January 2017. We obtained the same figure by entering $6 as the hourly wage, a jump to $18.73 during those 37 years: 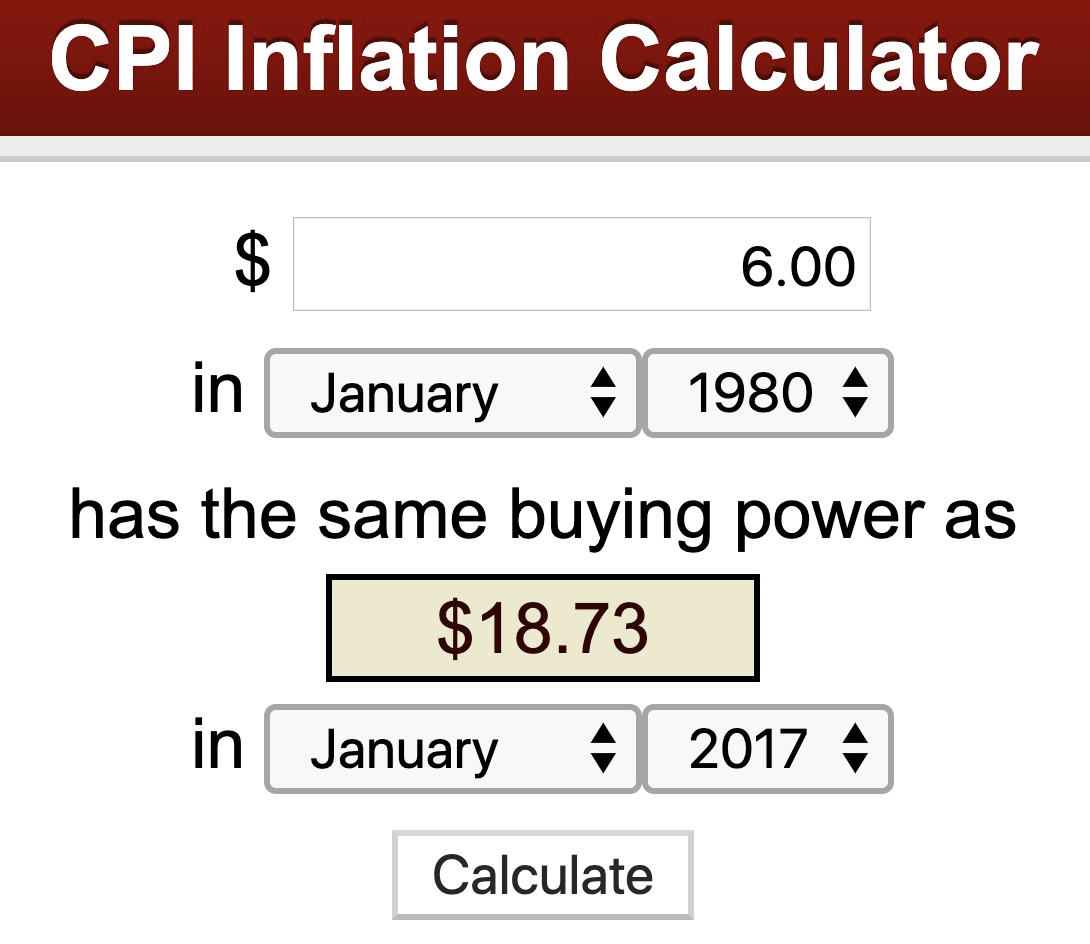 But the meme spread on Facebook again in October 2019. Did anything change between January 2017 and October 2019? By updating the second parameter to the month the image circulated, the calculator returned the following figure: 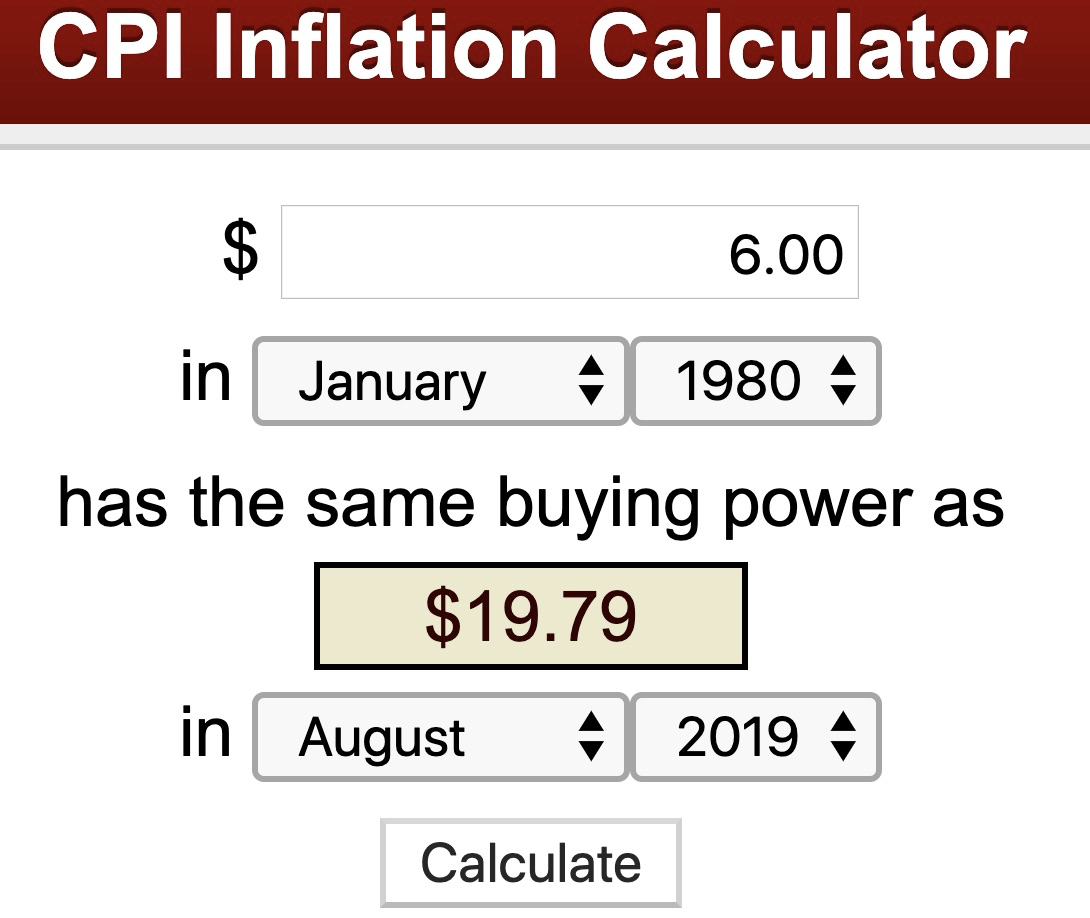 According to that CPI calculation from the BLS, $6 in 1980 was equal to $19.79 in August 2019, a 5.65 percent difference. Although we didn’t know for sure the “internship boss” in the post was earning their $6 in 1980, we could say that based on the CPI calculations on a federal website, the proportions were accurate — as of January 2017.

As of August 2019 by the same calculator, the $6 hypothetical hourly dollars were equivalent to a nearly 6 percent higher $19.79 hourly wage. In order to be as comfortable as a $6 hourly wage earner in 1980, our 2018 or 2019 millennial would have to earn between $18.73 and $19.79 an hour. The claim as presented was neither misleading nor miscalculated — just depressing.