Seven children were rescued from human smugglers embedded in a caravan of asylum seekers by Guatemalan authorities.

On October 25th, 2018, as bots and paid trolls pushed talking points on social media about a caravan of people from Honduras on their way to Mexico’s border with the United States to turn themselves in to seek asylum, the Judicial Watch blog published a shocking story about seven children who were saved from human smugglers by Guatemalan authorities:

Judicial Watch has obtained exclusive information and photos from Guatemalan authorities revealing that they have recovered seven unaccompanied minors from human smugglers working inside the caravan. The children have been taken into custody and they are being provided with food, water and medical attention, according to a high-level Guatemalan government official. The smugglers have been arrested and the broader investigation into criminal activity in the caravan is ongoing.

A Judicial Watch team, headed by Director of Investigations Chris Farrell, spent several days on the Guatemala-Honduras border covering the illegal alien caravan, which originated in the northern Honduran city of San Pedro Sula. The team filed a number of exclusive reports and videos and met with Guatemalan President Jimmy Morales and other top government officials.

The story was accompanied by an image. The text heavily hints that it shows at least some of the seven supposedly smuggled children, but stops short of outright making the claim:

The article describes the exodus of people walking north as an “illegal alien caravan.” This is completely inaccurate, as this caravan — like every caravan before it since at least 2010, just after a military coup d’etat in Honduras ousted its leftist then-president José Manuel Zelaya and turned the country into a cauldron of chaotic violence and adding to the instability in the region — is filled with asylum-seekers.

Seeking asylum in the United States is completely legal under both American and international law by design:

The Refugee Convention states that nations shall not penalize asylum seekers for irregular entry. Indeed, since 1987, the Board of Immigration Appeals, our highest immigration tribunal has directed immigration judges to forgive irregular entry because of the circumstances of seeking asylum.

The story was quickly picked up by other disreputable sites, including the Washington Times (an online outlet which is perhaps best known for having to publicly retract and apologize for repeatedly pushing the fully-discredited Seth Rich conspiracy theory, in which the murder of a Democratic National Committee employee was spun into a global plot by the Clintons, resulting in ongoing harassment of Rich’s family.)

The inaccuracy around a legal term by a blog called “Judicial Watch” is curious. Another curious part of the story is the complete lack of detail about the photograph it provides. It’s not clear who the photograph shows, where it is, or even who took the picture to begin with; Judicial Watch remains coy about the source, saying only that it came from a high-level government official in Guatemala. However, despite Judicial Watch’s claim of exclusivity, Washington Times is running the same image, which it somehow obtained without pixelation over the faces in the images: 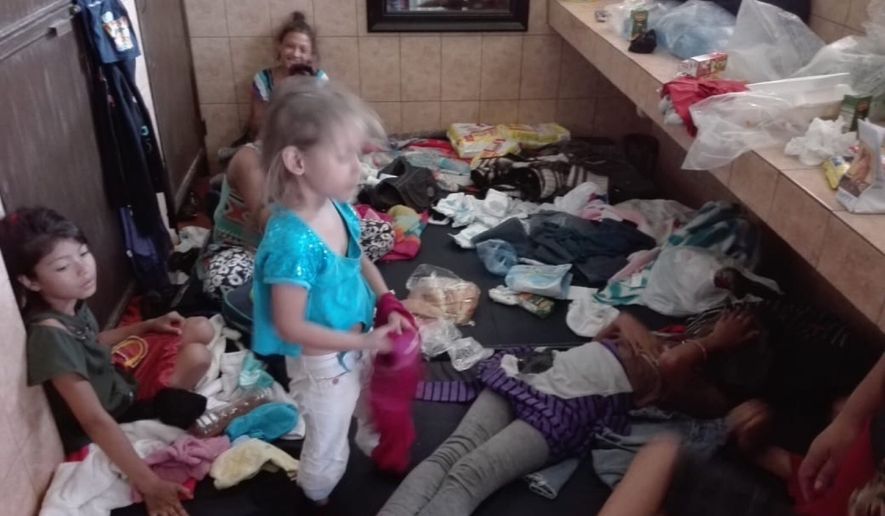 The Washington Times story credited Judicial Watch in its caption, but without further explanation:

Judicial Watch obtained a photo of the children from a senior Guatemalan official who alerted the organization to the rescue. (Judicial Watch)

Repeated requests to Judicial Watch for more information, such as who took the photograph, where the photograph was taken, who was in the photograph, and how the Washington Times obtained a different version of a photograph that was supposedly “an exclusive” were met with no response; nor were repeated queries about the children who were purportedly taken in and the Guatemalan authorities responsible for their safety.

Stories in Spanish-language media offered no more information, and instead appeared to all have been written from the same Judicial Watch blog post.