In January 2020 30 Marines and one sailor died in a helicopter crash, but the news only reported Kobe Bryant's death. 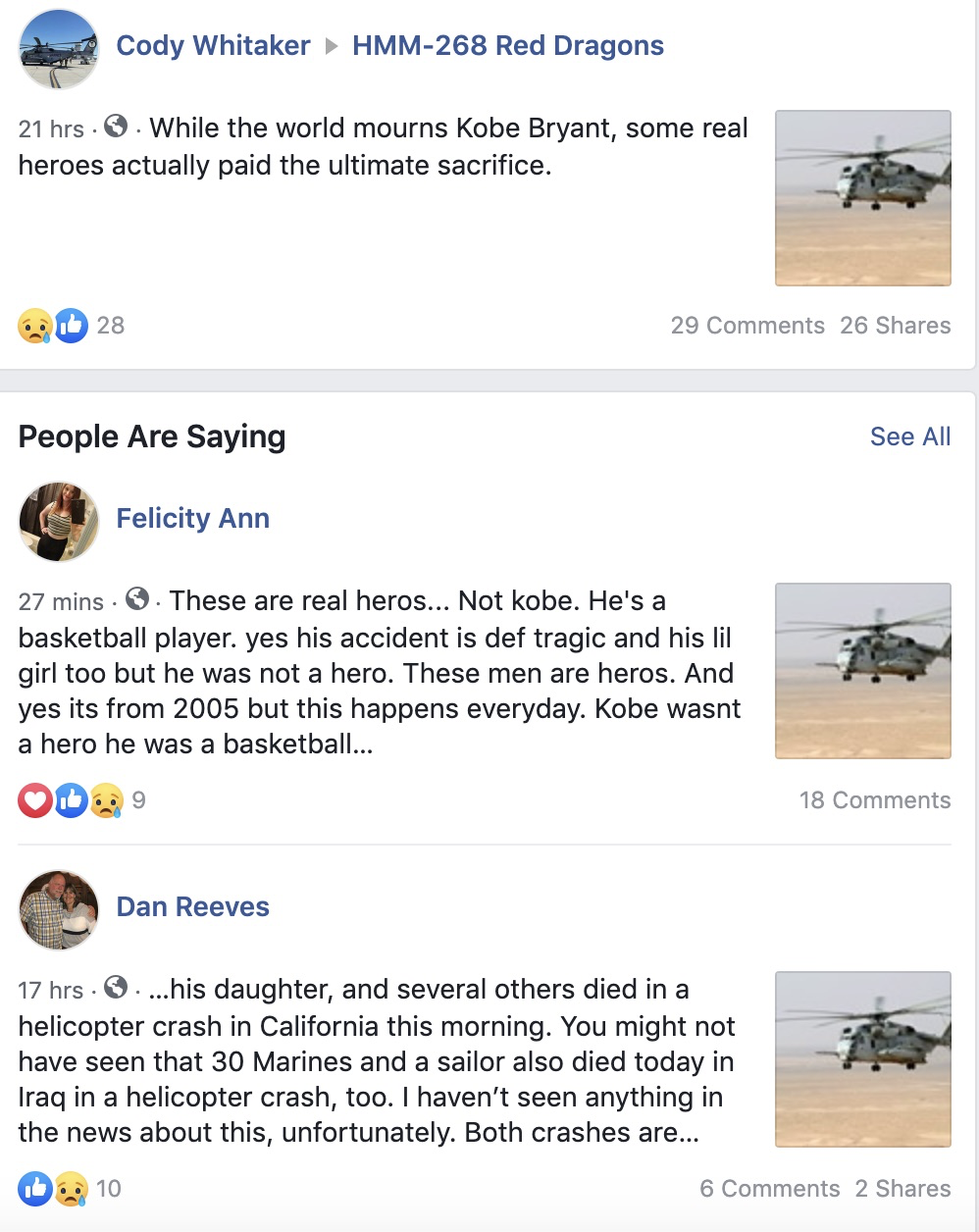 “These are real heros… Not kobe. He’s a basketball player. yes his accident is def tragic and his lil girl too but he was not a hero. These men are heros.”

“It is tragic news that Kobe Bryant, his daughter, and several others died in a helicopter crash in California this morning. You might not have seen that 30 Marines and a sailor also died today in Iraq in a helicopter crash, too. I haven’t seen anything in the news about this, unfortunately. Both crashes are tragic. It just seems we’d see a little bit of reporting of the loss of our soldiers. 😢”

Users searching Facebook for discussion of an appended article titled “30 Marines, 1 Sailor Die in Helicopter Crash” might stumble upon a top link suggesting that the article was published on January 26 2020:

According to that same Facebook search result, the link was shared 72,000 times — it was unclear how many of those were on January 26 and 27 2020. But as many edits to the posts (after they were shared) indicated, Facebook’s algorithms misleadingly dated the linked reporting.

All Marines, Sailors, Soldiers and Airmen of the I Marine Expeditionary Force mourn the tragic loss of our brothers in arms.

Even a Waco, Texas Fox affiliate fell for the misdated story, further confusing the issue. KWKT quickly pulled their erroneous article about the fifteen-year-old tragedy without a correction or clarification, but the URL remained up in Google News as though it was a current and legitimate story, further confusing anyone who might be doing a quick search for clarification. 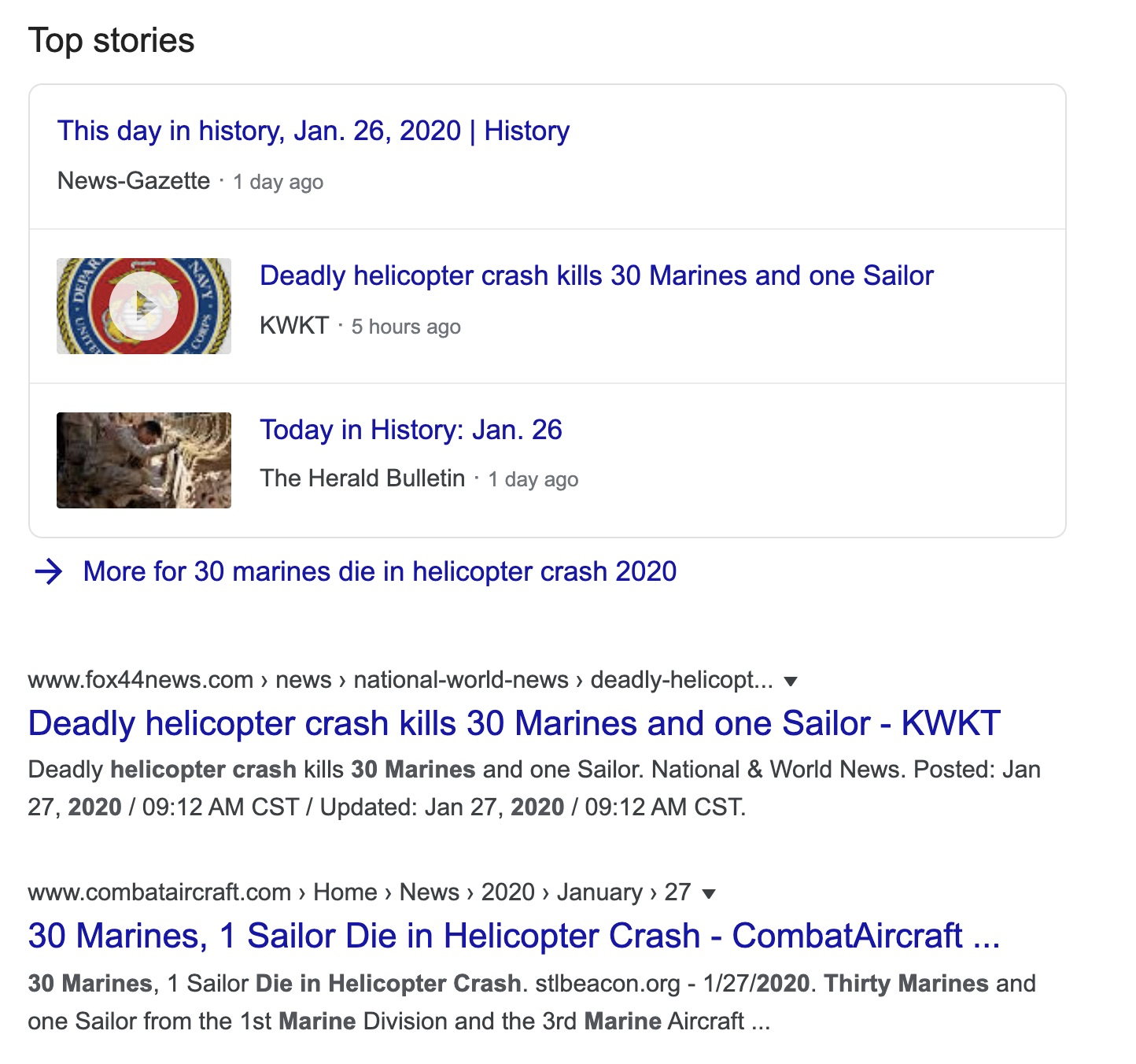 Facebook’s “Memories” or “On This Day” algorithms might have been a factor in initial spread of the article, because the date on which the accident was initially reported was January 26th — but in 2005. However, Facebook did not come into widespread use until 2006, a year after the crash. (It remained possible people memorialized its anniversary on the date of the crash.)

Although the article was real, it was 15 years old on January 26 2020, and claims one athlete (Kobe Bryant) took precedence over 31 American servicemen was inaccurate. Users changed their posts to reflect the dating error, but the “30 Marines, 1 Sailor Die in Helicopter Crash” item was published on Navy.mil in January 2005.