The Best Buy tech store chain was attacked by “Christians” and right-wing online users in 2009 after it included a Muslim holiday in its set of holiday season advertisements.

The company did indeed release an ad that year that included the greeting, “Happy Eid al-Adha” 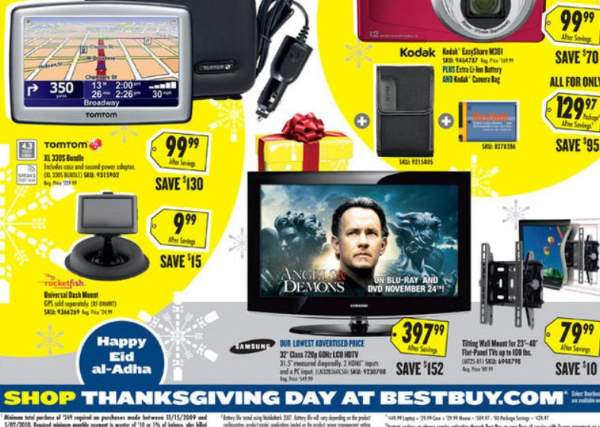 The ad was not unique, or part of a Muslim-specific ad campaign; Best Buy released separate ads with greetings mentioning Hannukah, Kwanzaa, and Christmas: 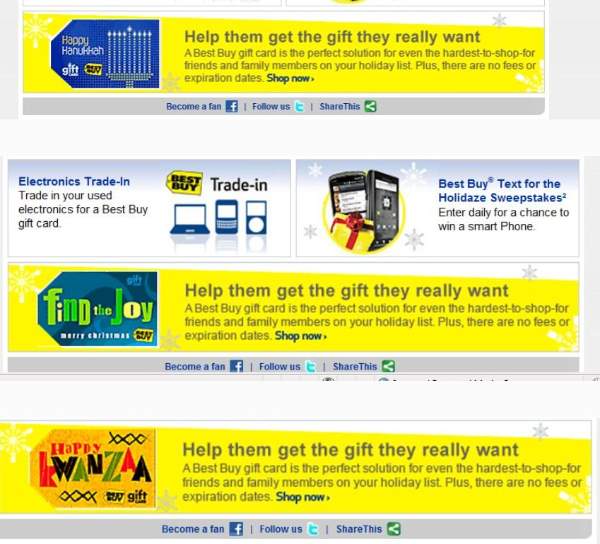 “This is a good indication that we’re included as ordinary people, as shoppers, as a marketing niche that needs to be targeted and it sends a good message,” Council on American-Islamic Relations (CAIR) spokesperson Ibrahim Hooper said at the time.

As CBS News reported at the time, however, the ad was also greeted by Islamophobic whining. One comment posted on a Best Buy online forum — which has since been deleted — read:

I don’t consider myself much of a Christian, but I’m really sick of retailers that go out of their way to eliminate any reference to Christmas which is the origin of the holiday in the first place.

We also found content that is still active on Facebook complaining that Best Buy “won’t advertise Merry Christmas” — even though it released an ad doing just that:

As well as a post promoting a graphic calling on Americans to “BUY nothing and EXCEPT [sic] nothing as a gift from Best Buy”: 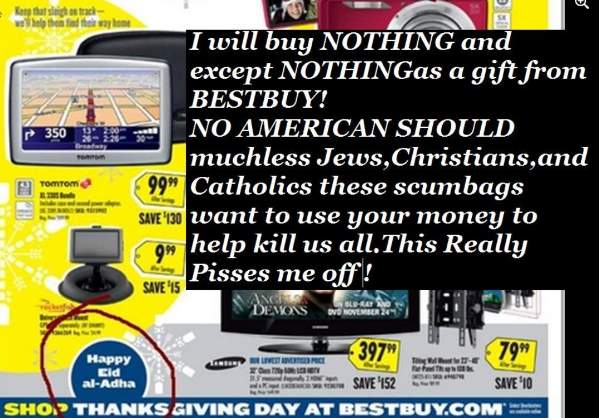 Known as the “festival of sacrifice,” Eid al-Adha was marked in late November in 2009. While the holiday falls upon the 10th day of the last month of the Muslim calendar; that date shifts year-to-year in the Gregorian calendar system. In 2021, that meant Eid al-Adha was celebrated between July 20-July 23. In 2022 the dates will shift again to July 9-July 13.

We reached out to Best Buy asking if the company would release holiday ads mentioning various cultural markers for the 2021 shopping season. The company has yet to respond.