Image depicts how muscles and milk ducts in breasts appear.

On April 21 2019 a Twitter user tweeted the following image, purportedly a photograph of muscles and milk ducts in breasts:

The tweet spread far and fast, perhaps not the least of which because of its ability to evoke a specific visual phobia (trypophobia, a fear of small holes or repetitive patterns) in some users:

This is triggering my trypophobia for some reason.

In the original tweet, the user described the image as a “photo,” but no source was immediately provided for the illustration. A reverse image search indicated the image was previously shared to Imgur in October 2016, and to Reddit’s r/mildlyinteresting the same month:

What a female breast really looks like from mildlyinteresting

In all three posts, the presentation differed from more common muscular system renderings in which the female breast is rarely shown without breast tissue covering the mammary glands: 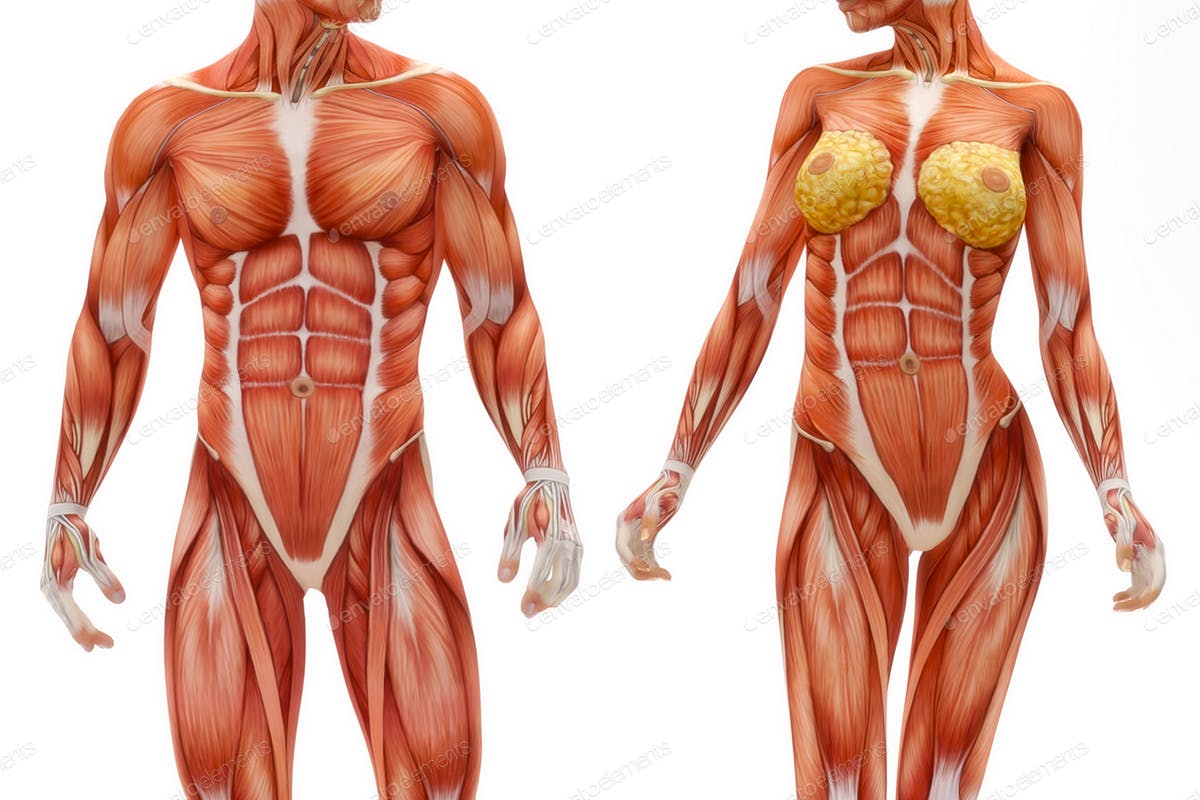 The tweet sparked interest into whether its rendering of the female breast and its flower-like milk ducts were accurate. Coverage by the BBC and The Independent addressed the virality of the image, but the former outlet described it as a “photo of human milk ducts.” 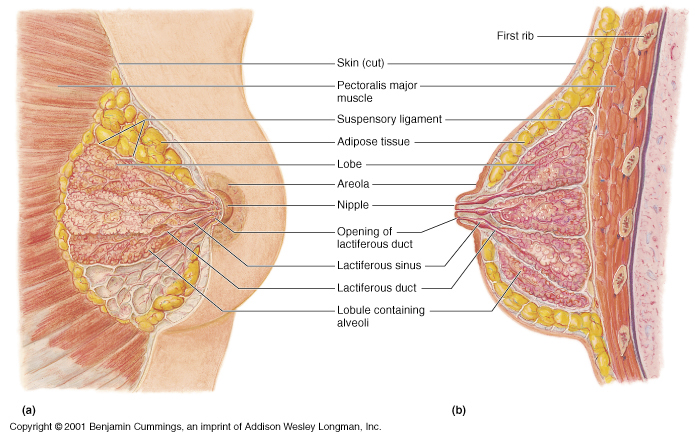 The structures illustrated more dramatically in the viral image likely consisted of mammary sinus ducts and alveoli (although it is difficult to be certain without more context):

lactiferous ducts — The 15-20 tubular drains for the lobes of the mammary glands which converge to open at the tip of the nipple; their distal ends are expanded to form lactiferous sinuses to store milk, which is produced gradually, until it can be released during bouts of nursing which stimulates an autonomic reflex and is assisted by oxytocin release for milk letdown.

alveoli — The clusters of milk producing glandular cells which comprise the various lobes of the mammary glands; they are regulated hormonally by estrogens and progesterone from the corpus luteum and placenta, and by prolactin from the anterior pituitary; they develop at puberty to partial structural and functional maturity and increase somewhat in size and complexity during each menstrual cycle, but do not develop into fully functional glands until late in pregnancy.

lactiferous sinus — The short oval enlarged dilation of each lactifierous duct in the breast tissue just beneath the nipple; in lactating females, this is a storage depot for milk, which is produced gradually by the alveoli, and will be expressed from the nipple by compression as the infant begins to nurse; the initial sensory feedback provided by nursing stimulates an autonomic reflex, assisted by oxytocin, which then triggers the letdown reflex.

Each breast contains an average of ten to twenty lobules:

Alveoli are a few millimeters in size and form cavities in the breast. These cavities fill with milk-creating cells called cuboidal cells, which are surrounded by the myoepithelial cells. When the alveoli combine they are called lobules. In the anatomy of the nipple, the lactiferous duct drains from each of the lobules. Humans have two complex mammary glands (one in each breast), which is made up of about 10-20 simple mammary glands.

In proportion to adipose tissue, muscular and vascular structures in the breast (described as “modified sweat glands“) constitute a “a very minor proportion of breast volume”:

The mammary gland is composed of milk-transporting lactiferous ducts, which expand and branch extensively during pregnancy in response to estrogen, growth hormone, cortisol, and prolactin. Moreover, in response to progesterone, clusters of breast alveoli bud from the ducts and expand outward toward the chest wall. Breast alveoli are balloon-like structures lined with milk-secreting cuboidal cells, or lactocytes, that are surrounded by a net of contractile myoepithelial cells. Milk is secreted from the lactocytes, fills the alveoli, and is squeezed into the ducts. Clusters of alveoli that drain to a common duct are called lobules; the lactating female has 12–20 lobules organized radially around the nipple. Milk drains from lactiferous ducts into lactiferous sinuses that meet at 4 to 18 perforations in the nipple, called nipple pores. The small bumps of the areola (the darkened skin around the nipple) are called Montgomery glands.

The viral tweet described the image purportedly showing the muscular structure of milk ducts or mammary glands as a “photo,” which almost certainly was not the case — if anything, the image appears to be a digital rendering. Overwhelmingly, anatomical renderings of the muscles and ducts of the female breast were not similar to the image, and we have so far been unable to find its original source. Even early iterations on Reddit and Imgur simply described it as a what a breast “really looks like,” without context for the details of the image. Overall, the accuracy of the unusual image is unknown, as was the context behind the illustration.

Update: On April 27 2019, the website LiveScience addressed the rapidly spreading image in an article titled “That Viral Image of Flower-Shaped ‘Breasts’ Is Wildly Inaccurate — Here’s Why.” LiveScience reported that the image was misleading, and originated with an iPad app:

In reality, women’s milk ducts look nothing like that image. And the petal-like structures that look like a fancy, open umbrella aren’t milk ducts (we’ll explain what they really are in a moment).

More importantly, in real life, the “petals” wouldn’t be arranged so in such a tidy circle … However, the image isn’t a photo as @lemonadead thought, but rather an illustration from an iPad app called Anatomy & Physiology. Moreover, the picture doesn’t show the “female muscle system,” as the tweet suggests.

First off, a woman’s breasts don’t contain skeletal muscle, which is usually found attached to bones, according to ScienceAlert. The lobules and ducts in a woman’s breasts are made of various types of epithelial cells, according to the 2018 book “Physiology, Lactation.” However, there are circular muscles in the areola, the dark area that surrounds the nipple, which make the nipple stand firm when stimulated, such as when an infant is suckling milk, according to Encyclopedia Britannica. The breast also contains smooth muscles, which help milk flow when needed; these muscles don’t appear to be shown in this particular illustration.