Summary of eRumor:
Chipotle ran a 9/11-inspired ad with two burritos representing the Twin Towers and the phrase “never forget.”
The Truth:
Chipotle didn’t create a 9/11-inspired magazine ad.
The faux ad has been circling the web for years. It shows a foil airplane headed toward two burritos and says, “Never Forget … How big our burritos are”: 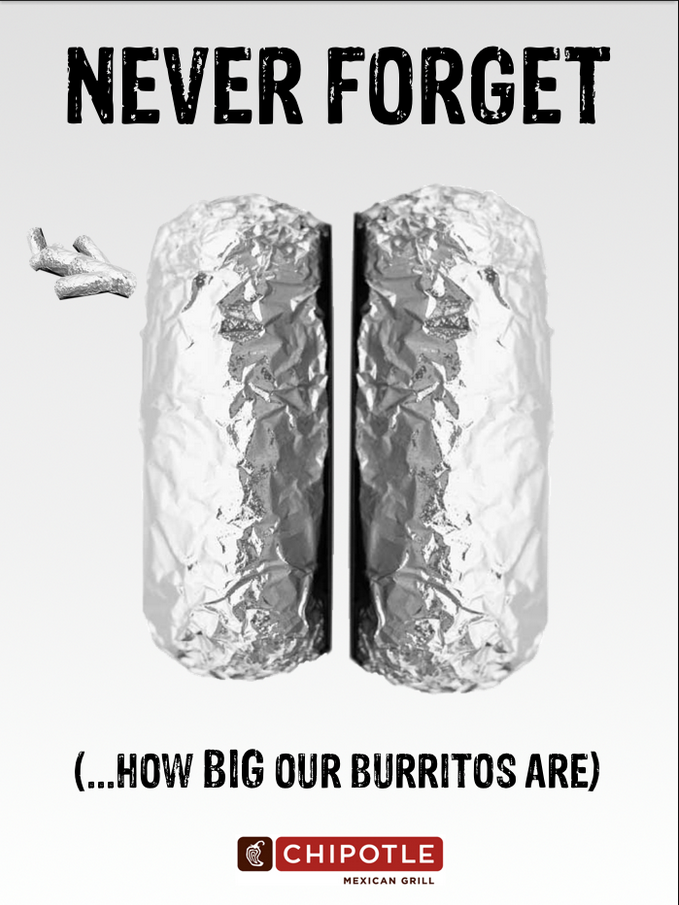 Angry customers took to social media sites to vent their frustrations over the 9/11-inspired Chipotle ad, but the burrito chain quickly shot the rumor down:

The ad first surfaced on the image-sharing website imgur back in 2013, but it’s not clear exactly where it came from.
An early image shows the ad printed and placed in a magazine to make it appear to be an actual Chipotle ad. The person who took the photo appears to be sitting in the bleachers at a high school football game, so it could have been a student’s attempt at off-color humor, but we can’t confirm that: 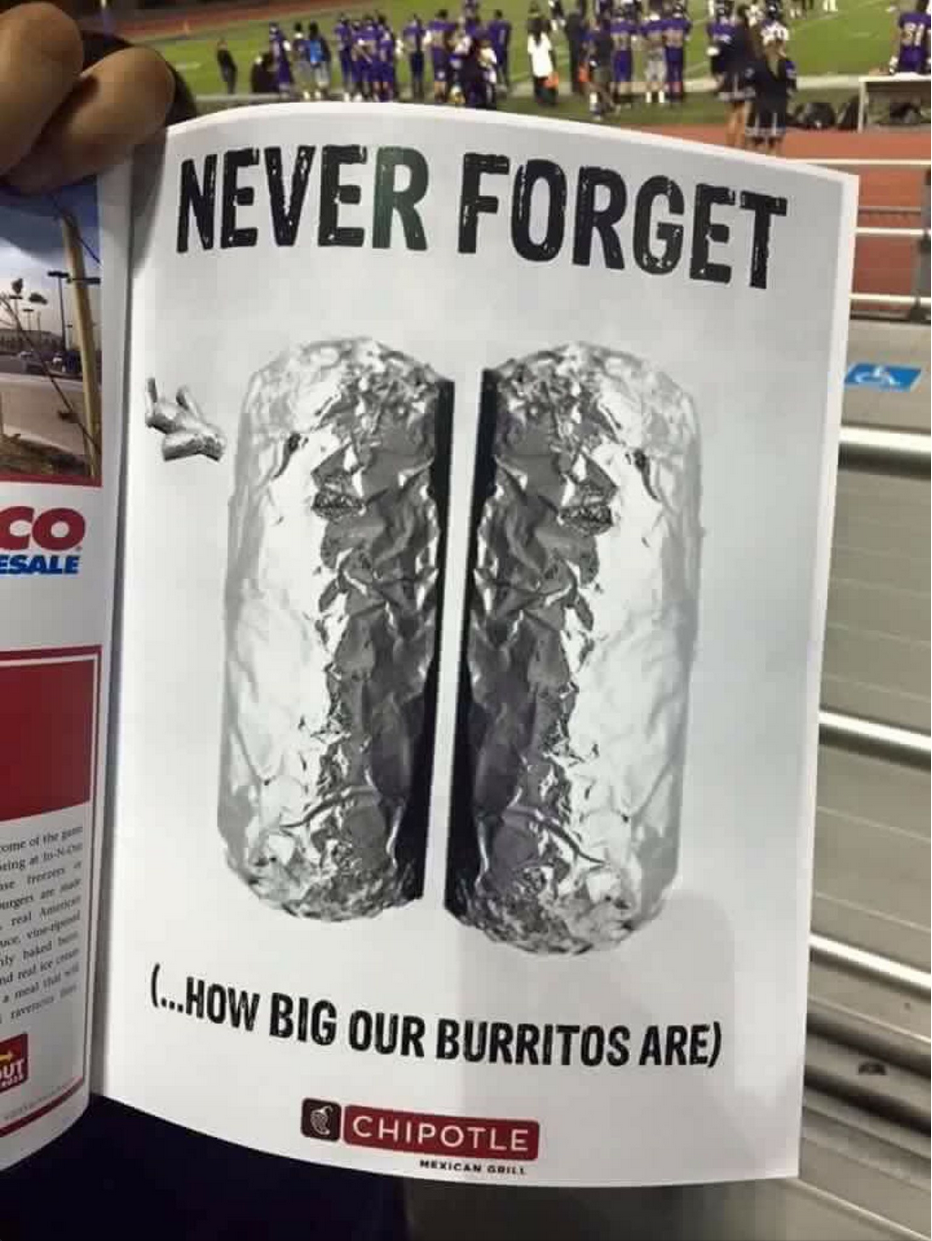 We don’t know exactly where the fake 9/11-inspired Chipotle ad came from, but we do know that it’s a hoax.