A photograph shows an authentic list of draconian company policies.

In March 2019, a poster of “Company Policies” spread on Facebook (archived here) and other sites, purportedly illustrating draconian — yet believable — rules for employees at an unidentified company: 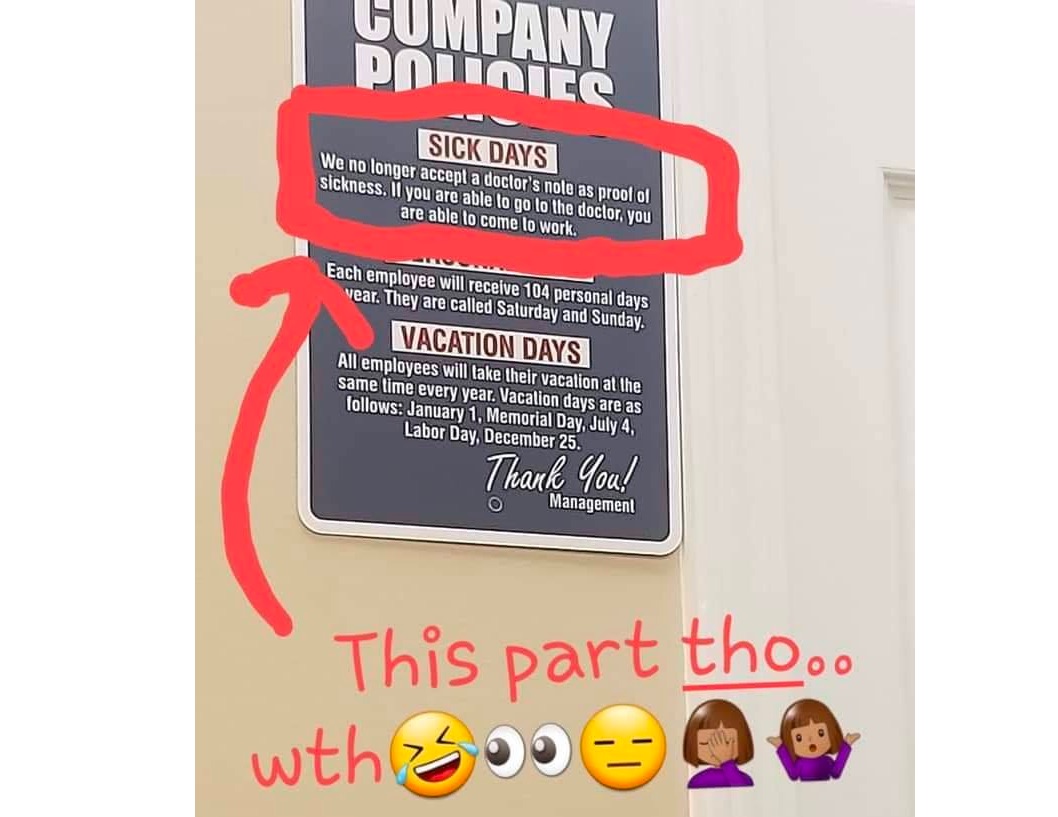 Many versions of the image appeared to come from Snapchat, with a circled portion around “sick days” and a comment: “This part tho .. wth.”

Each employee will receive 104 personal says a year. They are called Saturday and Sunday.

All employees will take their vacation at the same time every year. Vacation days are as follows: January 1, Memorial Day, July 4, Labor Day, December 25.

An iteration of the image was shared in March 2019 to 4Chan’s /pol/, with a comment:

How did you let your country get this way?

Why were you protesting because you saw a man with dark skin on your tv screen instead of fighting for your own rights? LMAO

And on March 25 2019, three separate Reddit posts of the “Company Policies” poster appeared on r/COMPLETEANARCHY, r/LateStageCapitalism, and r/uselessredcircle. Although some commenters dismissed the image as obvious parody, still others assumed the image represented legitimate company policies.

The origin of the image was not clear, but an Amazon listing created in November 2014 (“Employees Company Policies Funny Sign”) represented the image solely as a humorous “break room” sign.

Versions of the “company policies” sign have circulated intermittently for years, but its popularity in March 2019 was coupled with inaccurate inferences that the sign was authentic and intended to be taken seriously.