Photo of the Dead Osama Bin Laden-Fiction! and Possible Virus!

Photo of terrorist Osama Bin Laden allegedly taken by members of the Navy Seal Team 6 moments after his death.

The image is a digitally manipulated fake according to a May, 2, 2011 article in London’s The Inquirer .

On May 1, 2011 President Barack Obama announced that the leader of the Al Quaeda terrorist group had been found and killed in a U.S. military operation where he was hiding in Pakistan.  Hours after the announcement this fake photo began circulating on the World Wide Web.   Some of these emails could be infected with malware or contain files prompting readers to open with the promise of a video clip.

This is very similar to prior warnings of messages that claim to have virus infected images of Osama Bin Laden’s suicide.  We have more information by clicking here. 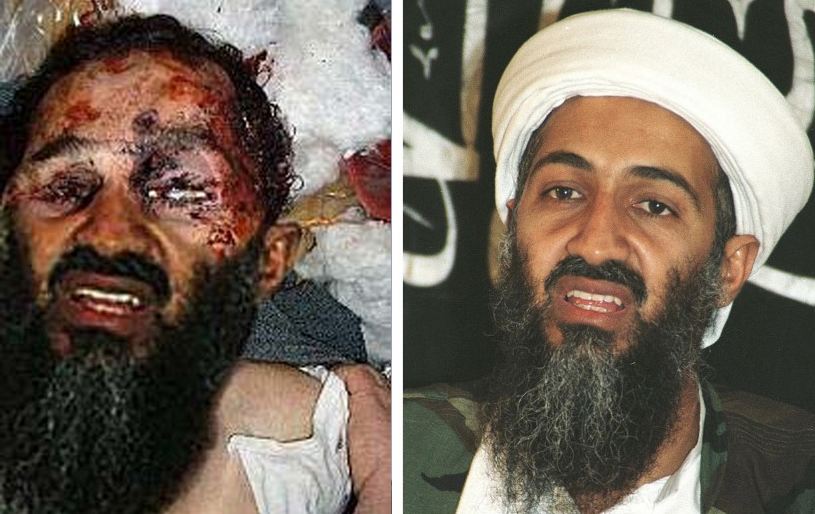 Photo on the left is an obvious manipulation of the photo on the right.