Twitter user @MAGA_diane tweeted that $4.9 million was "almost halfway" to a billion dollars.

In late December 2018, a screenshot of a tweet attributed to a Twitter user who goes by “@MAGA_diane” began circulating on social media: 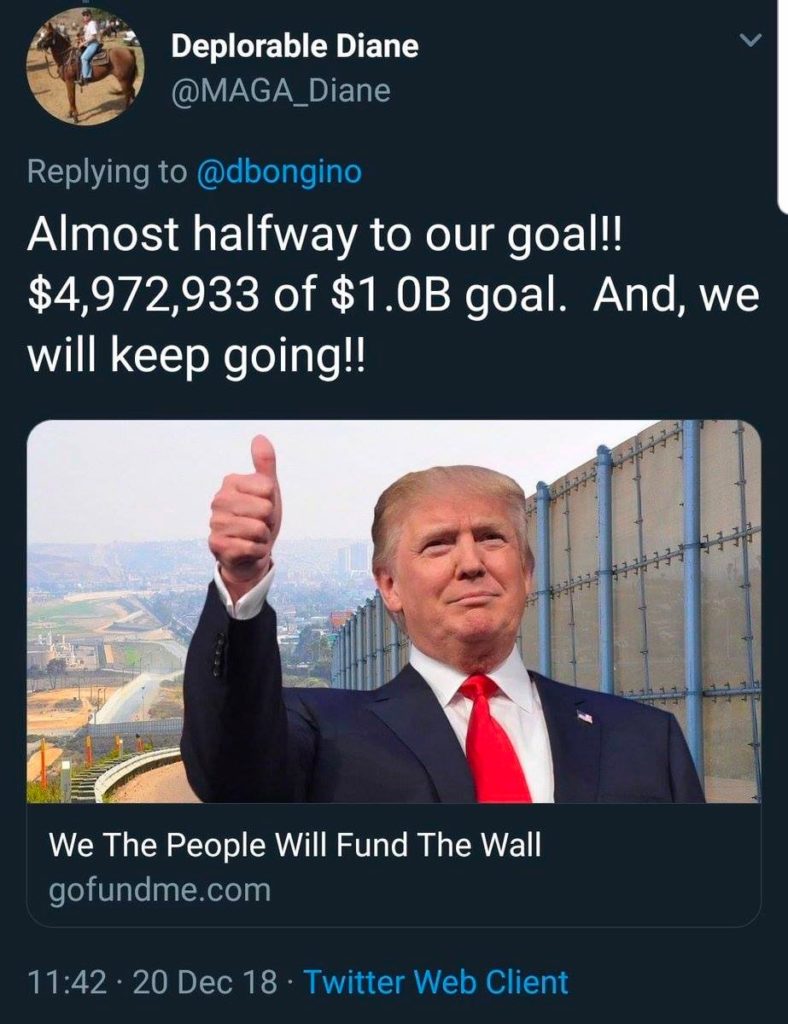 The tweet appeared with a link to a GoFundMe campaign to fund a border wall between the United States and Mexico (created and pushed by Brian Kolfage, who has a history of pushing far right disinformation on social media) and read as follows:

Screenshots of the tweet were quite popular because the referenced amount (nearly $5 million) is not equal to half of one billion. That would be $500 million, orders of magnitude more than the amount of money raised by the GoFundMe campaign as of December 20 2018. (As of December 27 2018, the campaign had clocked $17,519,562 in donations — still not half a billion.)

As snapshots of the purported tweet circulated, sharers tried and failed to find the original. Consequently, its veracity came into dispute; after all, it looked too convenient for the original user to lay out her supposed mathematical error so neatly.

Some residue of the original tweet appeared to remain in the form of replies:

It began to look as if the tweet was possibly phony, created to mock supporters of the ambitious GoFundMe campaign. However, we eventually were able to track down an archived version of the original tweet captured before it was presumably deleted by the poster.

@MAGA_diane’s “almost halfway” to a billion dollars tweet was real in the sense that the user did tweet and delete it, but the math was way off and the intent behind the tweet remained unclear.