A close-up from President Joe Biden's inauguration showed he was sworn in on a Bible adorned with "upside down crosses."

On January 20 2021, the next phase in American disinformation kicked off when an image set of President Joe Biden’s swearing-in circulated — purportedly showing Biden taking an oath on an odd Bible with “upside down crosses”: 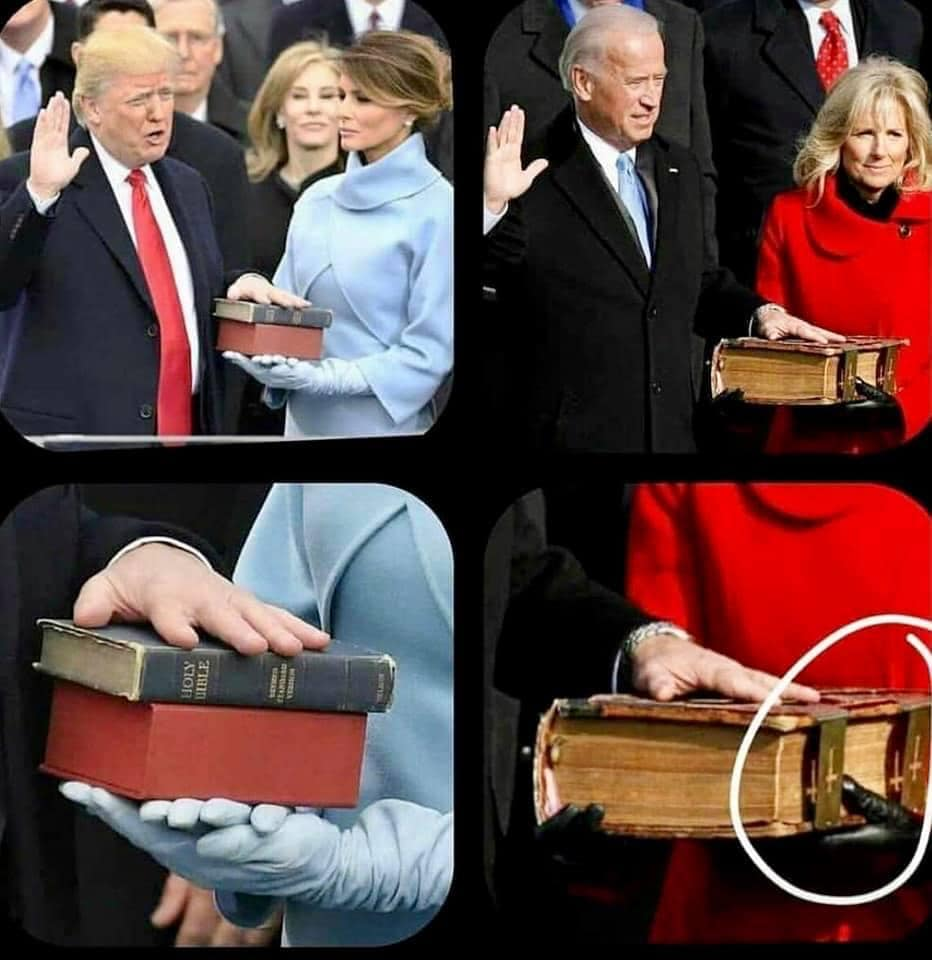 Four images were cut together, going clockwise, they showed:

Biden is only the second-ever Catholic president, and his Bible was a point of interest during the inauguration, as USA Today reported:

Hefted up by Jill Biden as the president was sworn in, the Bible is 5 inches thick and adorned with a Celtic cross on the cover. It has a long history with Biden’s family and has made appearances throughout his political career.

The book has been in the family since 1893 and first started following Joe Biden when he was sworn in as Delaware’s U.S. senator in 1973.

The Biden family Bible then re-emerged each time Biden was sworn in as a senator, and it was also used during his swearing in as vice president in 2009 and 2013.

“Every important date is in there,” Biden told Stephen Colbert in a recent interview, calling the book a “family heirloom.”

We will return to the part that we have bolded.

Dr. Jill Biden Holding the Bible During the Inauguration

Images of Biden’s swearing in and inaugural oath were fairly easy to come by, considering the high profile and public nature of the event.

Dr. Jill Biden indeed held the Bible as her husband was sworn in; you may have observed that the new First Lady was not wearing a red dress on January 20 2021, but a purple one:

Breaking News: Joe Biden is sworn in as the 46th president. With his hand on a five-inch-thick Bible that has been in his family for 128 years, President Biden recited the 35-word oath of office swearing to “preserve, protect and defend the Constitution." https://t.co/0TE52oObpE pic.twitter.com/fzev902kN9

Also, the crosses on the Bible were not upside down, but right side up.

Jill Biden in a Red Dress, Holding a Bible with ‘Upside Down Crosses’

CNN.com included an archival photograph of then-incoming Vice President Joe Biden being sworn in in January 2009; in that image, Jill Biden appeared to hold the Bible so that the crosses were inadvertently inverted: 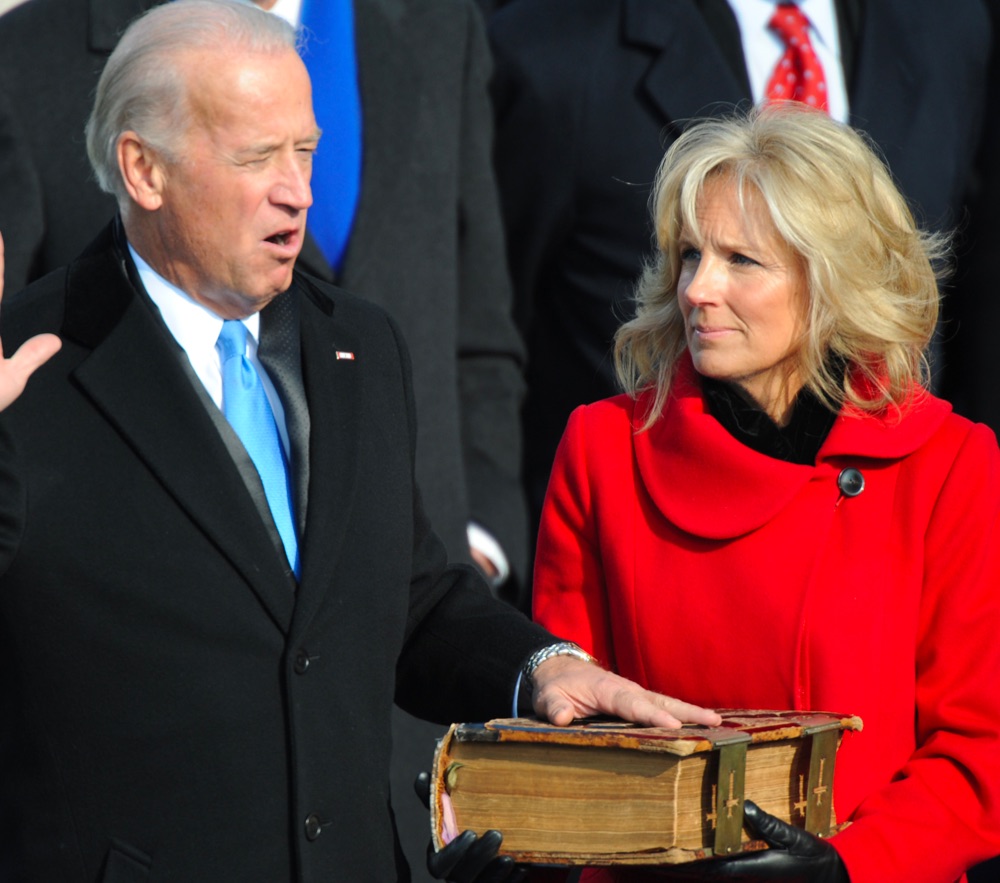 More to the point, whoever made the meme deliberately spliced a 2009 image into Biden’s 2021 inauguration, perhaps to ride QAnon’s coattails, or perhaps to try to spark or play into other, related “Satanic panic” style conspiracy theories.

It is untrue that Biden was sworn in on a Bible with “upside down crosses.” Biden’s family Bible was discussed and seen for many years prior to his taking the oath of office in 2021, making its first political appearance in 1973. Dr. Jill Biden held the Bible with the crosses facing “up” for Biden’s January 2021 Inauguration, and an image suggesting otherwise was from Biden’s 2009 swearing-in as Vice President. In any case, the Bible is a Biden family heirloom, and it is not, nor has it been, adorned with “upside down crosses.”