As far-right rioters invaded the United States Capitol on January 6 2021, one viral rumor after another popped up in quick succession — among them a claim that the account belonging to Vice President Mike Pence had unfollowed President Donald Trump on Twitter:

This claim of election fraud is disputed, and this Tweet can’t be replied to, Retweeted, or liked due to a risk of violence

On January 6 2021, the third-party app DoesFollow.com indeed indicated that Pence (@Mike_Pence) did not follow Trump (@realDonaldTrump): 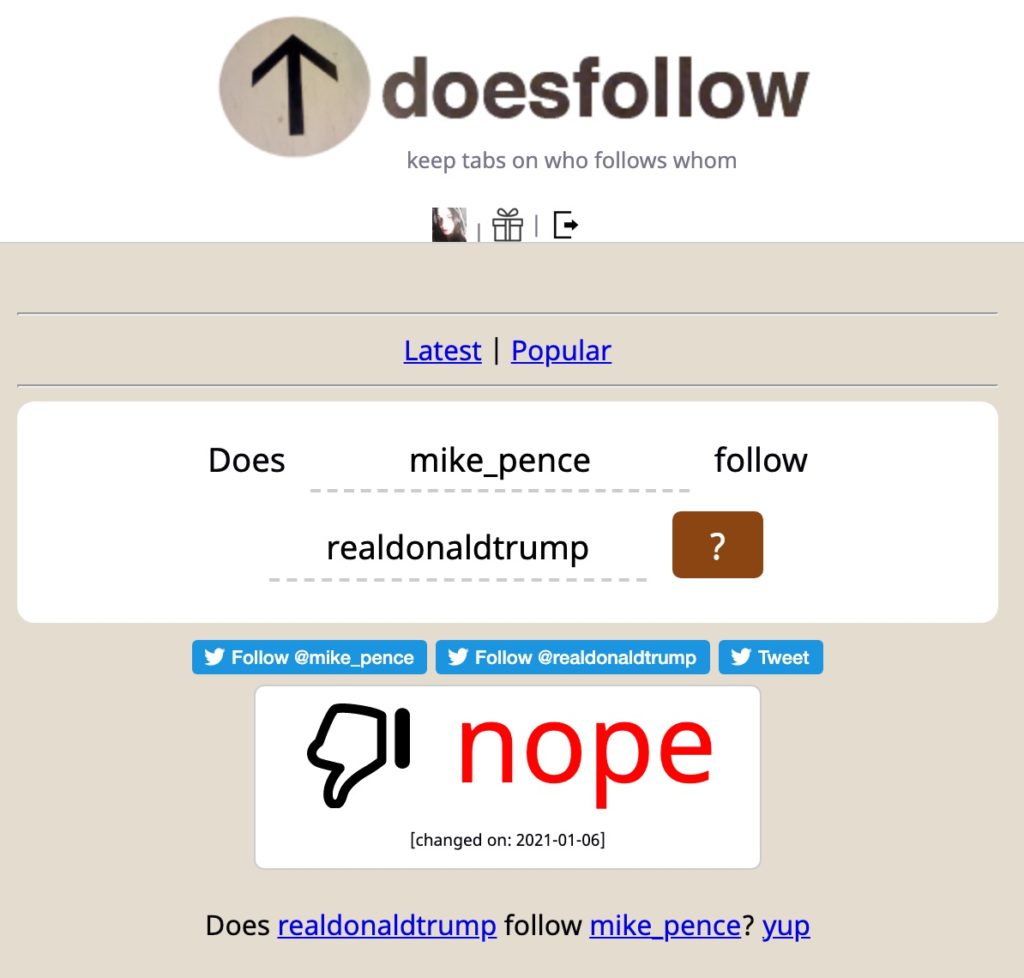 Additionally, Pence followed so few people that it was easy to read through Twitter’s list of accounts followed by Pence. On January 6 2021, Pence followed only 47 accounts — among them @GOP, @FLOTUS (the First Lady’s account), and @POTUS, the handle passed down from President Obama to President Trump.

@realDonaldTrump did not appear on that list; the possibility remained that Pence only followed @POTUS and had not ever followed @realDonaldTrump, but it was also possible Pence unfollowed President Trump after the chaotic storming of the Capitol by Trump’s supporters.

At 4:22 PM, we re-checked Pence’s “following” list, and @realDonaldTrump had reappeared: 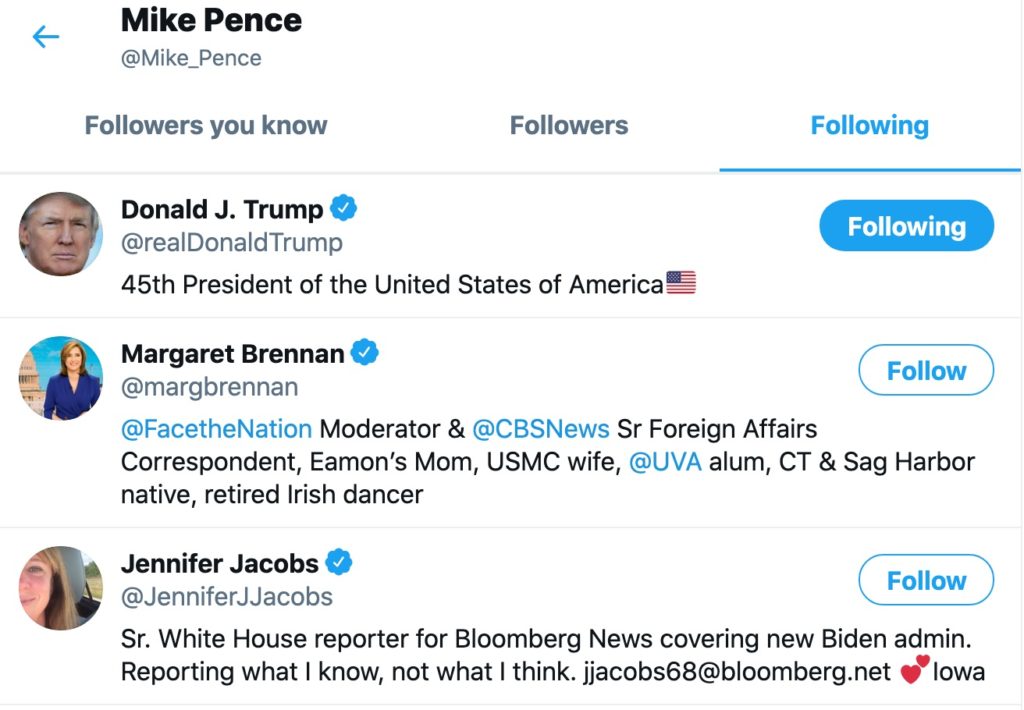 As such, it was true Pence didn’t follow Trump on January 6 2021, or at least true for Trump’s main @realDonaldTrump account. It was not clear when or if Pence “unfollowed” Trump, but users took note of the absence of Trump’s account from Pence’s following list not long after Trump directed ire at his own Vice President via Twitter on that date. Soon after Twitter users began discussing the unfollow, Pence appeared to re-follow Trump.