On February 12 2019, YouTube star Shane Dawson published his second video in his conspiracy series — called, appropriately, “Investigating Conspiracies with Shane Dawson” — and by far the most popular of its three topics was a claim that Chuck E. Cheese’s pizza is “recycled” between customers. (Part two of Dawson’s series can be viewed here.)

Dawson introduces the subject by stating that the thought first occurred to him as a child, recalling an instance in which a pizza ordered by his family featured a single “veggie” slice. He provides examples of Chuck E. Cheese’s pizza shared on social media sites, drawing sight lines to indicate that the slices may not have all originated from the same pizza pie. Dawson also illustrates that others have openly aired identical suspicions.

At one point in the video, Dawson, his partner Ryland Adams, and some friends visit a local Chuck E. Cheese’s location to order pizzas. When the pizzas arrive at their table, they too are chaotically sliced and do not look like a single pizza. Dawson brings pizza home and attempts to resolve the slice dilemma, flipping the pizzas and examining their undersides. He states that he was skeptical he would in fact receive a pizza that supported his hypothesis, but is also unsuccessful in arranging the slices to make one cohesively shaped pizza pie.

As Dawson correctly stated, the rumor about Chuck E. Cheese’s recycling their pizza has existed on the internet since at least 2009, and an answer he referenced in relation to the question (“tastes like it [has been recycled]”) is evident on a Yahoo! Answers thread from that year. A separate thread contained another version of the same rumor:

There has been a rumor going on around the place idk if you guys heard of it but if you have gone to chuck.e.cheese’s you notice that lots of ppl leave like lots of slices of pizza on the table and when you order your pizza you notice that the slices are sometimes uneven and i have heard that they recycle the pizza and i heard this from 2 teenagers and a little kid at the order counter and when they asked that the whole staff even Chuck.e. stared at them blankly….im scared to eat there again haha is it true have you heard of that rumor?

Update: dont ever ask the staff this question please they will give you odd looks and i dont want any of you ino rouble the 3 kids that asked that question kinda got alot of eyes from the staff and the customers even most of the customers left the place so yea the manager got mad dont ask the question

Update 2: and before you make your answer you need to think have you been there have you seen the slices closely have you noticed all of the pizzas on the tables its been going on around my neighborhood even around the town where i live

Another commenter offered a more complex purported mechanism for the recycling of Chuck E. Cheese’s pizza:

Pizza that is not eaten (so I’ve heard) goes back into a dough grinder and eventually gets reserved as part of a new pizza. It’s re-cooked so you don’t need to worry about germs.

Dawson references the difference between stock images of Chuck E. Cheese’s pizza and images of the foodstuff uploaded by customers. As he notes, it is extremely common for the pizzas to not align as a singular pie would. In nearly every organic example of Chuck E. Cheese’s pizza shared to sites like TripAdvisor, pizzas demonstrate “odd” or mismatched slices with what appears to be a diameter out of sync with the balance of the pizza: 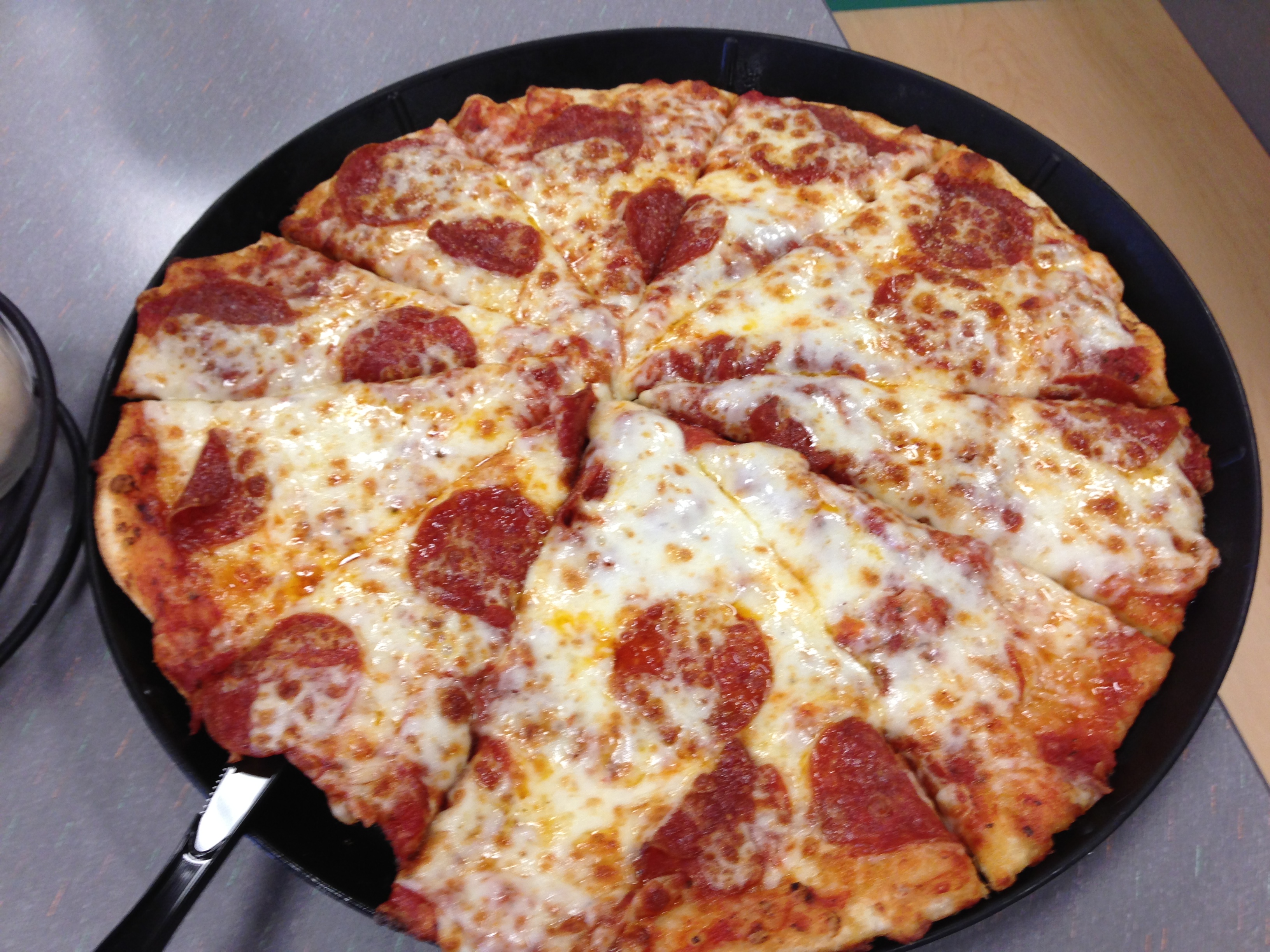 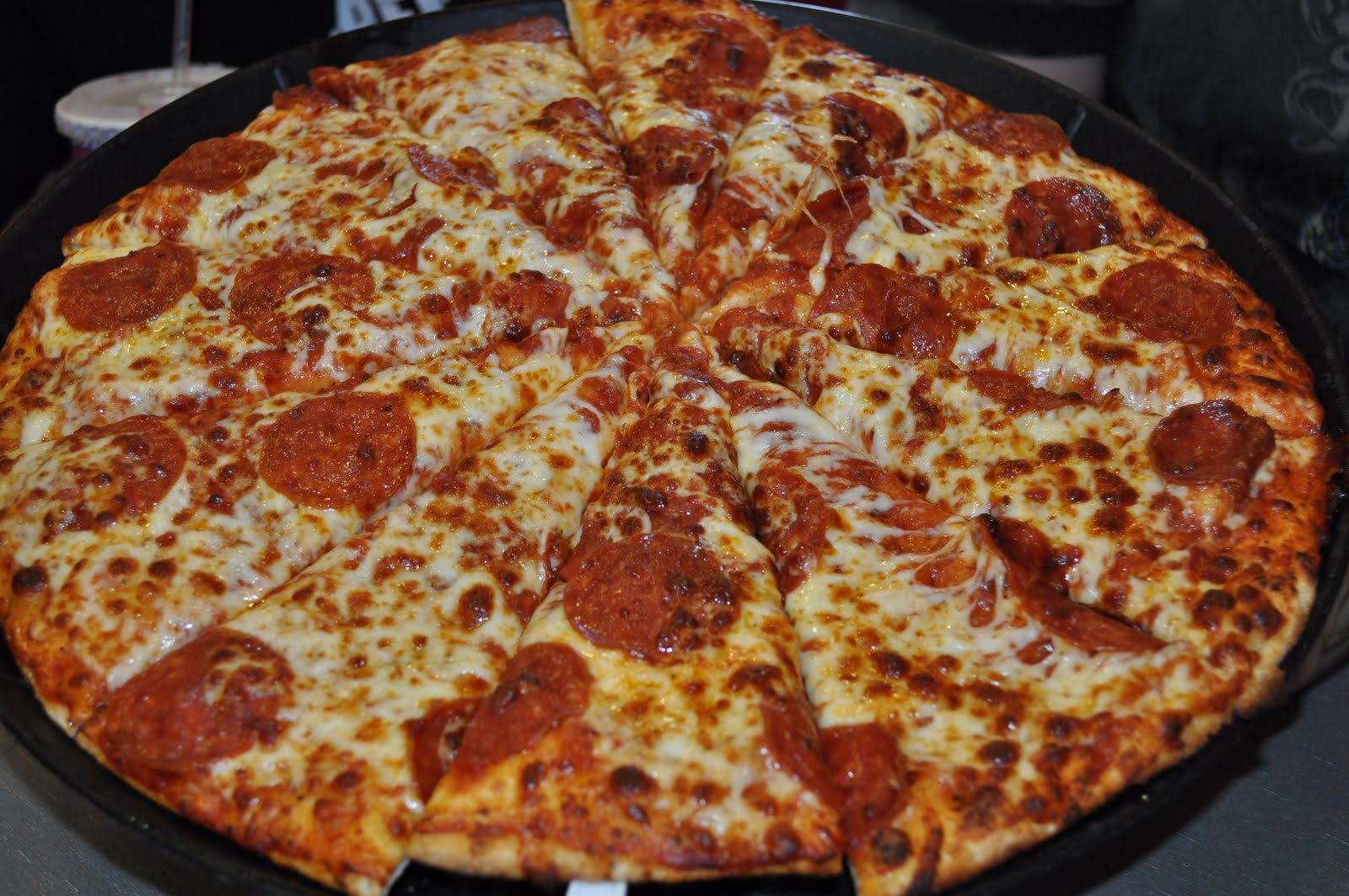 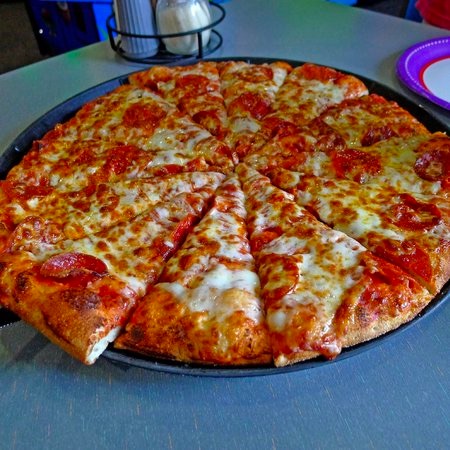 However, there are a number of immediate reasons to suspect the rumor is untrue. One is that Chuck E. Cheese’s has been in operation since 1977, and has undoubtedly had significant staff turnover since. Rumors about recycled pizza generally come from customers, but if the practice was widespread or sanctioned, chances are that at least some iterations would originate with current and former staff members.

Following from that, the practice of “recycling” pizza at Chuck E. Cheese’s would have to be a corporate-level policy (not an incidental behavior in aberrant franchises) and evidence of it would likely exist in training materials.

Another related element of the claim is that the notion restaurants re-plate uneaten food to boost their bottom line is its own nebulous rumor. And restaurants have been caught red-handed “recycling” uneaten food. When this occurs, it’s newsworthy — globally. In July 2014, an American food news site reported on a purported sting in Beijing spurred by employee reports:

According to Shanghaiist, Han Li Xuan Barbecued Meat Market in Beijing, part of a Korean barbecue chain with an all-you-can-eat buffet, was caught in an illicit food-recycling program by a pair of intrepid undercover reporters who filmed employees collecting meat from customers’ trays and re-serving it to unwitting guests.

Acting on tips from restaurant employees, two reporters from Beijing News reportedly applied for jobs at the restaurant. Both were hired after an interview that allegedly lasted less than three minutes, and were quickly brought into the food-mishandling fold.

An August 2016 news item about the practice involved chips and salsa, and touched on the ways in which such behavior was traceable through the inevitable food-borne illnesses:

When asked by WWMT about the allegations, the restaurant owner claimed he didn’t know what he was doing was wrong. “I thought it was okay,” Suarez told the news station. He said he has now learned his lesson and will throw out all unused food moving forward.

The practice of reusing already touched food is potentially unsafe and a little psychologically disturbing for baseline germaphobes. A 2009 study found that double-dipping a chip into a dip like salsa or cheese can transfer bacteria from the dipper’s mouth to the bowl (though the bacteria levels do die down after about two hours). By these numbers, if restaurant salsa is reused within 120 minutes, patrons could be consuming strangers’ bacteria.

Even worse, re-serving food can also increase the risk of contracting viruses like hepatitis A, which is often transmitted through contaminated food, Eater noted. This means if an infected person touches food — like free chips or a bread basket — and the food is then re-served to another table, members at the second table could be at risk for contracting the virus.

Similar risks are referenced in an excerpt from Anthony Bourdain’s Kitchen Confidential. Strikingly, Bourdain hints at dangers from food storage and kitchen reuse, not even touching on pathogens that can pass between customers:

Brunch menus are an open invitation to the cost-conscious chef, a dumping ground for the odd bits left over from Friday and Saturday nights. How about hollandaise sauce? Not for me. Bacteria love hollandaise. And nobody I know has ever made hollandaise to order. And how long has that Canadian bacon been festering in the walk-in? Remember, brunch is only served once a week — on the weekends. Cooks hate brunch. Brunch is punishment block for the B-Team cooks, or where the farm team of recent dishwashers learn their chops.

Both examples involved single restaurants, not chains; in both cases, the behavior was spotted and reported. Extrapolating from there, the idea that such a practice could occur for four decades in locations across the United States without interference beggars belief. If a large national chain like Chuck E. Cheese’s engaged so regularly in the practice of “recycling” pizzas, it would be virtually impossible to suppress that secret due to its scale.

Nevertheless, Dawson’s observation that Chuck E. Cheese’s pizzas were suspiciously mismatched was supported by many photographs on social media. And presuming Dawson received the pizza in the condition seen in the video, it too was mismatched. It was possible that for some reason, the chain’s pizzas were often served in that fashion — but it is not clear why that would be the case.

We contacted Shane Dawson and Chuck E. Cheese to ask about the “recycled pizza” rumor, and we will update our findings if we hear back from either party.

Update, 02.12.2019, 2:37 PM: A representative for Chuck E. Cheese’s responded to our inquiry, describing the claims as “unequivocally false”:

The claims made in this video about Chuck E. Cheese’s and our pizza are unequivocally false. No conspiracies here – our pizzas are made to order and we prepare our dough fresh in restaurant, which means that they’re not always perfectly uniform in shape, but always delicious.