The Origin of “Kilroy Was Here!”-Unproven!

Summary of eRumor:
An account of how the World War II slogan and cartoon “Kilroy Was Here” came into being.  It is credited to a Massachusetts man named James Kilroy who was allegedly identified through a nationwide contest sponsored by the American Transit Association.  Kilroy is said to have been a shipyard worker during the war who scribbled his graffiti on a lot of ships that went to war.
The Truth:
The “Kilroy Was Here” scribble and the cartoon that accompanied it became widely known during World War II.  Kilroy became a symbol of the presence of American GI’s and a smiling suggestion that he had gotten there first.  The “Kilroy Was Here” graffiti was seemingly everywhere. 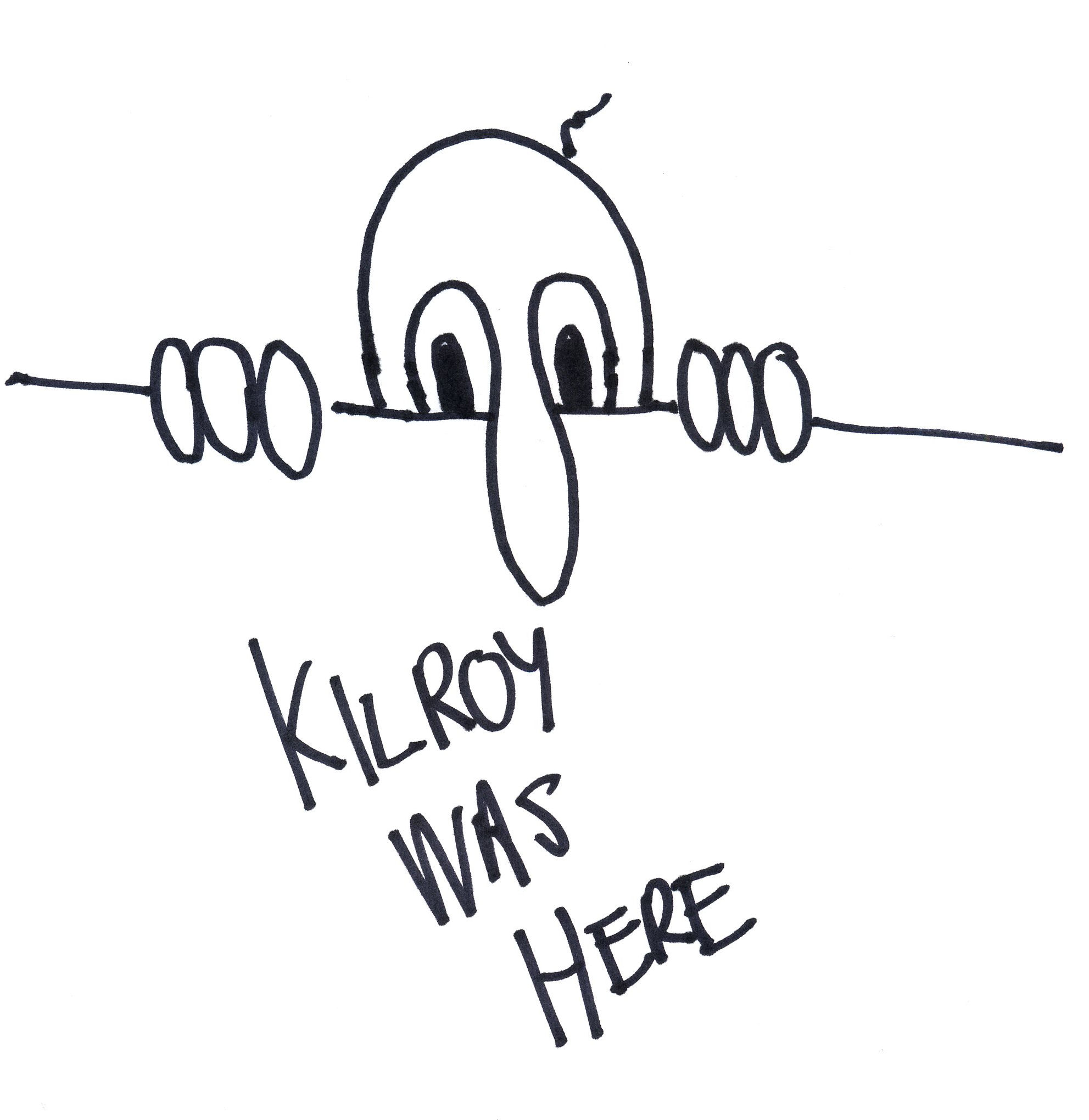 There is not agreement as to where and how “Kilroy Was Here” got started although the story of James Kilroy certainly deserves attention.  The radio contest by the American Transit Association did actually take place and James Kilroy was the only one out of 40 people who responded who seemed to be able to back his story of having originated it while he was an inspector at the Fore River Shipyard in Quincy, Massachusetts.  He produced coworkers who backed up his story and pointed to Kilroy cartoons that appeared in obscure portions of ships that could have only been put there by a shipyard worker.
Although the popularity of Kilroy peaked in the 1950s he’s still around.  He’s been known to have been found scribbled by American soldiers in obscure places in Iraq and Afghanistan.
Updated 2/16/08