"Macaulay Culkin is now 4 years older than Catherine O'Hara was when she played his mom in Home Alone." 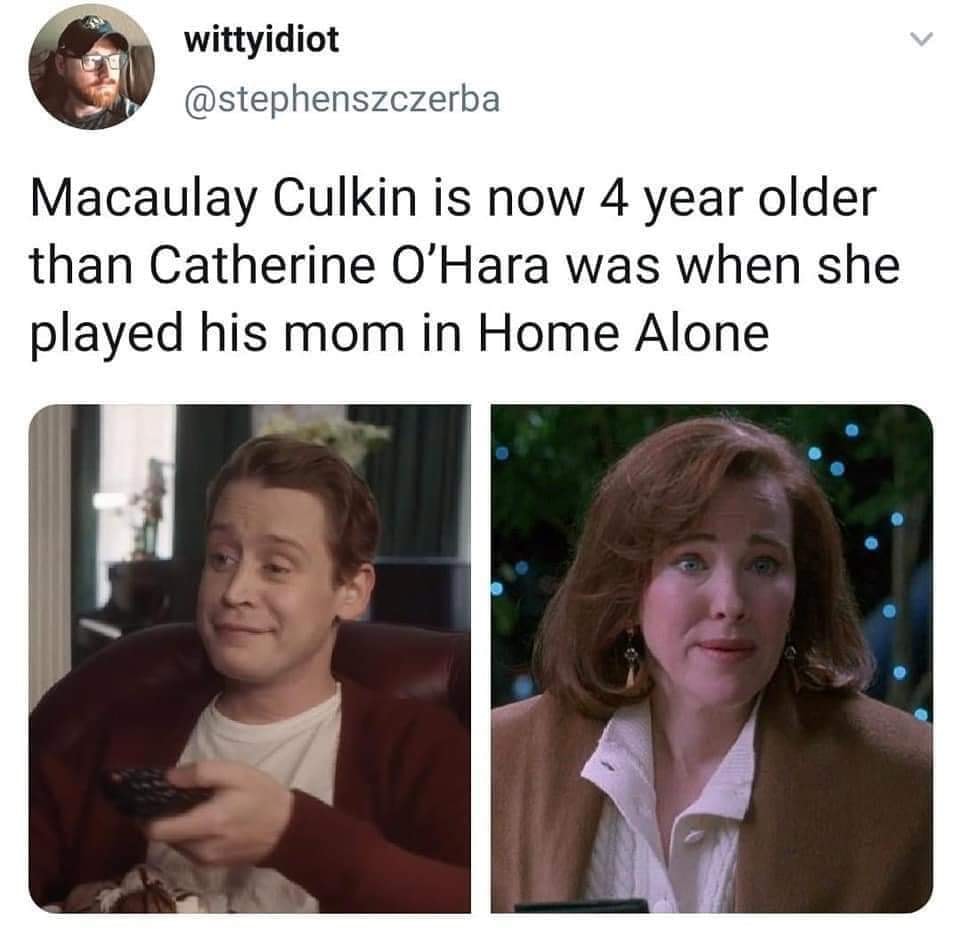 In the screenshot, the Twitter user’s handle (@stephenszczerba) was visible, but the date was not. Text of the tweet read:

On Twitter, the original post’s timeline was locked to friends and family so that we could not immediately determine whether “now” was in 2021 or some other year.

A reverse image search yielded no matches, but searching some of the tweet’s text returned seven results — two of which were dated entries from meme aggregator iFunny. They were posted on December 25 and 28 2020, which indicated that “now” was likely the same month the tweets were uploaded to that site (and the likely “years older” number was consequently “five.”)

For context, Home Alone is a 1990 Christmas comedy film, starring Culkin as the titular unsupervised child left behind during a family’s holiday vacation; O’Hara played the boy’s harried mother. Home Alone was filmed in 1990 and released in November of that year.

In December 2021, screenshots of the tweet asserting Macaulay Culkin was “four years older” than Catherine O’Hara when she played his mother in Home Alone circulated on Facebook. That tweet appeared to have been posted in December 2020, at which time the proportions were accurate. In 2021, Culkin was 41, and five years older than O’Hara at the time Home Alone came out.