This is a forwarded email that alleges that the group of U.S. Marines that marched in President Obama’s inauguration parade had the bolts and bullets removed from their rifles.

The Truth:
We are still investigating to see if there was an actual order from the White House or the Secret Service regarding the rifles used in the parade.
We have talked to several retired members from different branches of the service who told us that it is not customary for weapons to be loaded during a parade.    Under normal circumstances, the firing pins are removed from weapons unless they are taken into battle or used on the firing range.
We were able to identify three different rifles used by the U.S. Marines in this parade and have images below taken from video of the parade. 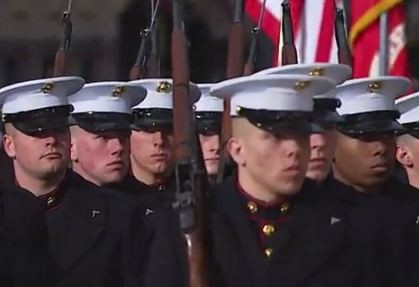 The first group had M1 Garands with bolts removed and bayonets fixed. 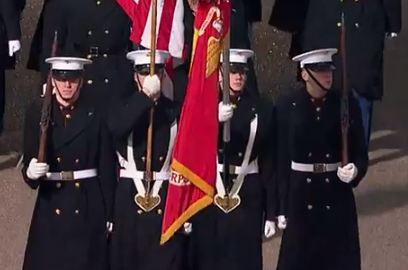 The two marines in the color guard are shouldering the Springfield 1903 bolt action rifle with the bolt handle clearly visible. 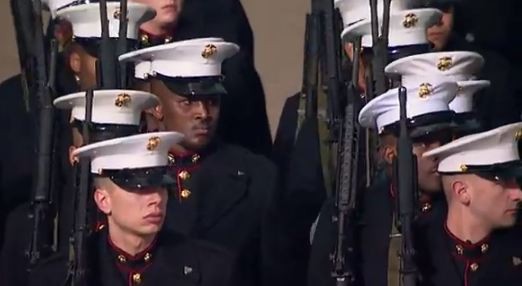 The third group had M-16 rifles with the ammunition magazines removed in order for the weapons to be shouldered.

Even in cases where a 21 gun salute would be conducted by military members, the weapons would be modified to fire blank rounds.
The Secret Service and local law enforcement would have had live rounds in their weapons to protect the President and dignitaries present.