Summary of eRumor:
This is a forwarded email that allegedly contains a photo and description of Trayvon Martin, the 17 year old who died during an altercation with George Zimmerman in Sanford, Florida on February 26, 2012.
The Truth:
The man in the photo is Jayceon Terrell Taylor. He is a rap singer from Compton CA who goes by the moniker of “The Game”.
Taylor is 15 years older than Martin and after the incident the rap singer was very outspoken to the media about how he felt that this was a racial hate crime.  It is possible that someone confused his photo for that of Tayvon Martin.
The photo began circulating on the Internet shortly after the May 7, 2012 arraignment where the 2nd degree murder charge was brought up against George Zimmerman.  The 17 year old Martin was shot and killed on the streets of Sanford, Florida by George Zimmerman, who pleaded not guilty to the charge of second degree murder.  Zimmerman maintains that he shot Martin in an act of self-defense.  Zimmerman remained in custody awaiting trial after his bond was revoked.   The trial ended July 13, 2013 when Zimmerman was found not guilty and released from custory.

The photo below is from a recent album cover by the rap artist known as “The Game” showing the same tattoos on face, neck and right hand that appeared in the forwarded email: 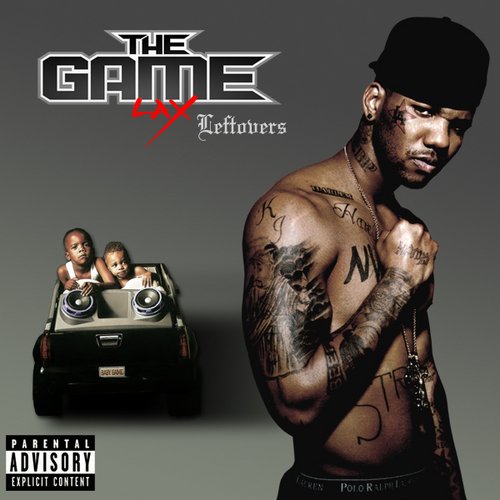 According to an April 10, 2012 Q&A article in the Atlanta Journal the “Associated Press has reported that Martin was 6 feet tall and 140 pounds, but the police report listed him as 6-foot, 160 pounds. The police report stated that Zimmerman is 5-foot-9, but didn’t list his weight. The New York Times reported that witnesses to the fight between Martin and Zimmerman described Martin as 6-foot-1 and 150 pounds and Zimmerman as 5-foot-9, 170 pounds.”