Summary of eRumor:
Megyn Kelly “is on the way out” at Fox News after being exposed as a traitor who supports Hillary Clinton.
The Truth:
We couldn’t find any credible evidence to support these claims about Megyn Kelly, so we’re reporting this one as fiction.
Fringe right-wing websites drummed up rumors that Kelly was being forced out of Fox News because viewers of “The Kelly File” have been tuning out in droves because of Kelly’s apparent support of Hillary Clinton.
On August 27th, the Conservative Tribune published one such report under the headline, “BREAKING: Fox News Exposes Traitor Megyn Kelly, Kicks Her Out for Backing Hillary.” The story begins:

The Kelly File host Megyn Kelly has gotten into a lot of hot water for her many attempts to smear Republican Presidential nominee Donald Trump. Fox News fans are not happy, and have been turning off her show in droves. Disturbingly, it’s even fallen behind The Rachel Maddow Show on MSNBC in ratings, which is embarrassing.

All of this is a clear sign that Megyn is on the way out. Bill O’Reilly is a big Trump supporter, because he recognizes Trump’s leadership ability and close connection with the American public, and because he knows what a disaster a Hillary Clinton Presidency would be. Megyn, unthinkably, seems to be a closet liberal who actually wants Hillary to win.

The article’s claims that Kelly’s ratings are slumping and MSNBC’s Rachel Maddow has surpassed her — are totally false. In reality, Kelly continues to lead in cable news ratings, according to data published by Adweek on the same day that the Conservative 101 story broke: 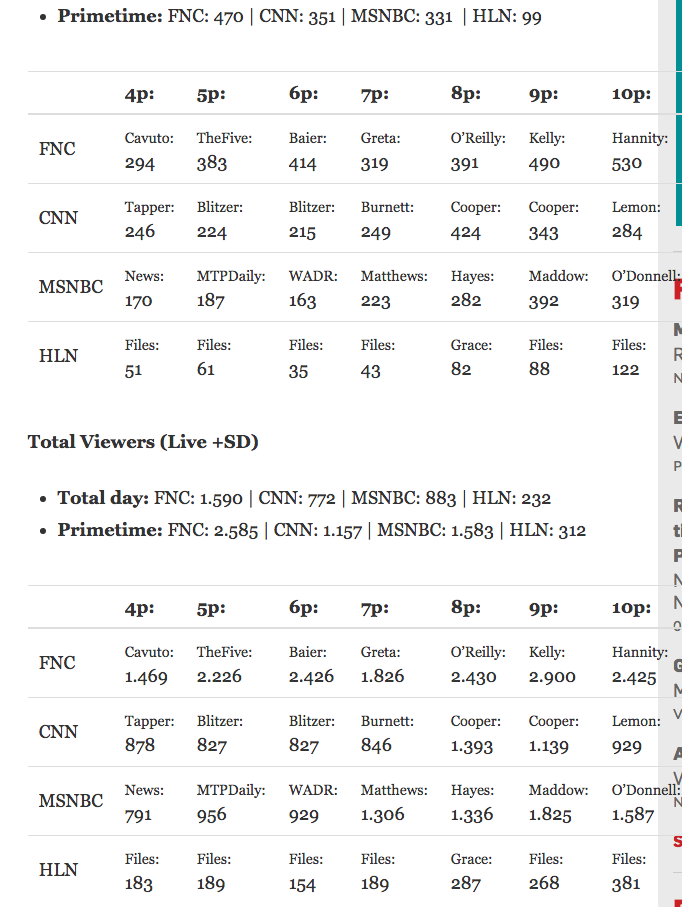 This story and others similar to it deploy a familiar tactic. The headline makes a bold, declarative statement: Megyn Kelly has been exposed as a liberal and kicked out at Fox News for backing Clinton. However, the body of the story doesn’t cite evidence to back that claim and waffles with soft wording like “seems to be a closet liberal” and “all of this is a clear sign that Megyn is on the way out” that doesn’t match the headline.
Rumors that Megyn Kelly has been exposed as a traitor who supports Clinton and is being forced out of Fox News are totally false.