Nutella Puerto Rico (@NutellaPR) shared a photo of a cake bearing marshmallow "ghosts" that looked rather Ku Klux Klan-like in posts to Facebook and Instagram before deleting them. 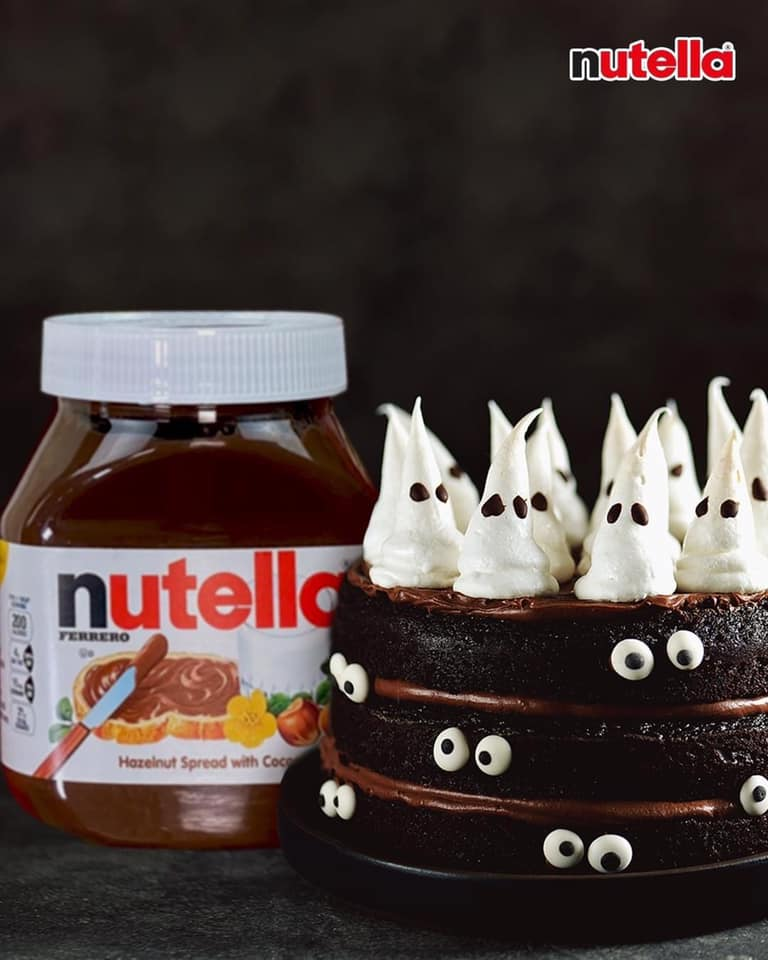 Some posts about the Nutella PR ghosts included a (broken) link to the @NutellaPR account on Instagram and Facebook, but no trace of the purported post appeared on either account. Searching the handle or hashtag #NutellaPR returned myriad screenshots, often captioned “who’s going to tell [Nutella],” or describing the appearance of the cake’s “ghosts” as “unfortunate.”

On Reddit, screenshots were shared to r/facepalm, r/CrappyDesign, and r/cringepics, prompting debate about whether the Nutella ghosts were insensitive or racist:

Exacerbating the confusion about the veracity of the image was the underlying image (of the “ghosts” on a cake), which was available via stock photograph repositories. It appeared that a jar of Nutella had simply been digitally edited into an existing stock image, which might have been the work of internet pranksters.

However, we did locate one partially cached version of the missing post on Facebook, archived here. Text from the original post was visible on the cached page:

[Translated: “Make this year’s celebration delicious with this cake with Nutella® and its little marshmallow ghosts.”]

This morning, we listened and addressed your concerns regarding a post circulated on Nutella’s social media. The Nutella family is focused on spreading joy and profoundly rejects any behavior violating human beings’ rights and dignity. The image’s objective was to share a delicious recipe for everyone’s pleasure.

We deeply regret that it could have been interpreted differently. We thank you for contacting us and for your constant support.

The Nutella “ghosts” image was genuinely shared and later deleted by Nutella PR. The underlying image appeared to be a stock photograph, into which a jar of Nutella had been added for the brand’s social media accounts. As users objected to the imagery, the post was deleted and the page shared an apology.