Barack Obama Explains Why He Didn’t Follow Protocol During the National Anthem-Fiction!

Summary of eRumor:
Senator and presidential candidate Barack Obama explains why he did not follow protocol during the playing of National Anthem at a campaign appearance and why he doesn’t wear a lapel pin of the American flag.
The Truth:
This email is a hoax. 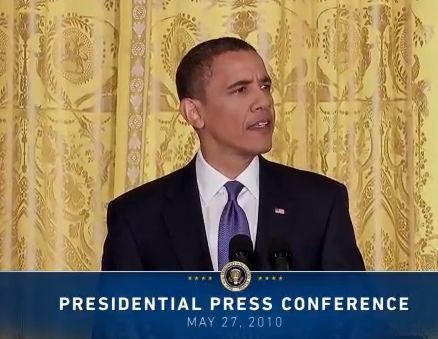 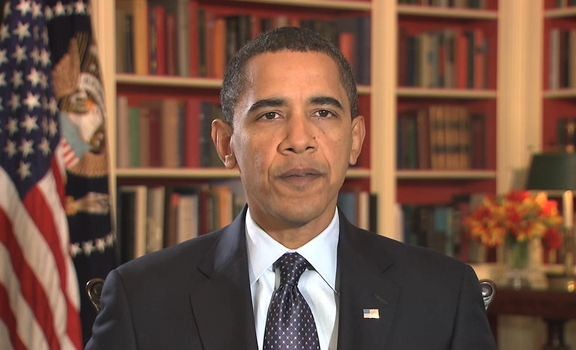 We have noticed that the President began sporting the traditional US Flag pin on his lapel shortly after taking office.  The photos above were taken from the White House web site. The photo above on the left was taken from the video of a press conference  as President Barack Obama addressed the media regarding the BP Oil Crisis.   The image on the right was taken of President Obama delivering a weekly address on January 24, 2009.    Notice the US Flag pinned to his left lapel. 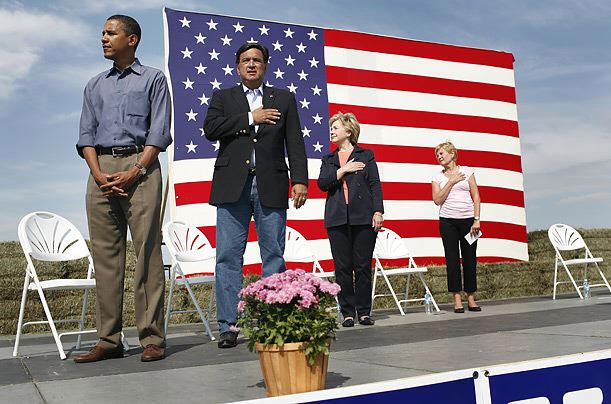 It is true that Obama was photographed at a campaign event in Iowa failing to hold his hand over his heart in salute of the flag during the National Anthem.  CLICK HERE for that story.

But this particular eRumor, which quotes him as saying that the American flag is “…a symbol of oppression” and that the National Anthem “conveys a war-like message” is not true.
The alleged quote is from the pen of columnist John Semmens of The Arizona Conservative.   He writes what he calls “Semi-news — A Satirical Look at Recent News.”   It was in that column on 10/27/07 that he wrote the text of what has been circulated in this email.
It’s satire, not an actual quote from Obama.
Other versions of this eRumor have been circulating the Internet including one popular variation about an account from a Meet The Press program that aired on NBC on September 7, 2008. During the interview U. S, Air Force Retired General Bill Ginn allegedly asked candidate Obama why he did not follow proper protocol and salute the flag during the playing the national anthem.   This is also fiction.

There was a Meet The Press program that day but Senator Joe Biden appeared as a guest not Obama.  There were prerecorded videos of Obama on the program.  Also, Ginn was present on the broadcast nor did it any such question appear on the transcript.   Click to see transcript.