President’s Lack Of Jewelry During Ramadan is a Sign That He Must Be a Muslim-Fiction!

This is a forwarded email that says President Obama was observed not wearing his wedding ring and wrist watch during the month of Ramadan.  The email says that Muslims are forbidden from wearing jewelry during Ramadan and because of this alleges that President Obama is a Muslim.   Also, when questions were raised at the White House the Presidential staff said that the watch and ring were in for repairs. 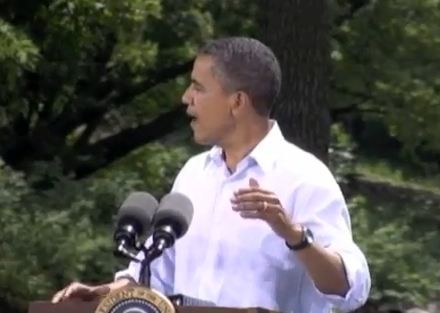 There have been unfounded rumors that President Obama is Muslim and he has repeatedly professed to being a Christian. The President was photographed during the 2011 Ramadan Season wearing both his watch and wedding band but this sort of criteria may not be the evidence needed to substantiate such a claim.
During his 2008 campaign and throughout his term in office he has proclaimed to be a Christian and TruthOrFiction.Com has findings posted at this link.
On June 4, 2009 when President Obama was in Cairo, Egypt he proclaimed his Christianity.  In Muslim countries for a Muslim to do this it would be considered blasphemy and punishable by imprisonment or death.
This eRumor began in 2010 when the President was observed in a press conference not wearing his wedding band.  ABC News reported on September 10, 2010 that the President’s wedding ring was being repaired.
This rumor has resurfaced  during August 2011 when Muslims around the world celebrate Ramadan, a 30 day season of fasting and prayer that began Friday, the 20th of July and continues until Saturday, the 18th of August.

On August 15, 2011 President Obama hit the campaign trail making his first stop Cannon Falls, Minnesota,  The photo above was taken from video posted on YouTube the same day showing the President wearing both his watch and ring.
One of the claims on this eRumor is that President Obama does not give Christmas or Birthday presents to his children, Malia and Sasha is actually true.   In a  July 25, 2008 article in England’s Telegraph Barack and Michelle Obama told reporters that “explained that they spend “hundreds” on birthday slumber parties and want to ‘teach some limits’. Santa Claus is still permitted to deliver seasonal gifts however.”
Posted 8/15/11