A recently released picture of Pope John Paul II being embraced by the Virgin Mary supposedly taken at the time of his attack on May 13, 1981.  The picture is said to have been taken by one of his body guards.  Some versions of this eRumor include a prayer and request to forward this to all your friends to encourage prayer in the world.
The Truth:

On May 13, 1981, Pope John Paul II was shot as he arrived in St. Peter’s Square to speak to the people who had gathered there.  The pope was critically wounded but survived after surgery and a long recovery.  The gunman was apprehended in the square and sentenced to life in prison.
TruthOrFiction.com contacted professor Joaquín Navarro-Valls, who is quoted in the eRumor as authenticating the picture.  He said the photograph in the eRumor was not in any way released by the Vatican nor was it taken – as is implied in some other web sites – by any of the security people close John Paul II on the day the pope was shot. 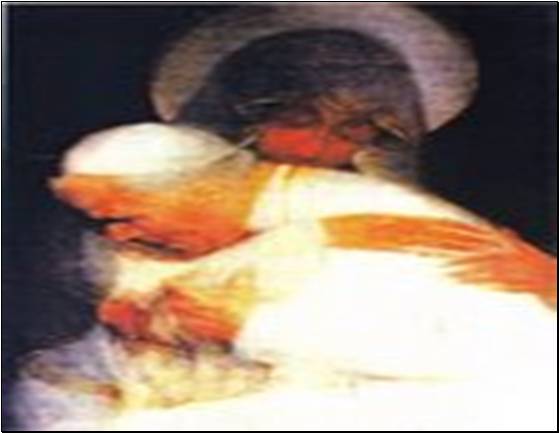 We found a similar image claimed to be from a stained glass window of Pope John Paul II and Our Lady of Czestochowa at the Florida residence of  Bishop Thomas Wenski.
It is so similar to the photo in the eRumor that one wonders whether it was the inspiration for it.  Bishop Wenski was appointed coadjutor bishop of the Diocese of Orlando July 1, 2003 by Pope John Paul II.   We are awaiting a call back from Bishop’s office. 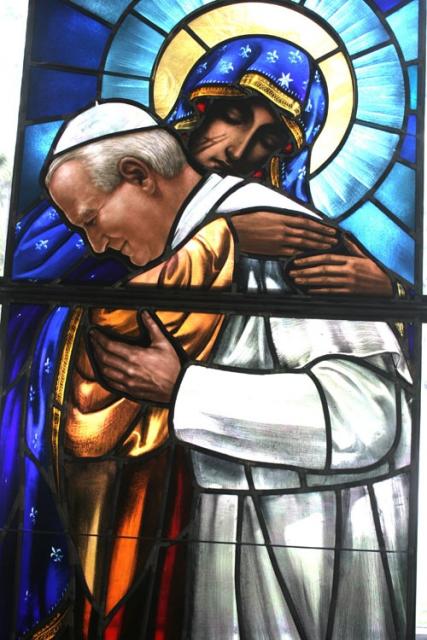