Summary of eRumor:
A viral photo apparently shows Hillary Clinton shaking hands with Osama bin Laden.
The Truth:
This photo was edited to make it look like Hillary Clinton was shaking Osama bin Laden’s hand.
The first giveaway that the photo isn’t real is the website stamped on the bottom of it, FreakingNews.com. The website is home to a community of amateur photo editors who often edit multiple photos together in the name of satire, humor, politics or art.
These photos (like the one of Hillary Clinton shaking hands with Osama bin Laden) look real and are often mistaken for real photos, but that’s not the case. The website’s disclaimer states that all material is presented “as is” and that it can’t be held responsible for inaccuracies or errors.
In the real photo, Hillary Clinton was shaking the hand of an Indian musician named Shubhashish Mukherjee at an event in 2004. The artist has that, and other pictures taken of Hillary that day, archived on his website: 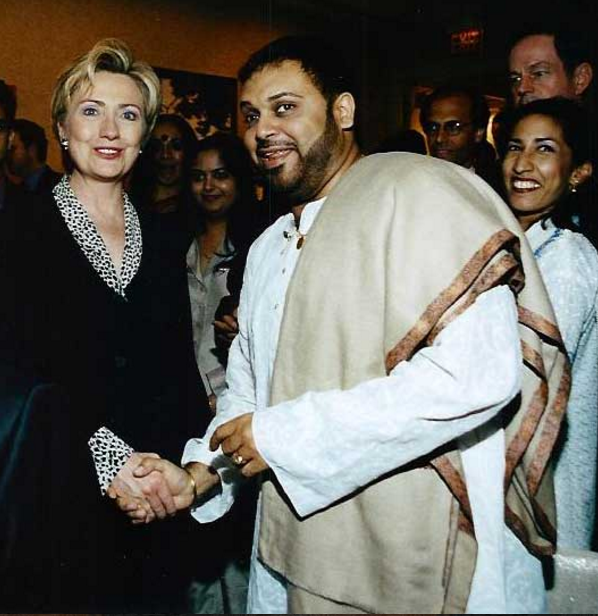 After some clever Photoshop editing, however, Hillary Osama bin Laden’s head was placed on Mukheriee’s body to make it look like Hillary was shaking the hand of America’s biggest enemy: 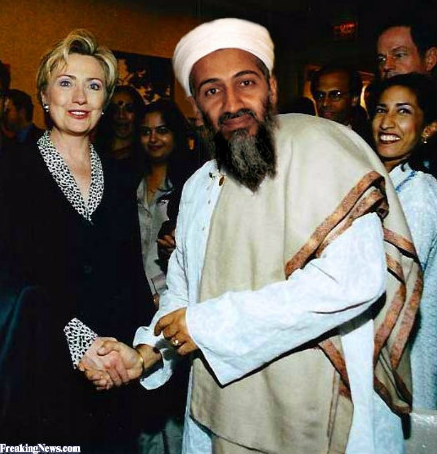 That’s why we’re calling this one fiction.