A long-circulating meme suggests that the “praying” emoji is definitively a “high five,” and a common iteration (seen above) shows a search for the term “highfive” with commentary such as “y’all be high fiving people’s deaths.”

The origin of the meme is not clear, but it makes the rounds on Twitter, Facebook, Instagram, and other social platforms from time to time. Nevertheless, the “prayer emoji” remains a popular response to requests for prayer or good wishes, and it is seemingly interpreted by most as a signal of prayer or related solidarity.

We were unable to replicate the “search” for “highfive” seen in the meme above, but attempted using another application with native emoji: Slack. Using the keyboard commands for emoji (wrapped colons), we typed in “high” and got three hits — none of which were the emoji in dispute:

Typing in “pray” generated two emoji, one of which was the emoji in question:

Slack was just one place a native emoji keyboard appeared, and there were other resources for decoding the “official” meaning of each character. Unicode’s Emoji Charts listed the highfive/prayer emoji on their roster of core emoji, at number 179. The name provided was “folded hands”: 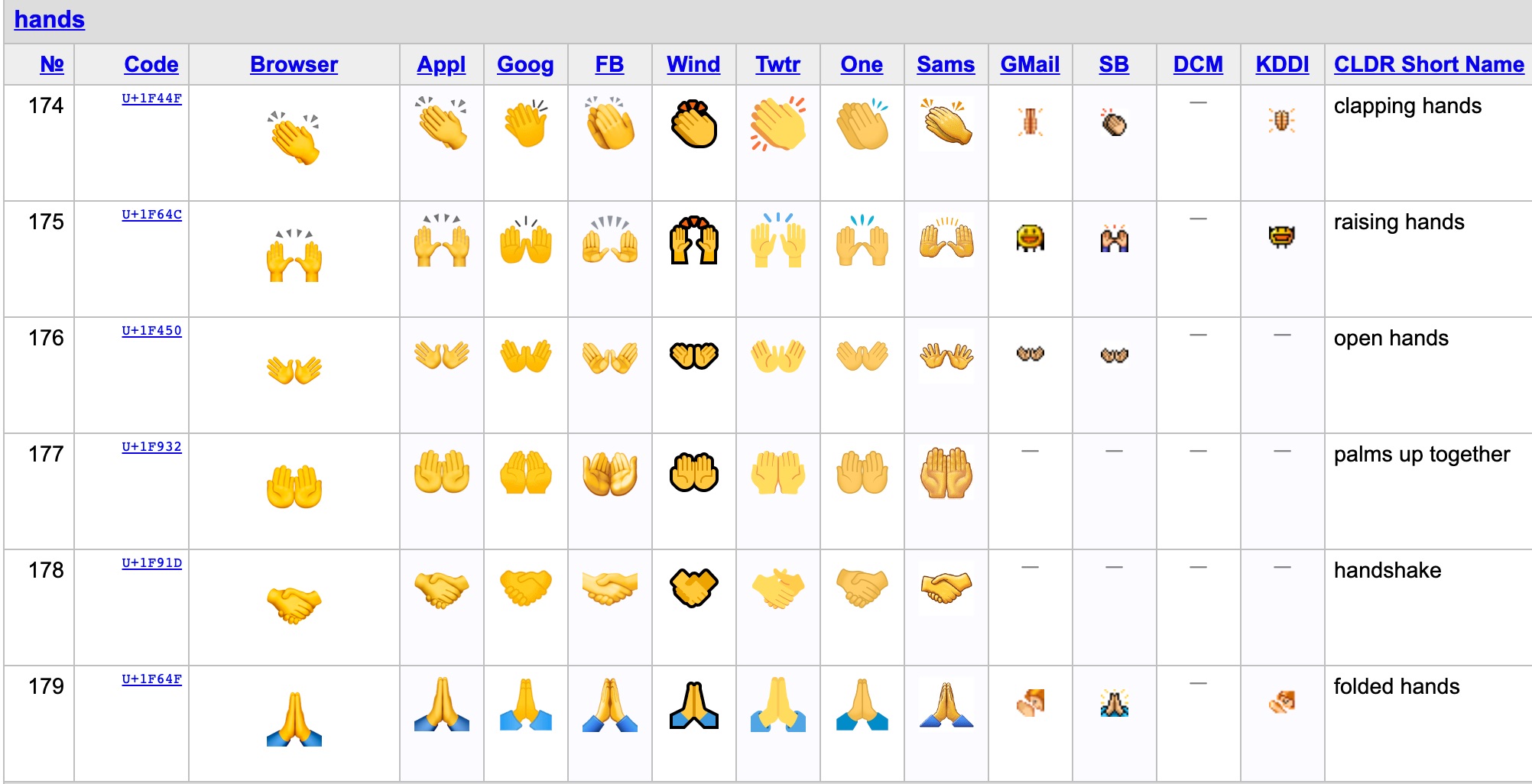 Emojipedia featured an entire entry for the same emoji, “🙏 Folded Hands.” That entry mentioned the “high five” application of the emoji, but as a secondary usage:

Two hands placed firmly together, meaning please or thank you in Japanese culture. A common alternative use for this emoji is for prayer, using the same gesture as praying hands. Less-common: a high-five.

A previous version of this emoji displayed a yellow burst of light behind the two hands on iOS. Android showed a blob-character with closed eyes and folded hands in Android 5.0.

The 🙏 icon also appeared on Wikipedia’s “Emoji” page (in the row labeled “U+1F64x.”) No name was provided.

According to all sources for cataloguing emojis (including Unicode), the official name for the icon in question is “Folded Hands.” Instant messaging platform Slack categorized the “Folded Hands” icon under the keyboard command “:pray:”, and an encyclopedia entry for it describes it as having a primary meaning of “please or thank you in Japanese culture.” “High five” is recognized as a colloquial usage for the emoji, but when its name isn’t “person with folded hands,” it’s typically “pray.”