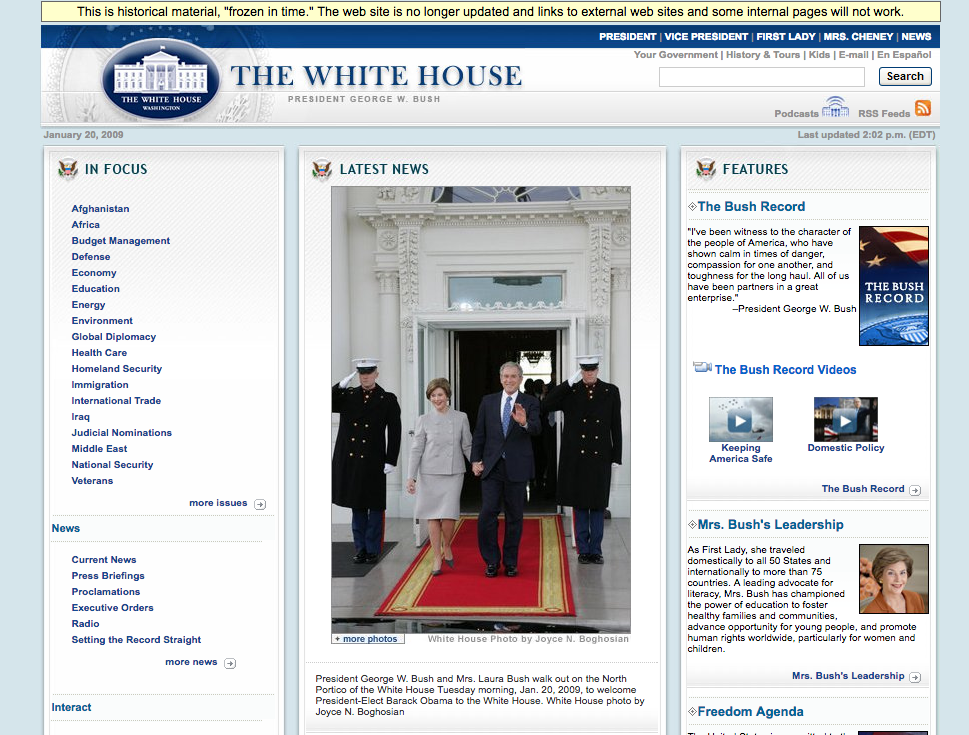 President Reagan was the first president to widely use the logo, and back then if featured a full color red, white and blue flag flying above the White House: 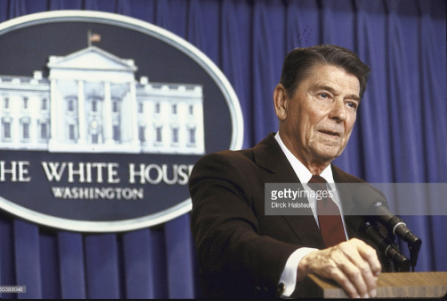 It’s not clear why the George W. Bush administration changed the full colored flag to white, but it’s possible that it was because it made printing and scaling the logo easier.
But there is a kernel of truth to rumors about changes to the flag under the Obama administration. Changes were made to the White House logo, but they were subtle and would be hardly noticeable to the untrained eye.
The ad agency Hello Monday blogged at Medium that it was invited to participate in a redesign of the White House logo in 2009. After studying the logo used under the Bush administration, Hello Monday quickly noted a number of mistakes.
Specifically, an alternating pattern of pyramids and arches above the windows appeared wrong in the logo, and the alignment of the back columns in the logo didn’t match the real White House. The agency suggested changes, but was denied:

We decided to clean it up and create 2 versions: a more streamlined version that kept the important details minus the triangle over the window, and a simplified version for digital use. We also optimized the kerning and tracking of the logotype.

We then presented our findings and recommendations to the White House. A week later they told us that they would not be moving forward with the project. Obviously we were very bummed. And also a bit surprised to see that they kept the erroneous logo up the next 7 years.

By 2016, however, the Obama administration was ready to make some changes to the White House logo. Hello Monday noted that the new logo fixed the pyramids (like they had suggested in 2009), cleaned up the lines and added a simplified “baby” logo for digital use:
INSERT
Again, the changes were so subtle that they might only be noticeable to an ad agency that previously studied the logo.
But that didn’t stop conspiracy theories that Obama changed the logo to remove the stars and stripes as one of his first acts as president, or that he had done so later on to signal surrender to American foes.
Both theories are false. The stars and stripes were removed from the White House logo under President George W. Bush, and a 2016 redesign under Obama was a subtle “clean up” job.