Summary of eRumor:
A statement allegedly by Russian President Vladimir Putin made about U.S. President Obama has gone viral on the World Wide Web.  The statement was, “Negotiating with Obama is like playing chess with a pigeon. The pigeon knocks over all the pieces, shits on the board and then struts around like it won the game.”

This one has gone viral on the Internet and Social Media in October 2013 but we have not found any evidence that Vladimir Putin said this of Barack Obama.
This may be a joke.
According to a web blog by Troy Britain, the term “playing chess with a pigeon” dates back to a March 16, 2005 Amazon.Com review comment posted by Scott D. Weitzenhoffer.   Weitzenhoffer posted the comment in the Amazon review section of Eugenie Scott’s book Evolution vs. Creationism: An introduction. 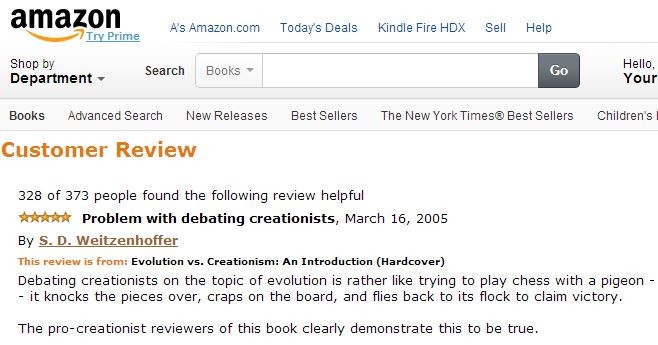