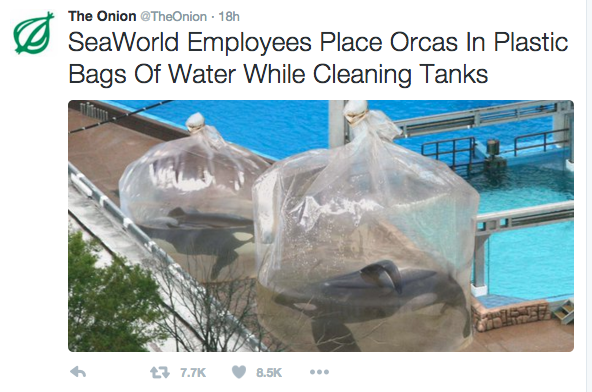 The Onion is one of the most well known satirical publications in the country, but many people who read the tweet missed that. A number of angry readers even tweeted at the official Sea World account in disgust over the fake story.