A statue of “spitting Stalin” that is periodically viral online is real — but its location is unclear.

Photographs of a statue of the former Soviet Union leader Joseph Stalin, usually seen half-submerged, have circulated online for years; in August 2022, for example, it was the subject of a Reddit post:

In the town of Miass, #Stalin suddenly rose from a lake and started vomiting violently, locals are very frightened 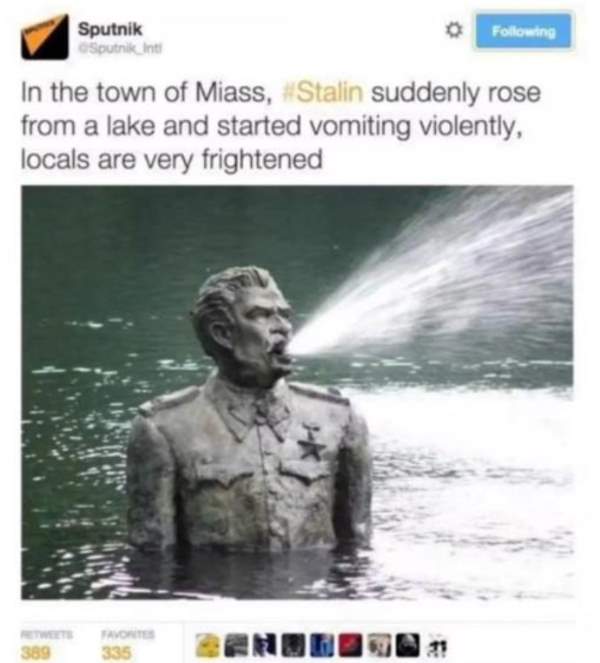 The statue has also appeared in the online database Know Your Meme, identified as a “reaction image”: 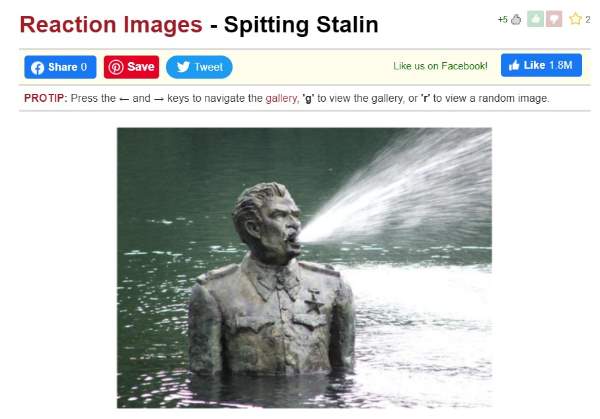 Most internet sightings involving the statue, however, have identified it as part of an art installation in the Netherlands; both stock photography websites and a photograph posted on Wikipedia Commons have placed the installation inside Park Presikhaaf, in the eastern city of Arnhem: 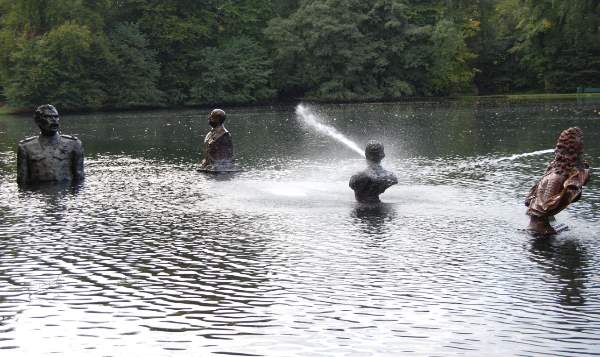 The arts magazine Mister Motley reported in June 2020 that “Spitting Stalin” was part of a larger work by Spanish artist Fernando Sánchez Castillo, calling it one of several sculptures in Arnhem that “challenge the concept of democracy and hold up a mirror to her.”

According to the magazine:

The installation Spitting Leaders (2008) is located in a pond in the Presikhaaf park in Arnhem. They are four fountains in the shape of the busts of Stalin, [Francisco] Franco and Louis XIV and an unidentified fourth leader. This could possibly be Juan Carlos, whose kingship was linked to corruption and scandal. Images of political leaders in public space are usually imposing, stately or heroic, but Sánchez Castillo literally pulls the “mighty men” off their pedestal. Dressed in military uniforms, with badges and medals, they spit water in each other’s faces. Not only are they mocked by the artist, but they mock each other.

The arts website Afasia Arq identified Nazi leader Adolf Hitler as the fourth statue in the installation, saying that it was to be placed inside Parc Borély in Marseilles, France.

We also found other sightings of the Spitting Leaders, placing them inside a separate park, Sonsbeek, also located in Arnhem; it is unclear whether the installation was moved from one park to the other.

We contacted city offiicals seeking clarification, but have yet to hear back.