Although the Twitter handle was cut off, a displayed name read “Nintendo of America.” Also visible was a date of December 29 2019, and the following text:

What’s this? A sneak peek at the bathrooms of Super Nintendo World at Universal Studios parks! Feel even more immersed in the Mushroom Kingdom as you water these thirsty piranha plants.

Part of why the purported tweet was popular and widely shared was perhaps the unusual subject matter and phrasing about Nintendo-themed urinals. Super Nintendo World was an actual planned project as of  January 2020:

The same screenshot and comic was shared to Imgur on January 18 2020:

However, no tweets on Nintendo of America’s Twitter timeline matched the tweet in the screenshot. A reverse image search showed the picture’s first crawled appearance was in January 2015 — two years prior to the start of construction on Super Nintendo World: 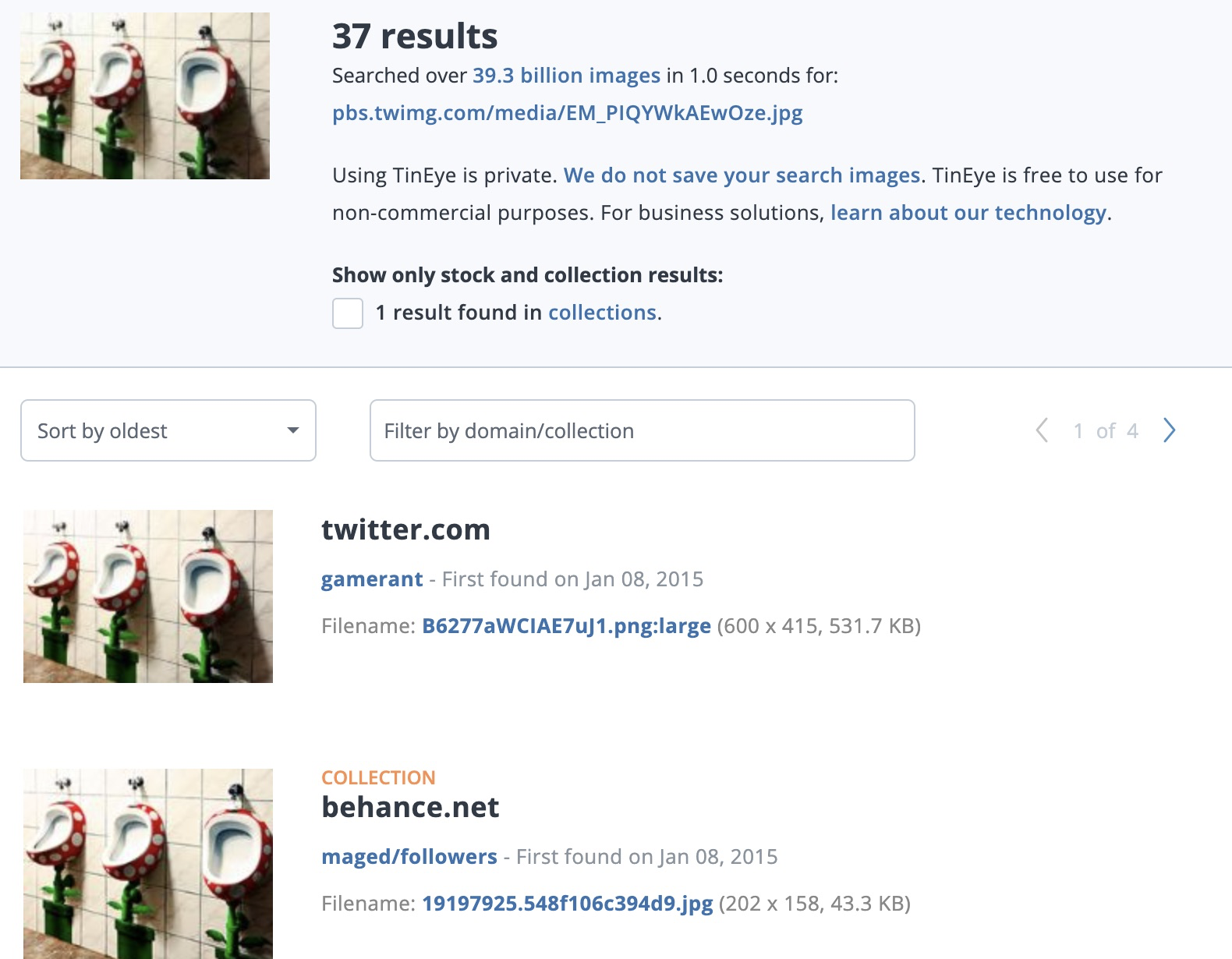 I hope they don’t bite… from gaming

We searched the tweet’s text on Twitter, and did get a hit for a tweet matching the one in the screenshot:

What's this? A sneak peek at the bathrooms of Super Nintendo World at Universal Studios parks! Feel even more immersed in the Mushroom Kingdom as you water these thirsty piranha plants. pic.twitter.com/DQNazkU5Si

Welcome to the FAKE Nintendo profile for gaming news! We’re listening, too.

It wasn’t clear whether the “Mushroom Kingdom” urinal photograph depicted actual plumbing or a creative piece of fan art, but a screenshot of the tweet misleadingly suggested the image originated with the official verified Nintendo of America (@NintendoAmerica) account. It actually was shared by a parody account, and the 2015 (or earlier) image came long before construction on Super Nintendo World, which began in 2017 and about which legitimate stories appeared in January 2020, driving interest in the purportedly thirsty urinals.