A series of videos posted online in 2015 shows teenagers summoning a "Mexican demon spirit" named Charlie as part of an online challenge.

What looked like a particularly spooky entry in the series of Internet “challenges” in 2015 did succeed in gaining attention, before being revealed as a marketing campaign for a horror movie — that is, surprisingly, seeing a new (after)life in 2021.

According to the Washington Post, more than 1.6 million tweets were posted using the tag #CharlieCharlieChallenge, a reference to the object of the game — to summon “Charlie Charlie,” who was either the purported spirit of a Spanish-speaking child or a “pagan Mexican deity.” (There is, in fact, no “pagan deity” by that name in Mexican culture.)

The Post reported that the challenge spread on the video-based app Vine and outlined the steps involved:

Step 1: Open your Vine and get the camera rolling. (If you don’t have Vine, you ARE too old for this.)

Step 3: Label two of the resulting quadrants “no,” and the other two “yes.”

Step 4: Place two overlapping pencils on each axis of your grid, crossing them in the middle. 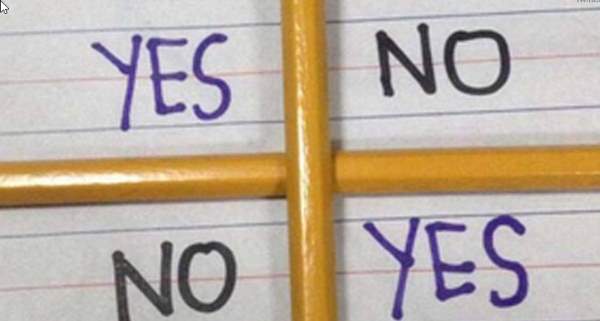 The “challenge” attracted attention from not only the Post but outlets like MTV before being revealed to be the marketing plan for the horror movie The Gallows.

A brief trailer for the movie shows the “Charlie Charlie” board before cutting to a young woman — presumably playing the game — being dragged off-screen by an unseen force:

The movie, which was set for release in July 2015, is about a group of students in a small town who try to resurrect a school play that ended in tragedy 20 years earlier — and, of course, there are horrific consequences. In one respect the #CharlieCharlieChallenge owes as much to online trends as it does the viral campaigns for other horror films like The Last Exorcism and The Blair Witch Project.

The game did figure into a U.S. political story in April 2021, when CNN reported that Republican Kelly Tshibaka, who is running to unseat party mate Sen. Lisa Murkowski in Alaska, criticized the challenge in a blog post:

Tshibaka wrote about the “Charlie Charlie Challenge” popular with teenagers on social media at the time, in which users use a makeshift Ouija board. Tshibaka said the game could invite “evil spirits” and presents a “significant spiritual risk to those who play it and others who are around or exposed to it (e.g., an entire school).”

“Youth draw a quadrant on a sheet, place two intersecting pencils on top of each other, and then ask, ‘Charlie, Charlie, are you there?’ They then proceed to ask subsequent questions and the top pencil moves to land on the correct answer in the quadrant (e.g., yes, no, etc.) Of course, most [of] the time the top pencil does not move,” she wrote. “But sometimes it does. And that’s because evil spirits are real and they’re more than happy to respond to invitations to afflict people.”

Yet “Charlie Charlie” itself has maintained interest beyond any movie; one of the earliest origin points for the original challenge was a May 2015 story aired by the Dominican news outlet CDN 37 on the game causing “trauma and panic” within schools in the province of Hato Mayor.

“What [students] are doing is opening doors for the enemy,” said Fernando Betancourt, identified as a pastor and teacher at an unidentified school. “Scripture tells us that Satan came to kill, tempt, and destroy. And that’s precisely what he wants to do through this game to youths and children.”

And a separate version of the challenge gained traction online in Nigeria in January 2021, with more social media users posting their own videos:

This has to be the most funny Charlie Charlie video I’ve seen😭😂. Yahoo by force 😂😂 pic.twitter.com/QJku0vcLTc