Image of an anti-Semitic sign ("the real plague") was captured at a COVID-19 anti-lockdown protest in Ohio in April 2020.

In all iterations, the image was identical. It showed a light-colored, late model minivan, in which a passenger is displaying a sign from their window. That sign depicted a blue rat, a star of David, and blue text reading “THE REAL PLAGUE.”

It didn’t take long to verify the details provided in the posts. An April 19 2020 tweet from Cleveland.com carried the image, and indicated that it was taken on April 18 2020 in Columbus:

An anti-Semitic sign was displayed during the protest in Columbus on Saturday. https://t.co/J6bMOFmqWd

A photo from [April 18 2020]’s stay-at-home protest at the Statehouse is gaining traction on Twitter for its anti-Semitic message.

The photograph captured two men in a minivan. One held a sign with an illustration of rodent with the Star of David on its side and the words “The Real Plague.”

The protest movement against coronavirus restrictions has been a mishmash of people. Some adhere to public health officials’ guidance of distancing themselves at least 6 feet apart and wearing masks. They want to return to work. On the more extreme are others who call coronavirus a hoax.

But the anti-Semitism might drown out all their messages.

On April 20 2020, Columbus Jewish News reported on the protest and the sign, including an image of the same sign displayed in a different image. In that photograph, two men were outside chatting while one held the same sign: 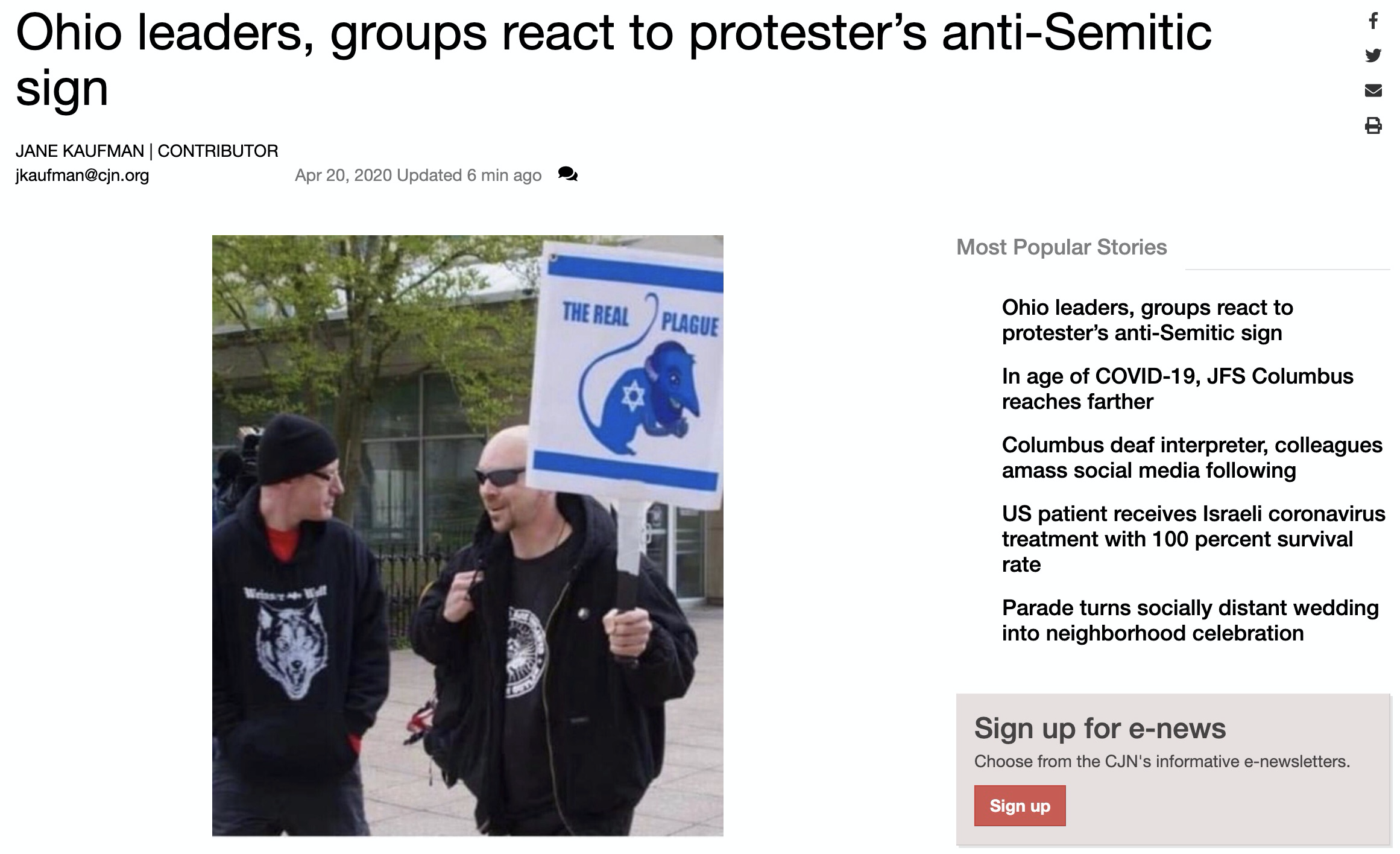 Hey! A second pic of these cool dudes from today. #makethemfamous pic.twitter.com/5y8UCJuvNQ

A circulating photograph of an anti-Semitic “THE REAL PLAGUE” sign was authentic, unaltered, and properly described. The image was captured at a COVID-19 anti-lockdown protest in Columbus, Ohio. Although a single iteration of the sign being held by a minivan’s passengers spread widely, a second photograph showed two people outside a vehicle — one of whom was holding the same sign.