A map showing voter affiliation by city is an accurate reflection of the reality of the United States political situation.

In early May 2021, a tweet showing a map of the United States swathed in mostly red with a scattering of blue appeared, and it quickly went viral: 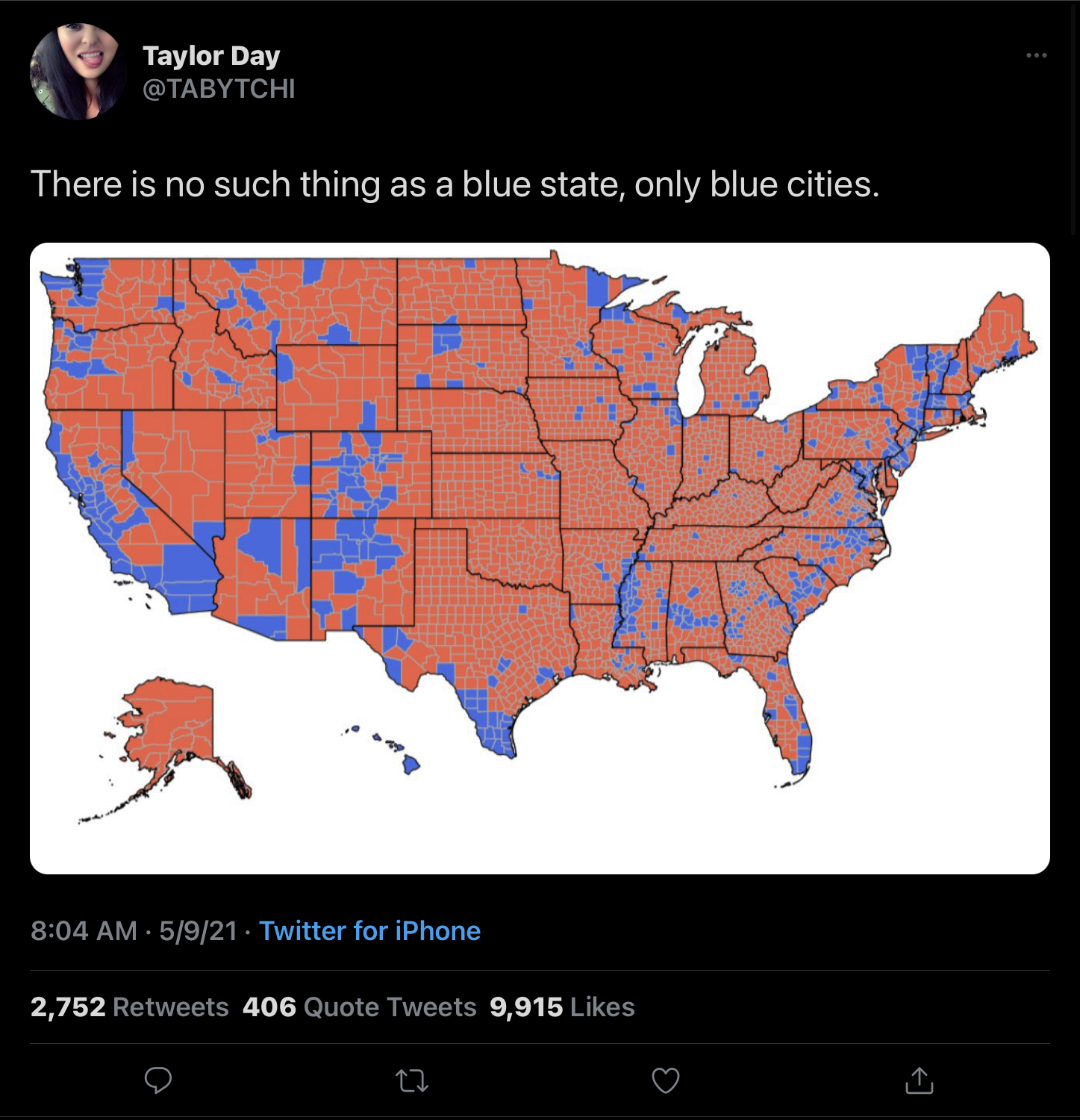 The text that accompanied the image, from an account going by @TABYTCHI, said:

There is no such thing as a blue state, only blue cities.

The outrage-bait tweet received a lot of replies and comments from people both agreeing with and disputing with what the map apparently showed. However, few seemed to remark on the fact that this map is divided up by counties rather than cities before even getting into what it represented — making it already inaccurate on its face, as this map, appropriately titled “Counties and Statistically Equivalent Areas of the United States of America, Including Island Areas” from the U.S. Census Bureau shows: 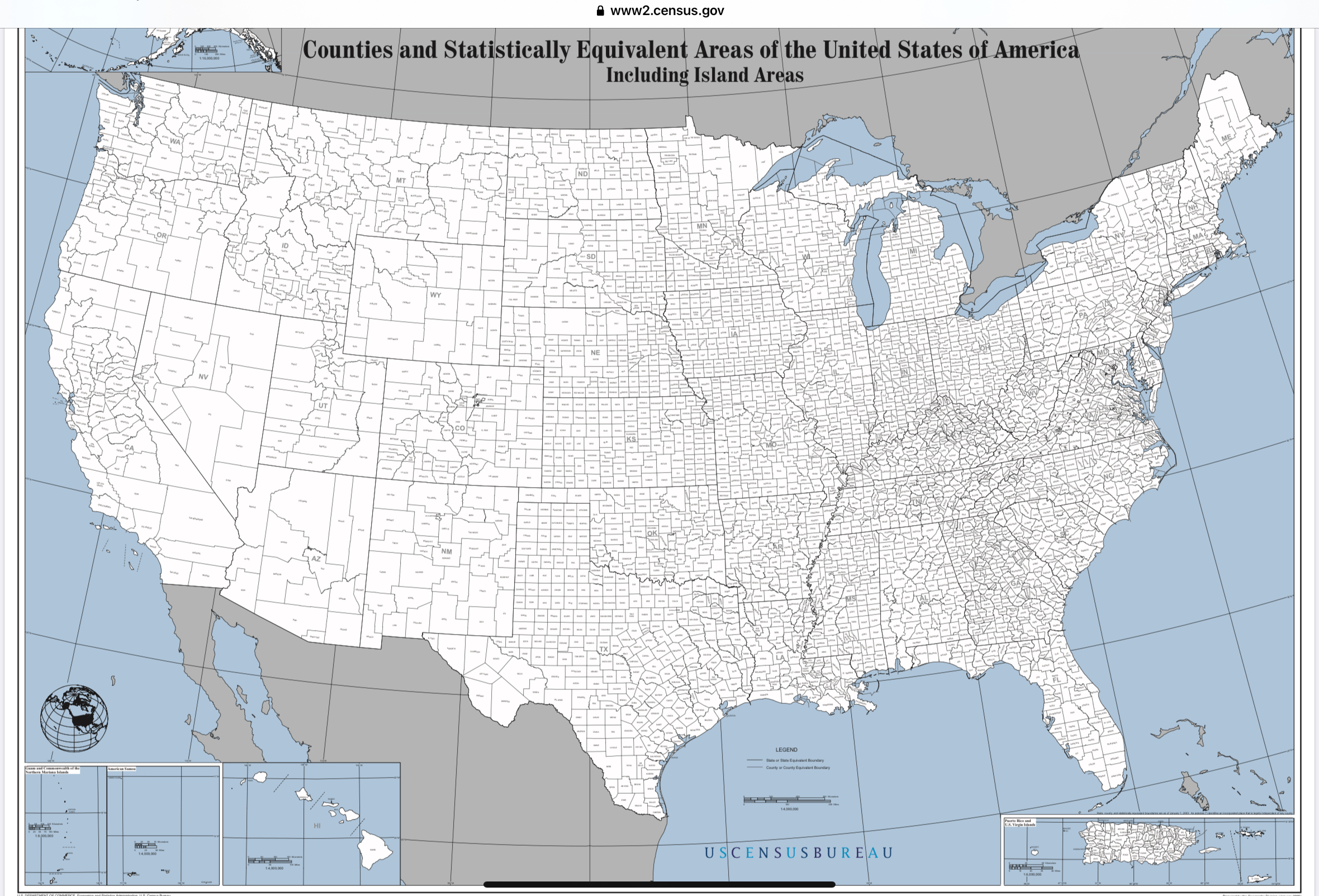 We also thought that the tweeted map looked extremely familiar, so we ran a reverse image search. Sure enough, almost identical maps have been floating around and used for similar disinformation campaigns for years: 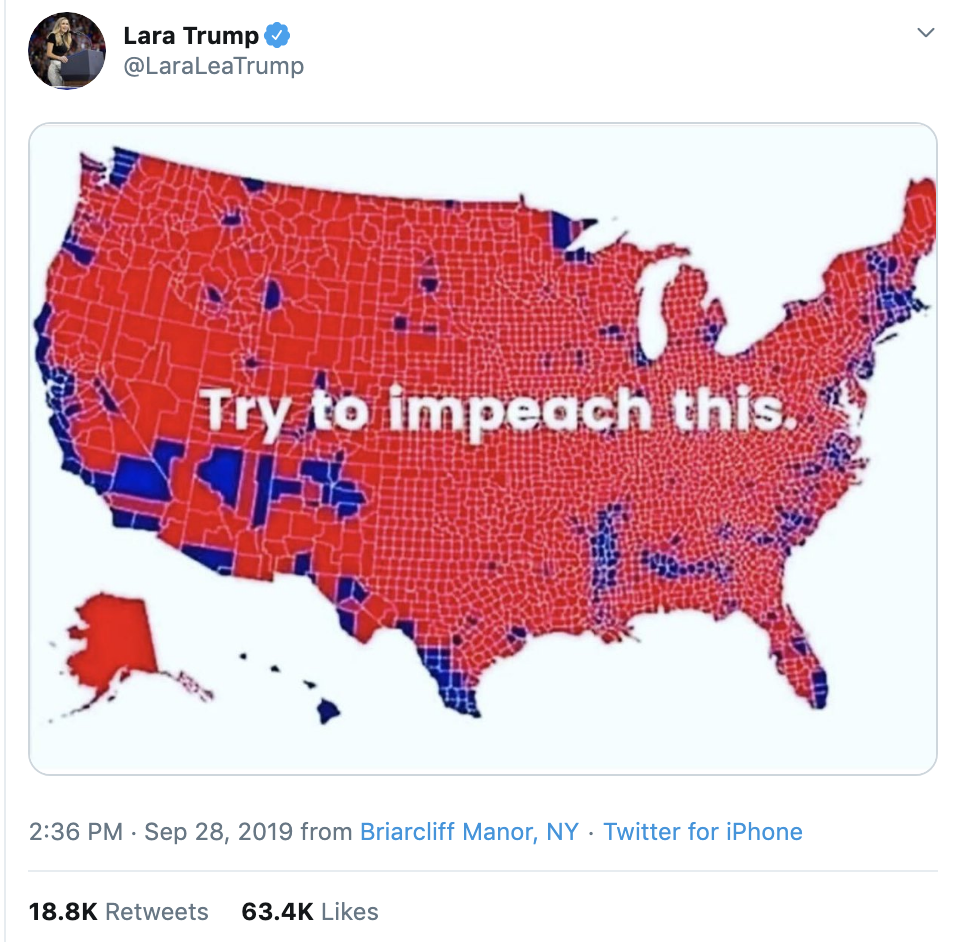 There are some small differences between the maps, but the one or two counties whose colors were swapped appear not to be in the interest of accuracy, but to perhaps confound fact-checkers who use reverse image searches in the course of their work. It also strongly resembled a map on Wikipedia showing votes by county in 2016.

At any rate, it’s a moot point where this map came from, because it was being used to make two points: First, that blue regions are geographically small and concentrated and that the size of counties and states matter more than the number of people who vote in them; and second, this map made the indirect claim that this showed the 2021 reality of the United States.

Both are untrue, making this claim misleading at best, but outright disinformation at worst. A more credible and accurate map reflecting the political reality on the ground as of November 2020 would look more like this: 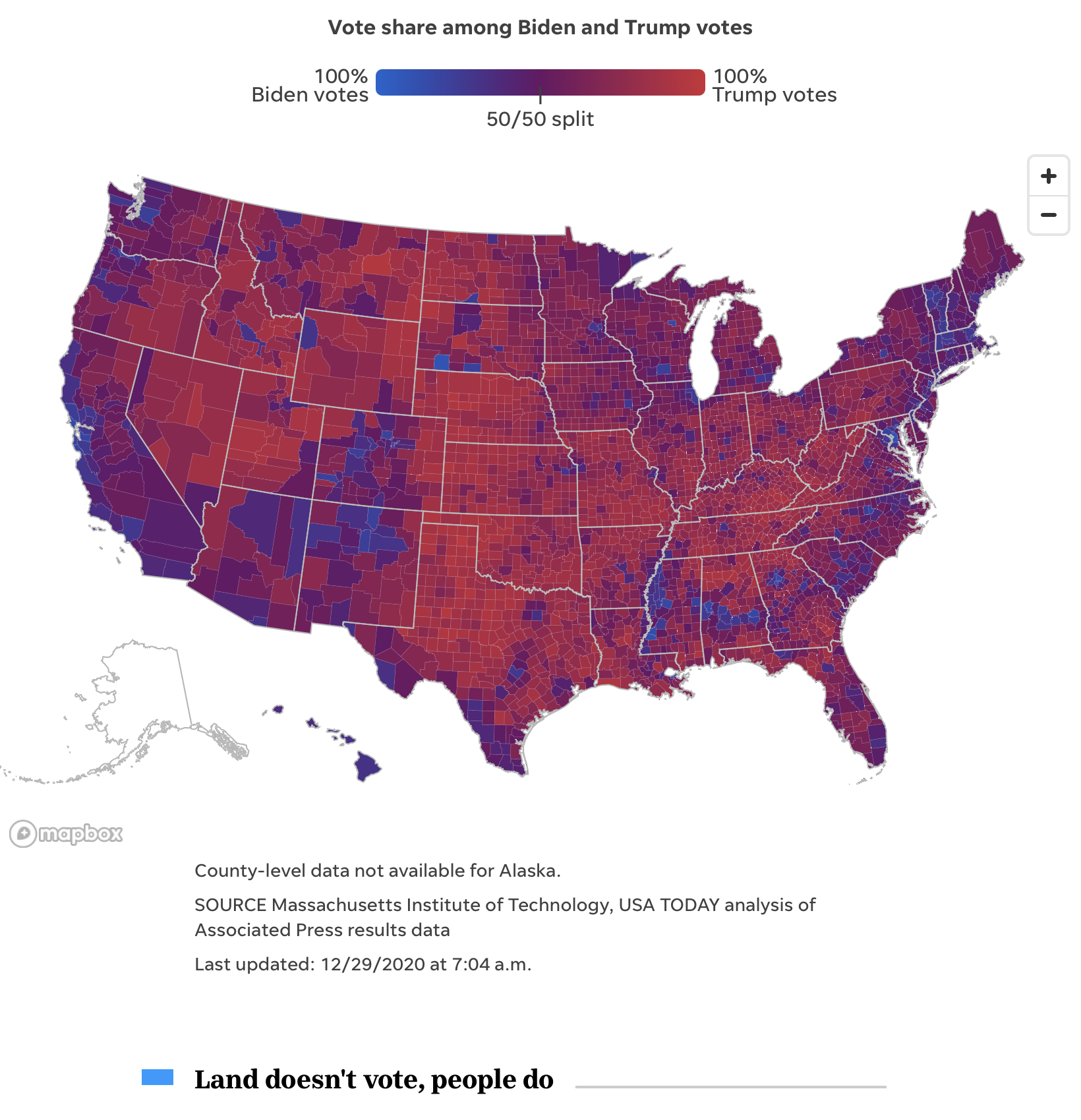 Maps are their own genre of disinformation, as they are generally visual guides that carry with them a high level of perceived authority despite never being completely accurate by their very nature, which makes them absolutely ripe for lending an extra layer of virality to hoaxes and scams on social media:

The famous book ‘How To Lie With Maps’ by Mark Monmonier said explicitly that: All maps lie. Cartographers have always been presented with the same impossible dilemma of projecting a three-dimensional object (the earth) onto a two-dimensional surface. The results are always distortions of the truth, ”an imperfect model of reality,” according to Cairo.

“Not necessarily as a conscious effort to mislead you, but maps are never reality itself. Sometimes people forget about this.”

“We will always have ‘better or worse’ maps, but never ‘true’, and we should avoid binary thinking as much as possible, thinking more in terms of the spectrum of reality: Is this map better or worse in representing the phenomenon that it is intended to represent?” he added.

While there are no foolproof ways to check the relative accuracy of maps without knowing the data that underlies their visualizations, it can be helpful to the political discourse — and online discussions in general — not to share maps making or bolstering claims without offering authorship or citations.