In early June 2020, the following image circulated with the claim that either “Black Lives Matter” or “Antifa” had defaced the 54th Massachusetts Regiment Memorial: 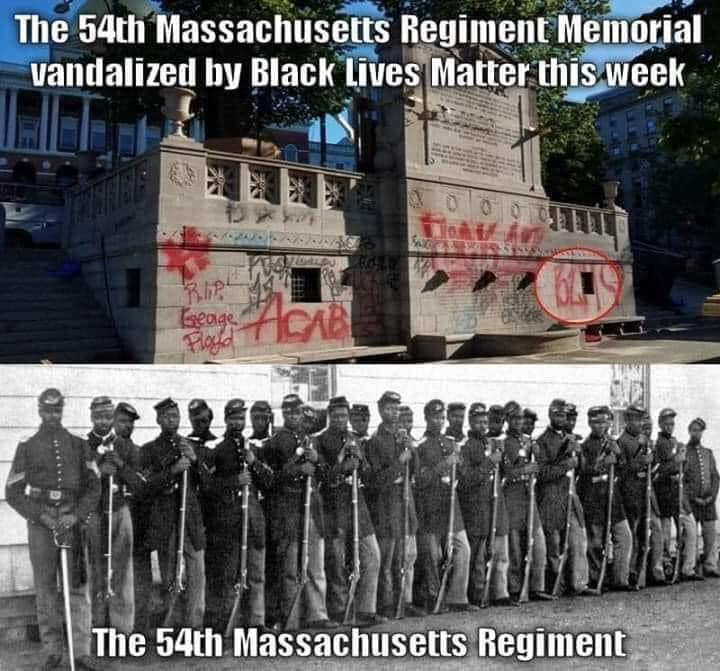 At the top of the image was a graffitied monument difficult to identify on sight, and on the bottom was a black and white photograph of black soldiers. Text on the respective images read:

On June 3 2020, WBUR published “16 Statues And Memorials Were Damaged During Sunday’s Protests, Including One Dedicated To African American Soldiers,” about damage to several Boston-area sites during May 31 2020 protests.

As the headline implies, the story mentioned that the Shaw Memorial was one of sixteen sites vandalized during protests, noting that the bronze sculpture was left alone and the “granite backside” of the monument was vandalized:

The Robert Gould Shaw and the 54th Regiment Memorial was one of 16 public art works damaged when thousands of protesters swarmed Boston Common on [May 31 2020].

A $3-million dollar restoration project for the sculpture dedicated to the African American soldiers who fought in the Civil War was granted clearance [in late May 2020]. The outbreak of the coronavirus had delayed the project.

The conservator’s recent prep work protected the front of the bronze relief with plywood, but its granite backside was vandalized with four-letter words and phrases including “Black Lives Matter,” “No Justice, No Peace,” and “Police are Pigs.”

“This monument is considered one of the nation’s greatest pieces of public art and the greatest piece to come out of the Civil War,” said Liz Vizza, executive director of the Friends of the Public Garden, “It was, amazingly enough, dedicated 123 years ago on May 31st – the day it was defaced [in 2020].”

That reporting went on to explain the context of the memorial site:

The Shaw Memorial captures the likenesses of the first African American volunteer infantry unit – the 54th Massachusetts Regiment – that fought after Abraham Lincoln signed the Emancipation Proclamation. Their colonel, Robert Gould Shaw, advocated for the men to join the war because they desperately wanted to fight for freedom. If the soldiers had been captured in battle they could have been enslaved or killed. Their heroic story was recounted in the 1989 Hollywood film “Glory.”

“They did fight in a major battle at Fort Wagner. And many of them were killed, including Shaw,” Vizza said. They were buried together in a mass grave.

This is Robert Gould Shaw: 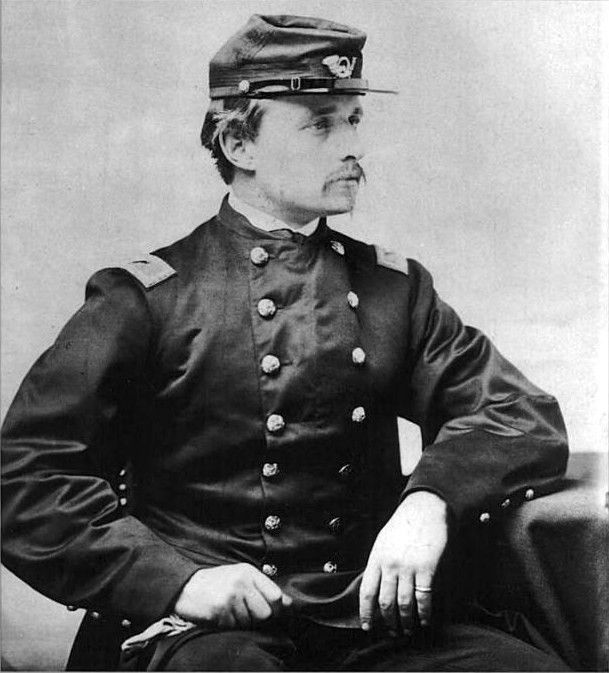 By the time the meme circulated in early June 2020, all sixteen sites (including the Shaw Memorial) had already been restored:

But Vizza said the Friends and the city rallied quickly to carefully clean all 16 damaged works including the 9/11 Memorial in the Public Garden and the statue of Abigail Adams on the Commonwealth Avenue Mall. They finished on [June 2 2020].

According to the meme, Black Lives Matter protesters definitively defaced the Shaw Memorial. But reporting from the date of the vandalism described “dueling protests” on May 30 and 31 2020:

Protests over the killing of George Floyd while in police custody in Minneapolis continued in dozens of U.S. cities [on May 30 2020], and Boston was no exception: After demonstrations here on [the night of May 29 2020] resulted in 10 arrests and injuries to four officers, crowds of protesters came out again on Saturday afternoon [May 30 2020] and evening in downtown Boston.

Adding to the unrest was a State House protest by the group “Super Happy Fun America,” best known for sponsoring last August’s [2019] “Straight Pride Parade.” This time they were calling for Gov. Charlie Baker to repeal all government restrictions related to concern about the spread of COVID-19 and reopen the state immediately, an effort that drew a sizable counter-protest from demonstrators concerned about the spread of the deadly virus and its disproportionate impact on people of color.

Later in the evening, the police brutality protests drew more contentious, as captured by protesters on cell phone video and posted to Twitter. Meanwhile, “Justice for George,” a “socially distanced” protest to “demand justice for George [Floyd] and support the Black Lives Matter movement” is planned for 3 p.m. [May 30 2020] at Government Center.

A number of appended images showed Black Lives Matter protesters in areas of Boston on the days reported. Additionally, counterprotesters and anti-lockdown protests were concurrently reported and documented.

It is not clear who was responsible for the vandalism seen in the meme.

The second image in the meme labeled as the “54th Massachusetts Regiment” is in fact available via the Library of Congress, where it bears the description, “District of Columbia. Company E, 4th U.S. Colored Infantry, at Fort Lincoln”: 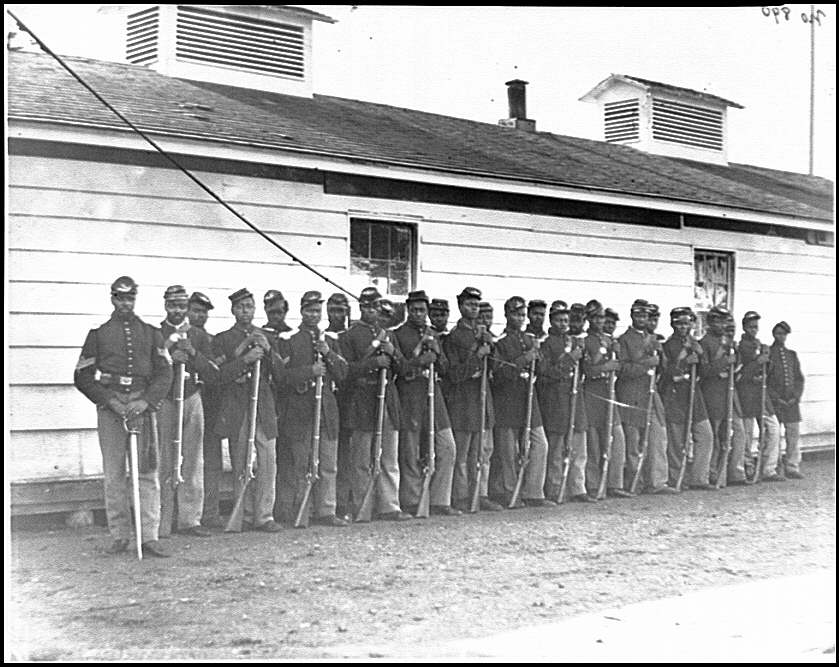