The photo, posted on Trump’s Twitter account on October 13 2020, showed a group of what appeared to be senior citizens alongside a person in a wheelchair onto which Joe Biden’s head had been digitally added; the image was placed atop a fake campaign sign reading, “Biden for Resident”: 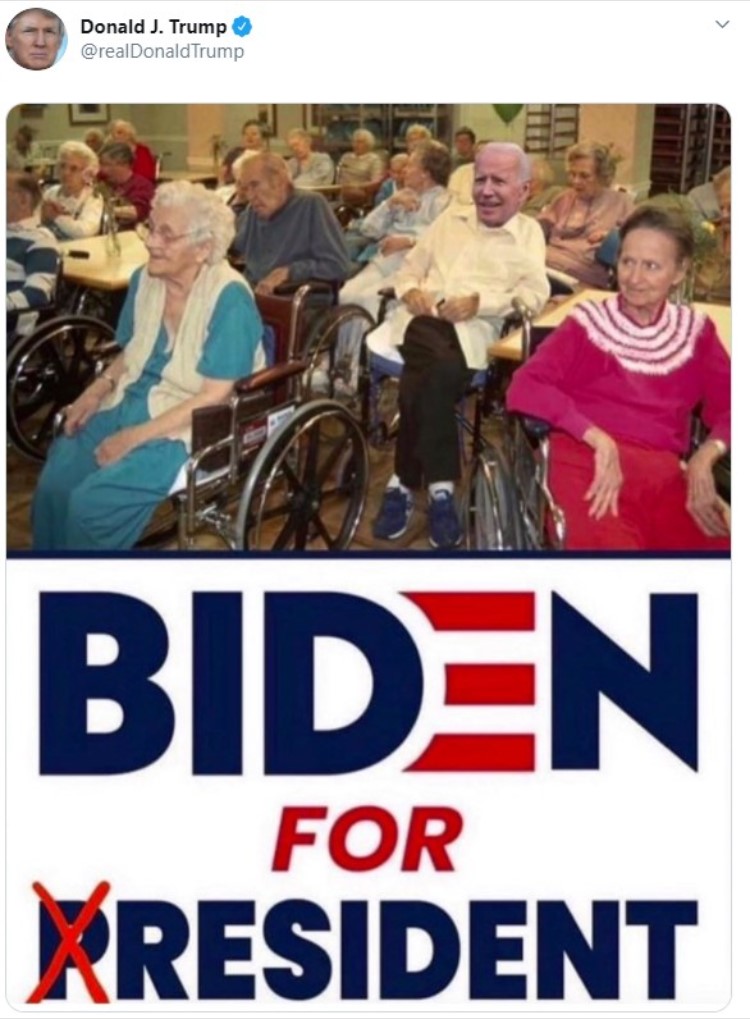 Some readers noted that Biden is only three years older than the 74-year-old Trump, who was hospitalized earlier that month after testing positive for COVID-19. Trump has since claimed to feel “perfect,” though both his administration and his physician at Walter Reed Medical Center, Dr. Sean Conley, have been evasive about several details concerning his treatment.

Trump also refused to participate in a virtual debate with Biden on October 15 2020, causing the cancellation of their planned second presidential debate; instead each candidate will take part in town hall events airing on separate networks.

According to the Center for Medicare and Medicaid Services, nearly 246,000 nursing home residents across the United States have been diagnosed with COVID-19; of those, 58,481 have died as of October 14 2020.

Trump’s mocking post also came amid an increase in news reports saying that senior voters — usually a reliable voting bloc for Republican candidates — had been siding with Biden as early voting began in several U.S. states.

“They’re turned off by him. They’re concerned for their Medicare, their social security, of course. But they can’t stand the hate, the vitriol. They’re considering Biden because of the way Trump behaves,” one local Democratic leader in Florida told The Guardian.