On September 12 2020, a screenshot of a purported Trump campaign text message began circulating — warning recipients that antifa might “attack” their homes and urging them to become a “Diamond Club Member”:

A screenshot of a text message read:

They’ll attack your homes if Joe’s elected. Pres Trump needs you to become a Diamond Club Member. Your name is MISSING. Donate: bit.ly/3ipuQPr

A URL included in the text involved a link shortener; our initial attempts to visit it led to a warning screen: 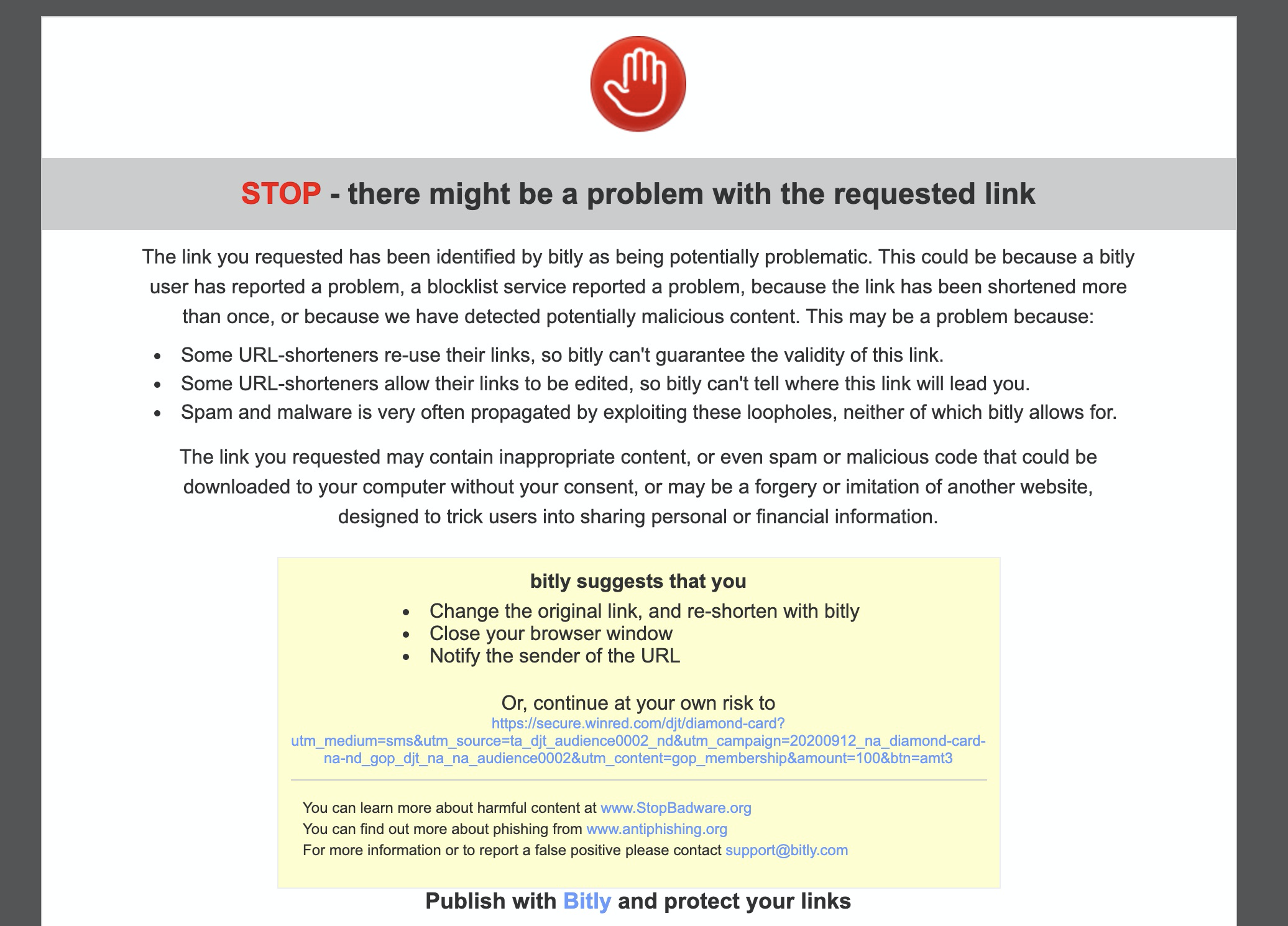 STOP – there might be a problem with the requested link

The link you requested may contain inappropriate content, or even spam or malicious code that could be downloaded to your computer without your consent, or may be a forgery or imitation of another website, designed to trick users into sharing personal or financial information.

Bit.ly also provided a link to the original, not shortened URL: https://secure.winred.com/djt/diamond-card. It led to the following splash page, which contained a money beg for a donation of at least $45: 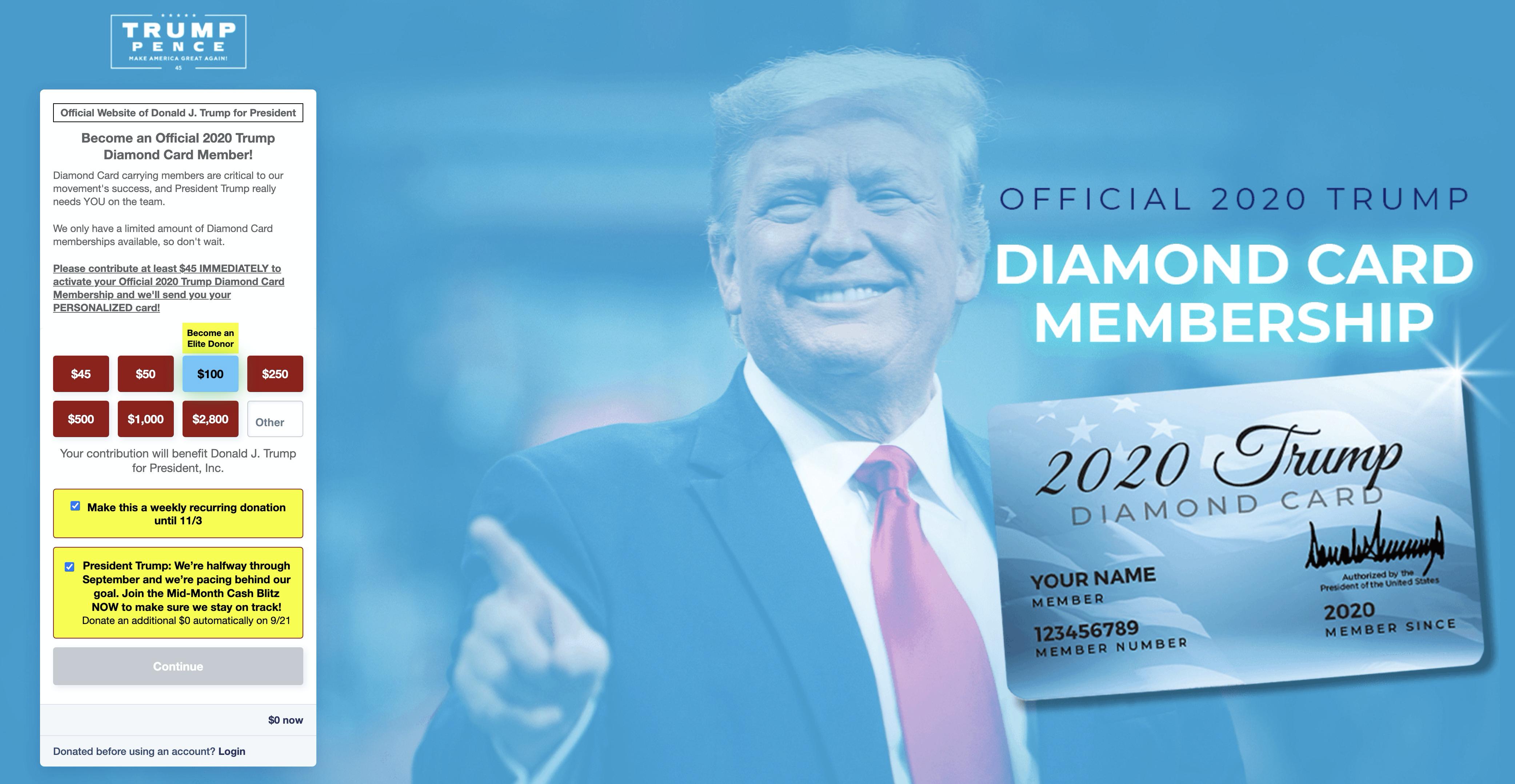 Text in the box on the left read:

Diamond Card carrying members are critical to our movement’s success, and President Trump really needs YOU on the team.

We only have a limited amount of Diamond Card memberships available, so don’t wait.

Please contribute at least $45 IMMEDIATELY to activate your Official 2020 Trump Diamond Card Membership and we’ll send you your PERSONALIZED card!

Other Twitter users shared screenshots and transcriptions of the text in question on or around September 12 2020:

Some very clear messaging from the Trump campaign:

They'll attack your homes if Joe's elected. Pres Trump needs you to become a Diamond Club Member. Your name is MISSING.

Trump sent this text out last night: "(1) ANTIFA ALLERT They'll attack your homes if Joe's elected. Pres. Trump needs you to become a Diamond Club Member. Your name is MISSING. Donate" yeah, he's trying to prevent panic all right. We've been getting

Another campaign text about ANTIFA pic.twitter.com/ckEm9vqMv4

Screenshots of a Trump 2020 campaign text spread on social media, labeled “ANTIFA ALERT.”  It falsely warned recipients that antifa — that is to say, anti-fascist protesters —  would “attack your homes” if Joe Biden was elected president, adding that “Trump needs you to become a Diamond Club Member.” Myriad iterations of the message were screencapped or transcribed and shared to Twitter by recipients in September 2020; a separate text warned “ANTIFA THUGS WILL RUIN SUBURBS.” The text is real; the situation about which the text is fearmongering is nothing more than a wild flight of fancy.