Wandavision included a clever visual callback to the animated film Tangled, in the form of an Easter egg.

In March 2021, the Facebook page “Marvellous Realm” shared the following image, which purportedly shows an “Easter egg” involving the live-action 2021 Disney+ show WandaVision, contrasted with what appeared to be a still from the 2021 film Tangled: 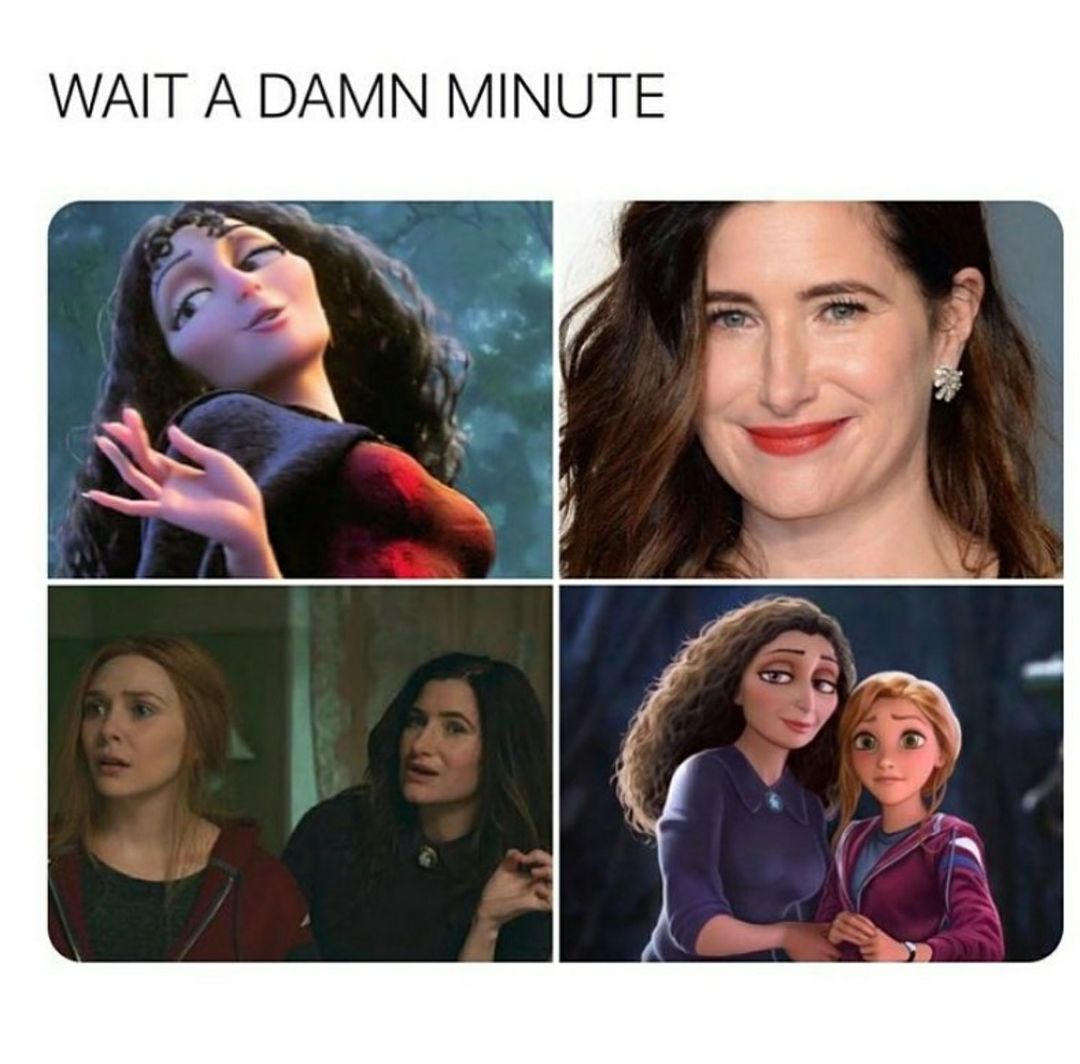 Text at the top of the four-square image read “wait a damn minute.” It implied that the creators of Wandavision intentionally dressed Agnes and Wanda as Mother Gothel and Rapunzel, respectively.

The meme was not the first Tangled-related social media discussion we have come across; in 2020, a meme maintained that Rapunzel’s character in Tangled was “quarantined” on an island with a coincidentally prescient name. That particular claim was out of context:

Rapunzel Was Quarantined in ‘Tangled,’ Google the Name of Her Kingdom?

Finally, the third image in the set was uploaded to KnowYourMeme.com in March 2021 (titled “Crossover – Wanda Vision: Tangled”), but the post itself lacked any context or source: 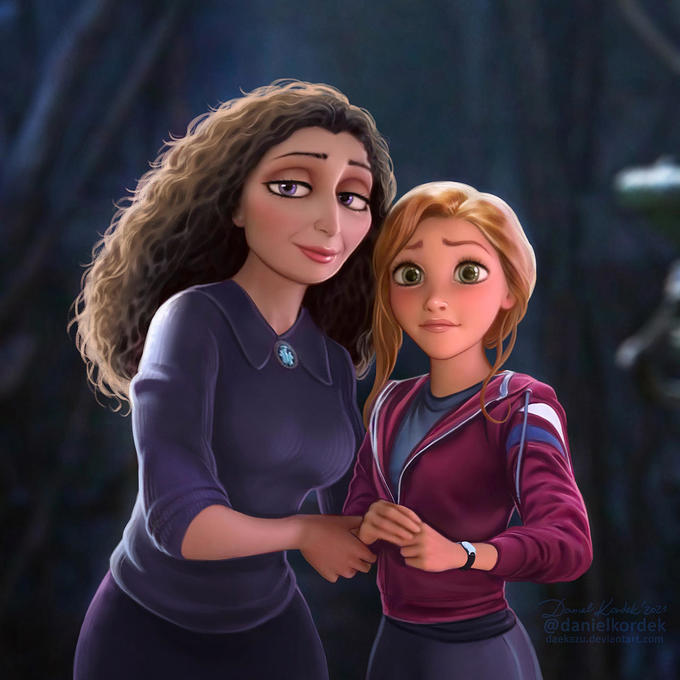 Faint text on the image itself in the lower right-hand corner included a signature, as well as the text “@danielkordek” and a DeviantArt URL. A tweet by an account with a nearly identical handle from March 4 2021 included the third image of an animated Wanda and Agnes, alongside a still of Rapunzel and Mother Gothel in Tangled. That tweet also labeled the image as “based on” Tangled.

In the original Tangled still, both characters’ outfits were different from the WandaVision version, and Rapunzel’s hair was blonde:

Also on March 4 2021, the same user uploaded the image to DeviantArt, captioned:

That creator appeared to be the original creator of the “edit,” intending to pay homage to WandaVision by altering a Tangled still. The artwork appeared to have quickly been removed from its context as fan art, and circulated without the context that it showed Wanda and Agnes as Mother Gothel and Rapunzel intentionally.

On March 4 2021, a DeviantArt account uploaded the first version of the WandaVision/Tangled meme, and did not present it as reflective of stills in either WandaVision or Tangled; the creator labeled it as “based on” the older film. At some point, someone spliced the artwork together with stills from the show and the film and an image of Hahn, creating the inaccurate impression that Rapunzel appeared in a hoodie in Tangled. However, the creator’s intent was clearly artistic and the image was not intended to be used in the format to which it later evolved. For that reason, we have rated the meme Not True.