Disinformation was rife on November 4 2020, including a high-engagement tweet by Mike Coudrey (@MichaelCoudrey) falsely asserting that there were more votes counted in Wisconsin than there were registered voters. It looked like this: 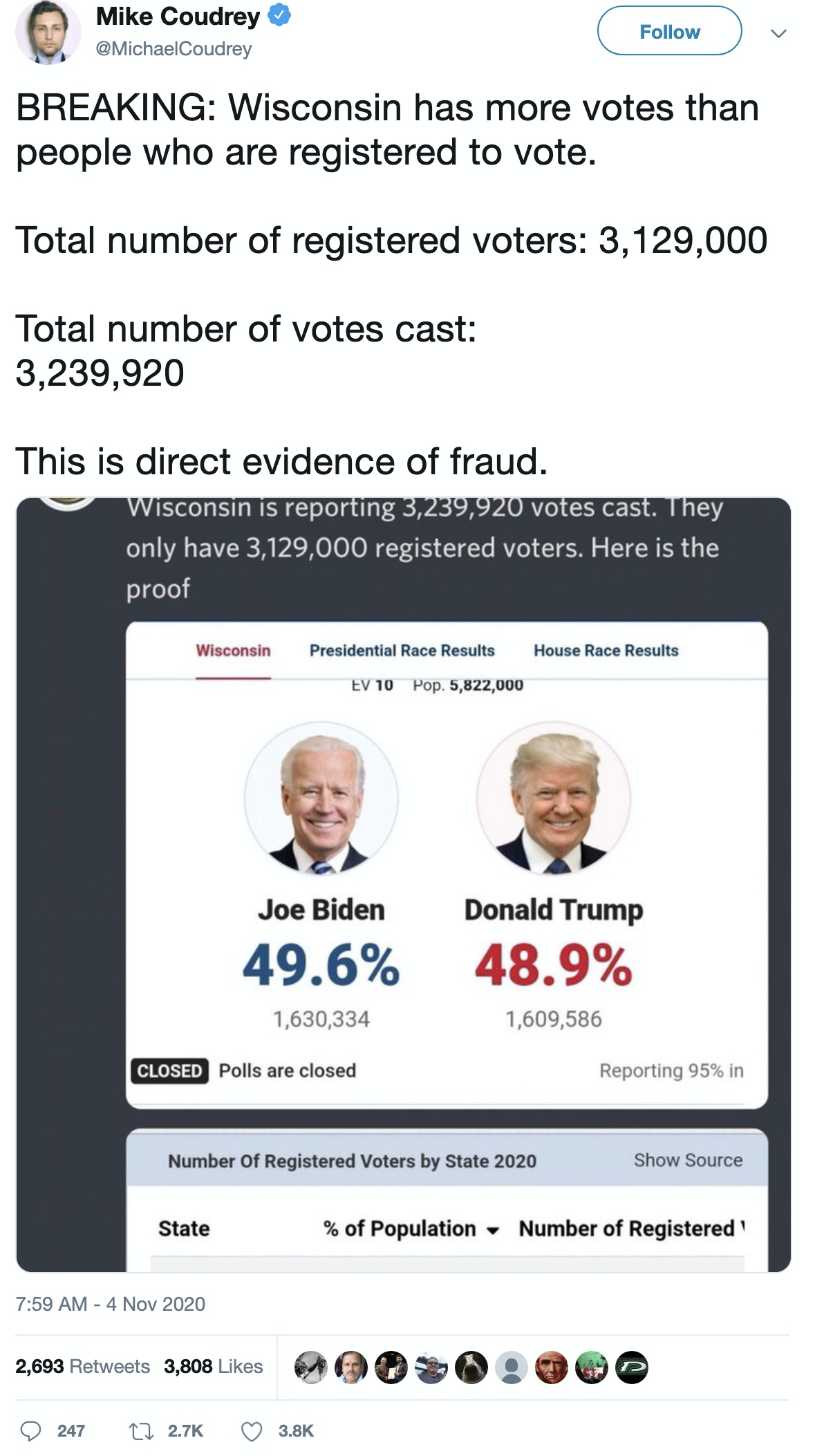 BREAKING: Wisconsin has more votes than people who are registered to vote.

This is direct evidence of fraud.

We have already mentioned Coudrey, a repeat offender, in prior fact checks; once during a spate of disinformation about Jeffrey Epstein, and once when he was pushing medical disinformation. Since Coudrey’s tweet about “direct evidence of fraud” involving “more votes than people who are registered to vote” in Wisconsin was deleted, the source for the attached content was unclear.

Unsurprisingly, similar claims proliferated on 4Chan’s /pol/ (archived). Those claims were more focused on overall turnout in Wisconsin, without citing the figures in the tweets.

Coudrey claimed that there were 3,129,000 registered voters in Wisconsin, and that 3,239,920 votes were counted. This was extremely easy to fact-check. Per the state of Wisconsin’s records: 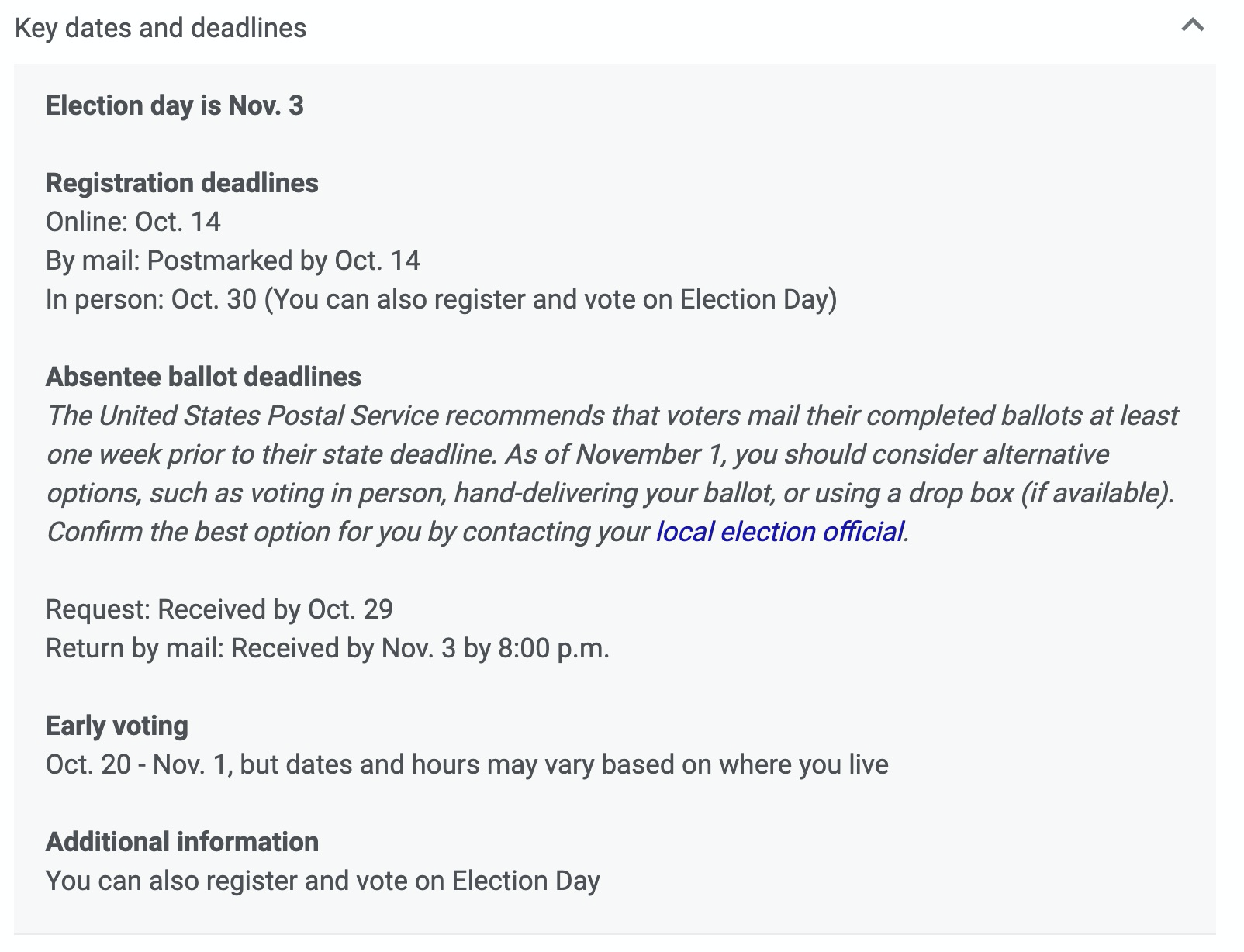 Coudrey’s deleted tweet falsely claimed that there were 3,239,920 votes counted in Wisconsin, but only 3,129,000. Although the claim was easily proved false based on Wisconsin’s records (themselves not reflecting same-day registrations), it proliferated alongside baseless claims that it was “direct evidence of fraud.”