News outlets ignored the arrest of 1,500 pedophiles in the first few months of Donald Trump's presidency.

The right-wing blog Town Hall provided an early example in Donald Trump’s presidency of his online acolytes attempting to give him credit for something for which he could not take responsibility.

The blog claimed in February 2017 that “a staggering 1,500 U.S. arrests” related to sex trafficking had taken place since Trump took office a month earlier, and also that the Federal Bureau of Investigations (FBI) had tracked “less than 400” similar arrests in 2014. 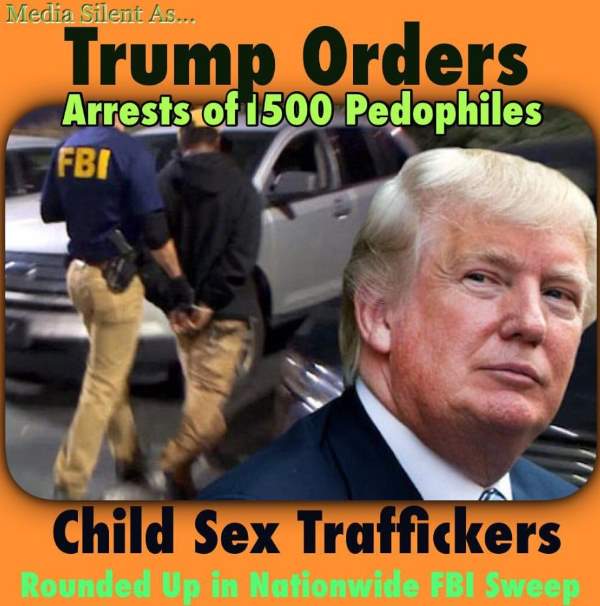 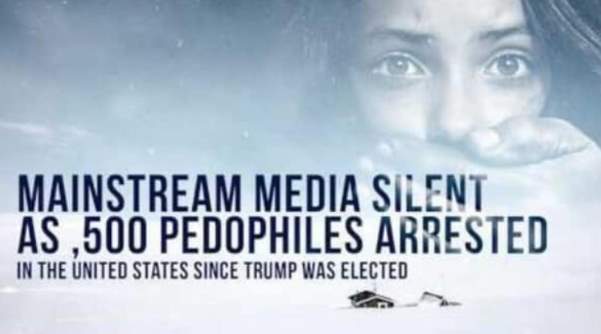 The blog cited a 2014 report published by the Department of Justice (DOJ) that in and of itself had limited findings and includes a disclaimer for readers:

The data in the tables included in this report reflect the offenses and arrests recorded by state and local law enforcement agencies (LEAs) that currently have the ability to report the data to the national UCR Program. As such, they should not be interpreted as a definitive statement of the level or characteristics of human trafficking as a whole.

Besides relying on incomplete data, the blog cited separate investigations that wouldn’t have been authorized by Trump. Such as an investigation by authorities in Tennessee that produced 42 arrests that actually began in 2015; or a prostitution sting in Harris County, Texas that made 178 arrests in a month as part of the “13th annual National Johns Suppression Initiative,” meaning the agencies involved were cooperating long before the start of Trump’s presidency.

It should also be noted that each investigation, contrary to the blog’s claim, was covered by “mainstream media.” By that reasoning, Trump’s predecessor Barack Obama would take credit for the 1,400 arrests for human trafficking by U.S. immigration officials in 2015 alone.

With the advance of “human trafficking”-related paranoia in right-wing online circles, more posts resting on these types of claims have spread through social media, and have also been weaponized as a means to launder greater right-wing ideologies into public circles.