"Illegal immigrants" are trashing the Arizona desert when they pass through on their way into the United States.

A photograph showing trash and debris scattered across a desert landscape comes as part of a chain email that says it is an “eye-opener” from the Sonoran Desert region in Arizona, showing a trash-covered landscape:

According to chain emails and Facebook posts, thousands of backpacks, clothes, food wrappers, water bottles and soiled baby diapers were discarded by “illegal aliens” along a trail leading north to Tucson from the Mexican border. The verbiage generally goes one of two ways:

The photograph was reportedly taken in 2007 by members of the now-disbanded Minuteman Civil Defense Corps, a self-styled “border watchdog group” co-founded by Jason “J.T.” Ready, a neo-Nazi who shot and killed his girlfriend, her daughter and granddaughter, the daughter’s fiancé, then himself in 2012.

The group apparently discovered the litter in 2007 while they were in the Sonoran Desert just south of Tucson, Arizona. The photo is real in that it was not digitally altered. However, it does come with a highly misleading description.

According to the group, people fleeing across the desert typically have backpacks full of clothing, food, and other supplies for their long trek to or across the U.S. border. When they arrive, they change into a clean set of clothes and leave everything else behind because there is not enough room in the packed vehicles used to transport them.

However, this is not entirely accurate on its face, and raises still more questions. This is indeed an area that is indeed frequented by people who are attempting to cross the border, but it is not clear how much of this comes from those crossing, how much comes from hikers, and how much is simply detritus that has gathered in a natural depression. How did they know how much trash came from any one particular group?

There are many reasons people leave clothing and backpacks behind that are not listed in the original email or the descriptions that have appeared since.

Because the border walls that separate the United States and Mexico cannot be built over much of the rugged terrain of the deserts the two countries share, the United States erected walls to the west to push people into the more forbidding desert region in a bid to discourage people from trying, and to incapacitate those who do try the arduous trek: 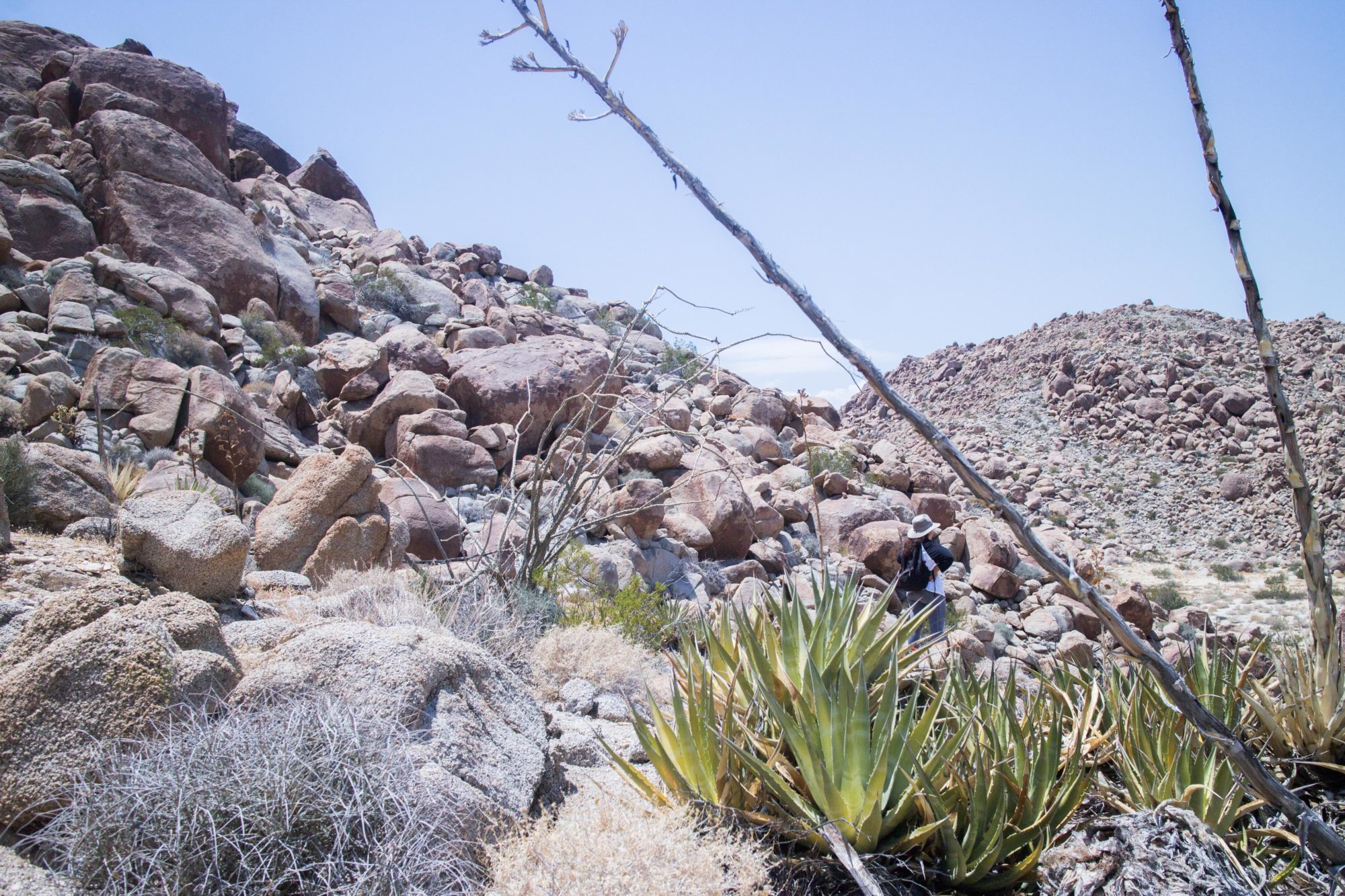 Sometimes people do simply leave their belongings there in order to begin their new lives. Sometimes they are too weak to carry their possessions from the rest stop because they are sick or dehydrated from their journey across the desert.

And often, their possessions are found alongside their remains. 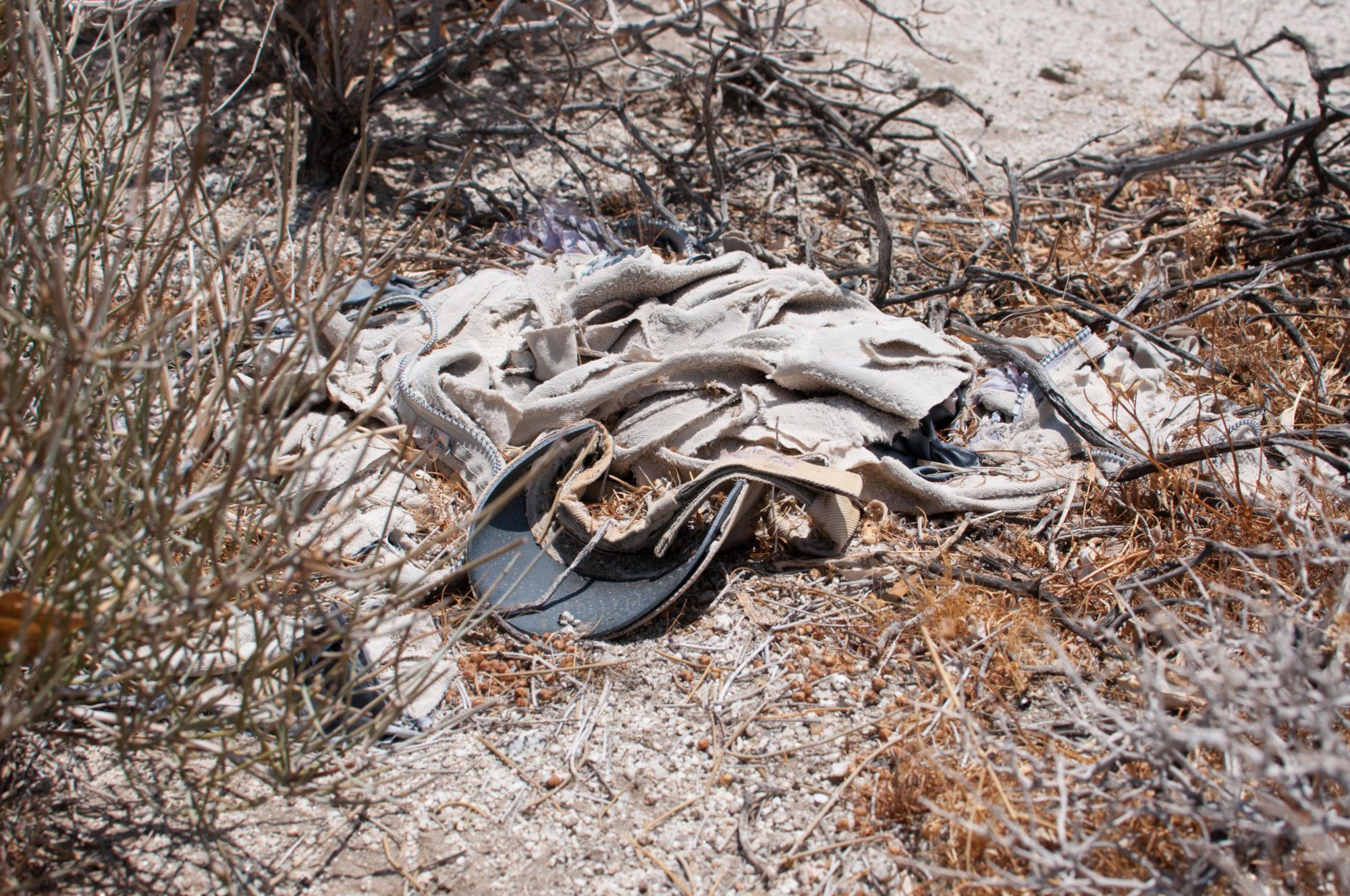 There are some groups — such as Arizona’s Colibrí Center for Human Rights — that work to identify those who have died from the harsh elements so that they can notify their families in their home countries. As of June 2018, they had 3,000 open cases of people who went missing along the border:

The remains of nearly 2,900 people have been recovered along the Arizona-Sonora border in the past two decades and of more than 10,000 along the entire U.S.-Mexico border.

The deaths and disappearances have continued unabated, said Eric Peters, deputy chief medical examiner for Pima County, who joined the office in 1998. “It peaks and valleys, but it still remains a problem.”

The Border Patrol blames smugglers who guide migrants through more isolated and perilous terrain, who tell them to run if they see an agent and leave them behind if they can’t keep up.

To [Colibrí executive director and co-founder Robin] Reineke, though, it is a painfully under-resourced humanitarian crisis that needs to be documented.

The remains recovered in the desert are often decomposed, at times just skeletons, and there’s a lack of valid ID in most cases. A positive identification is very challenging, Peters said.

At the medical examiner’s office they often resort to X-rays, alternative techniques to get fingerprints, as well as internal findings such as the presence or absence of an appendix or gallbladder to make note of anything that can help narrow down the search when a family reaches out, Peters said.

Still, more than a third remain unidentified, some from as far back as from 2000.

Human rights activists also regularly leave water and food at points along the paths used by people fleeing from violence and harsh economic conditions so that at the very least, people will not die of hunger and thirst: 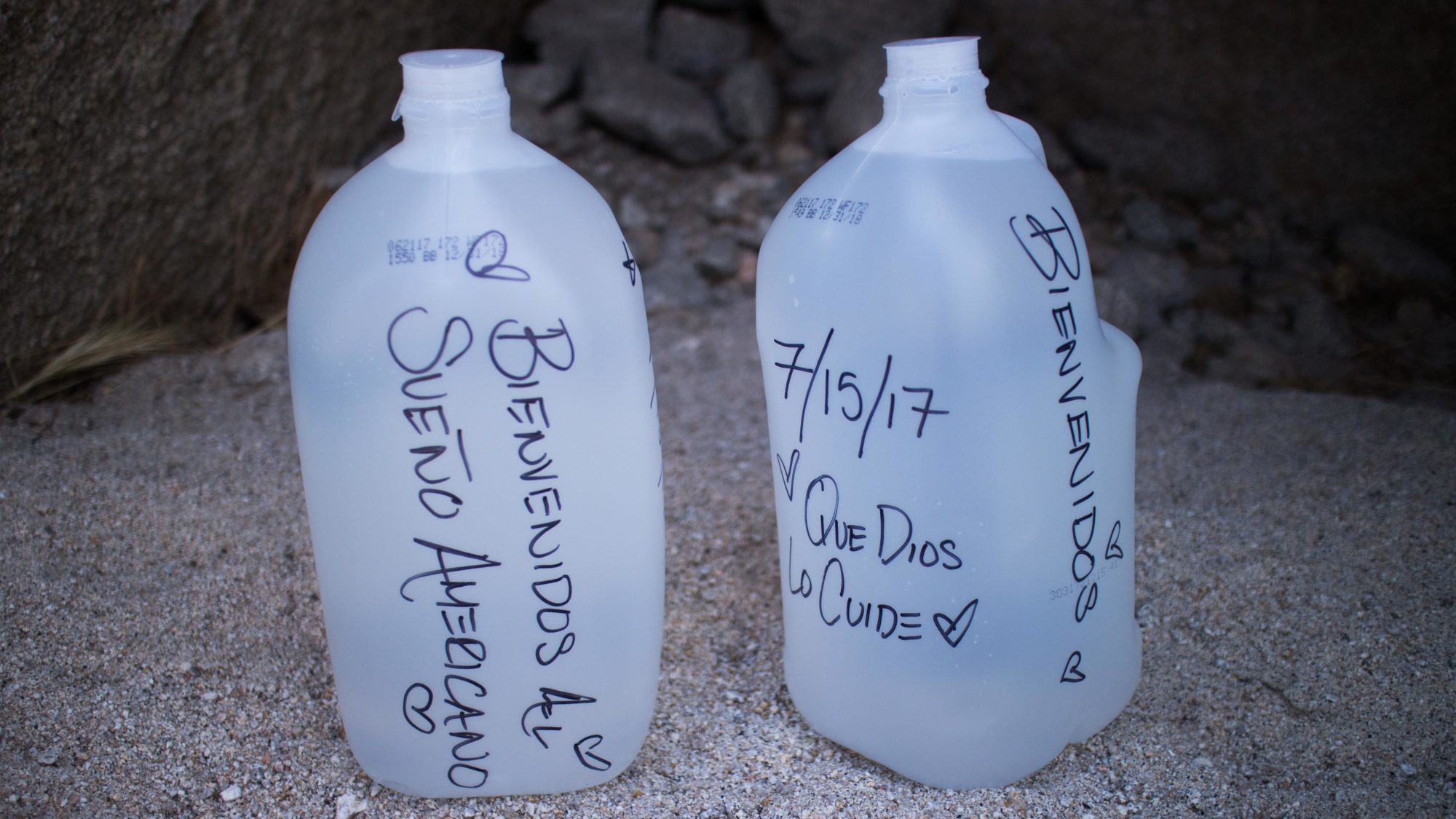 These bottles of water are often kicked over, slashed to bits, or emptied by border agents or their supporters (such as the aforementioned “border watchdog groups”) who then leave the empty bottles in the desert in order to further discourage the already dehydrated — essentially condemning those most at risk to death.

This eRumor began circulating in 2007 and regularly goes viral. The photos are passed on by supporters as one of the reasons they justify harsher immigration laws, but without the additional context of who else frequents these areas and why. That led to an inaccurate interpretation of migrants as sneaky scofflaws, condemning people without evidence for purportedly trashing a pristine desert rather than asking what might motivate them to take a long and terrifying journey at great personal risk across one of the most forbidding terrains on the planet toward an uncertain future.

12/19/2018, 10:26am: Updated with context, details, and photographs from our own reporting throughout. The archived original can be viewed here. –bb